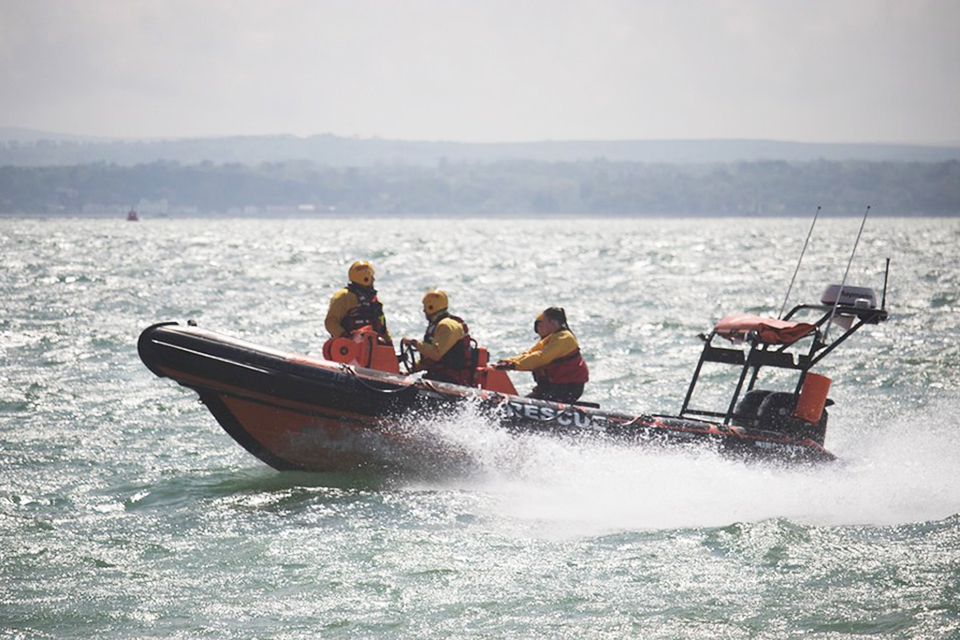 Rescue charities have been given a £1 million lifeline after a fund to provide life-saving equipment was extended today (16 May 2019).

So far, the fund has paid for 82 new boats, more than 1,800 items of equipment for rescue operations and in excess of 5,000 items of crew kit to keep volunteers safe on missions.

The Maritime Minister visited Bolton Mountain Rescue Team to announce the scheme’s extension and to see the positive impact of the fund on charities’ ability to save lives.

We want everyone to be safe in and around water, but sometimes people get into difficulty.

This fund has helped more than 100 charities across the UK buy new boats and equipment to help save people’s lives.

I am proud to have secured additional funds to extend the scheme so it can have an even bigger impact on keeping people safe.

In the past 4 years, Bolton Mountain Rescue Team has received funding for a new boat, new engines and other life-saving equipment worth more than £40,000.

Without the support of the DfT Rescue Boat Grant, Bolton Mountain Rescue Team would not have been able to develop and maintain its water rescue capabilities in the way it has over the last 4 years.

We have protective clothing, boats and rescue equipment which can be used to assist our community during flooding incidents and help the team with its search capabilities.

As a charity which relies on donations and grants this a hugely important award that supports our operations and effectiveness.

Over the first 5 years of the scheme, 258 bids for the fund have been successful, help more than 100 search and rescue teams.

In 2018 alone, it funded 15 new boats and a hovercraft as well as many other new items of equipment and vital personal protective equipment.

This year’s competition will be opened during Maritime Safety Week in July (2019). Bids will be judged by an expert panel, chaired by officials and including representatives from Defra and the devolved administrations as well as expert advisers from the Maritime and Coastguard Agency, RNLI and the Royal Yachting Association.