It is the MAA’s vision to be a ‘world class military air safety regulatory and assurance organization…’. The achievement of this vision is through 5 strategic outcomes; strategic outcome 4 specifically identifies that the MAA aims to be “…acknowledged by all [UK Defence Air Environment (DAE) and aviation regulators worldwide] as being at the forefront of air safety thinking and sustained in that position through sharing good practice”.

Director General Defence Safety Authority has highlighted recognition as a main activity within the organisation, citing the cost benefits and influence it can deliver, as well as the requirement to expand activity further in this area. For the MAA, success in this area will only be realised if the recognition activity is adequately prioritised and resourced at an appropriate level with the authority to exert that influence.

Currently, the recognition activity is led through the MAA Regulation Division primarily as a secondary duty and in support of International Engagement. With the rising prominence of Recognition activity and to deliver maximum benefit against this Strategic Outcome, it has been decided that international engagement and recognition (IE&R) activity should be resourced and conducted at the appropriate level and be devolved from conflicting Regulation Division priorities and responsibilities.

Recognising the benefits of IE&R activity, in 2008 the MAA committed to the European Defence Agency (EDA) to participate in the Military Airworthiness Authorities (MAWA) Forum and associated Task Forces (TF), which have been latterly transformed into Advisory Groups (AG), to develop common regulatory, certification and oversight processes. Early engagement was ad-hoc in nature, with activity not fully co-ordinated. Since this time, MAA IE&R influence has continued to grow amongst our international colleagues.

With the outcome of the UK/EU Referendum, the MAA participation within the European framework is under scrutiny across the MAWA community and wider afield. For the MAA to retain any credibility and influence within the various Forums, it is important for the MAA to be seen as a committed force to be reckoned with. This 1 star (1*) led forum requires representation at the appropriate level, with consistency to ensure continued participation. A number of options were considered in terms of how the IE&R activity could be resourced and the agreed way forward from the MAA Executive Board, was for IE&R to be split from Regulations and be established as a pillar in its own right. MAA IE&R will be headed-up by a Civil Service B1 and supported by 2 full time personnel. MAA–IE&R-DepHd will report to MAA-Reg-Cert Hd as shown as follows: 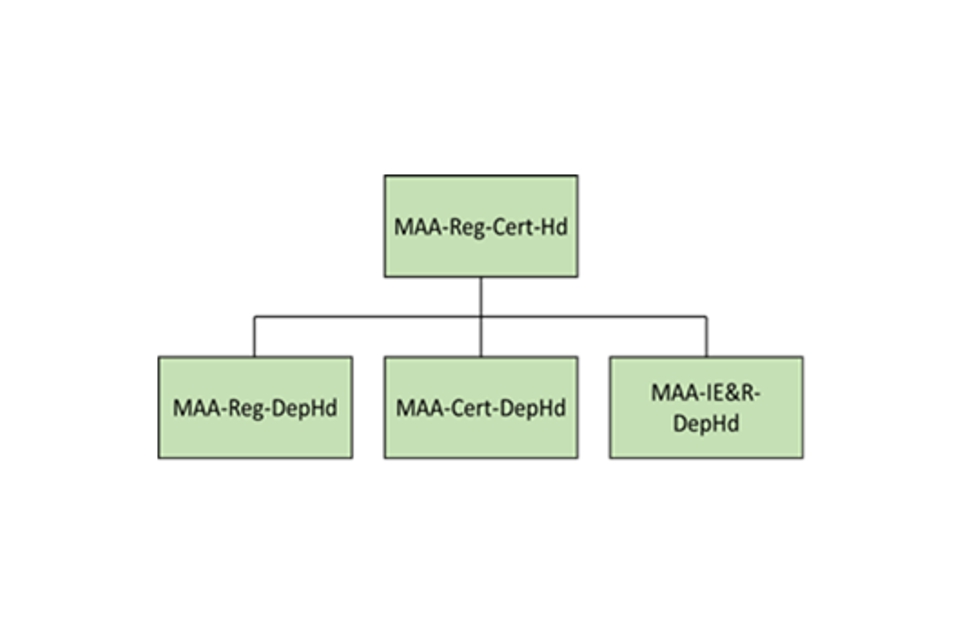 IE&R activity is an important deliverable in support of the MAA’s vision to be a world class military Air Safety regulatory and assurance organization that is proactive, innovative, modern, efficient and effective. IE&R activity enables the: