Trawsfynydd ended electricity generation in 1993 and is well on its way to being decommissioned.

We’re making good progress in reducing the risks and hazards at our sites in North Wales – but we’re also making a valuable contribution to the communities in which we operate, and to the wider Welsh economy.

Events like this are a fantastic opportunity to meet our stakeholders face-to-face and talk about the work we’re doing, but also to discuss how we can do more to leave a lasting positive legacy and realise greater public value. 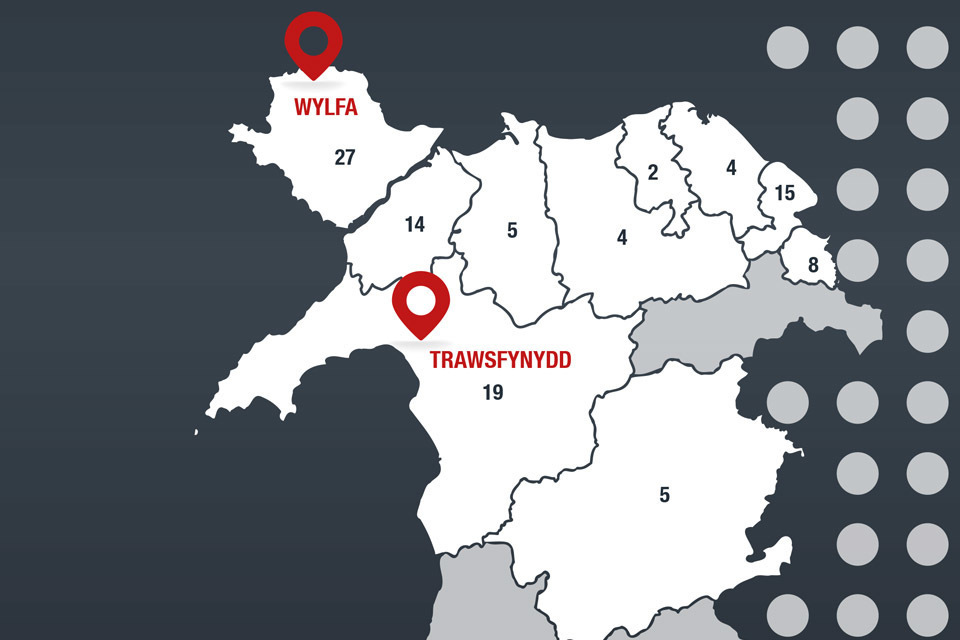 The NDA owns 2 nuclear sites in Wales: Wylfa and Trawsfynydd. The map shows the number of suppliers involved in decommissioning within each constituency.

The NDA owns 2 sites in Wales: Wylfa and Trawsfynydd. They are currently at different stages of their lifecycles. Trawsfynydd ended electricity generation in 1993 and is well progressed along its decommissioning journey. Wylfa was the last Magnox nuclear power station to finish generation in 2015.

The NDA is also supporting skills and training opportunities to help local economies diversify as Trawsfynydd and Wylfa are decommissioned. Since 2010, more than £3.8 million has been invested in further education infrastructure in North West Wales.

For more information on our socio-economic investments, see our Socio-Economic Report 2017 to 2018

Environment Trial to help hen harriers gets ready for action…