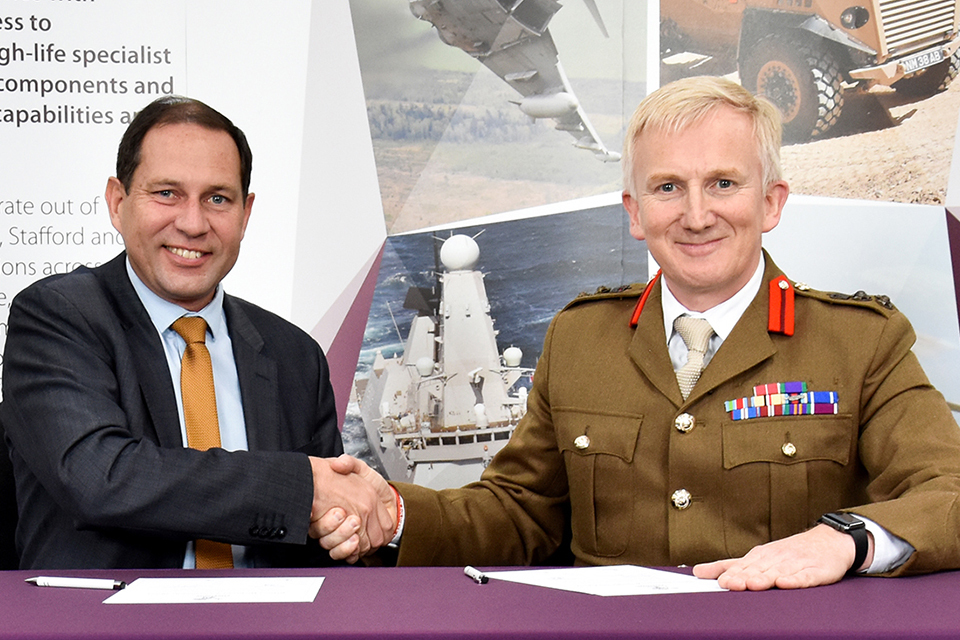 DECA employs over 440 staff, of which more than 10% are ex-service personnel. The agency provides specialised maintenance, repair, overhaul and upgrade services for a wide range of electronic components used in UK Armed Forces’ vehicles, aircraft and ships, mainly from Deeside but at other UK sites too. The Agency is part of the SSSL Joint venture, with BAE Systems and Northrup Grumman that has recently won global assignments worth over £2Bn to support component repair on the new F-35 aircraft, which are flown by the Royal Navy and RAF.

Geraint Spearing, DECA Chief Executive said, “DECA has a long heritage supporting the UK’s Armed Forces and we are extremely proud to signal this commitment by signing the Armed Forces Covenant today, demonstrating out continued recognition of and support to those who protect our nation with honour, courage and commitment.”

The Armed Forces Covenant is a promise from the nation that those who serve or have served in the UK Armed Forces, and their families, are treated fairly. The programme in Wales is delivered by the RFCA for Wales Regional Employer Engagement Directors on behalf of Defence Relationship Management. Over 120 Welsh organisations and employers have already signed the Armed Forces Covenant.

RFCA for Wales provides Defence with an extensive ‘network of networks’ to enable understanding and collaboration between the military and civil communities in Wales. There are over 3,000 signatories to the Covenant across the UK, with a growing number of organisations signing up to it every week.

International Affairs FCO performing above the Civil Service Average on…