The RAF has today announced that it has appointed its first ever female three-star officer. Sue Gray, a Royal Air Force engineer, has been promoted to the rank of Air Marshal, making her the most senior female military officer in the British Armed Forces, and once more proving that gender is no obstacle for a career in the military.

Air Marshal Gray will shortly take up the role of Director General of the Defence Safety Authority. Here she will lead the way in overseeing the independent organisation, empowered by charter from the Defence Secretary, to undertake the roles of regulator, accident investigation and Defence Authority for safety.

56-year old Air Marshal Gray joined the Royal Air Force in August 1985 and has worked in a variety of roles within the RAF including: engineering on VC10 Transport aircraft, an extensive period with the Joint Helicopter Force during which time she deployed on both Gulf Wars, tours within the Defence Equipment & Support (DE&S) organisation, leading the Combat Clothing Project Team and more recently leading the department delivering engineering and logistics support for fighter, training and Remotely Piloted aircraft for all of the Armed Services.

In June 2016, she was appointed Air Officer Commanding Number 38 Group with responsibility for circa 3,000 personnel, across multiple disciplines (including Engineering, Logistics, Aviation Medicine & Catering). Air Marshal Gray takes up her new appointment in March.

I am incredibly proud to be the most senior female military officer in the British Armed Forces. Throughout my career I have been fortunate to have a job that was more of a way of life, working with likeminded people in an exciting and rewarding environment. As an Engineer Officer in the Royal Air Force I am part of a team, who succeed together. I have been privileged to lead highly successful teams, military and civil service, through some challenging situations on operations and back at home.

As the RAF’s Science, Technology, Engineering and Maths champion, I have a lot of contact with the younger generation – who never fail to impress me and fill me with confidence for the future. 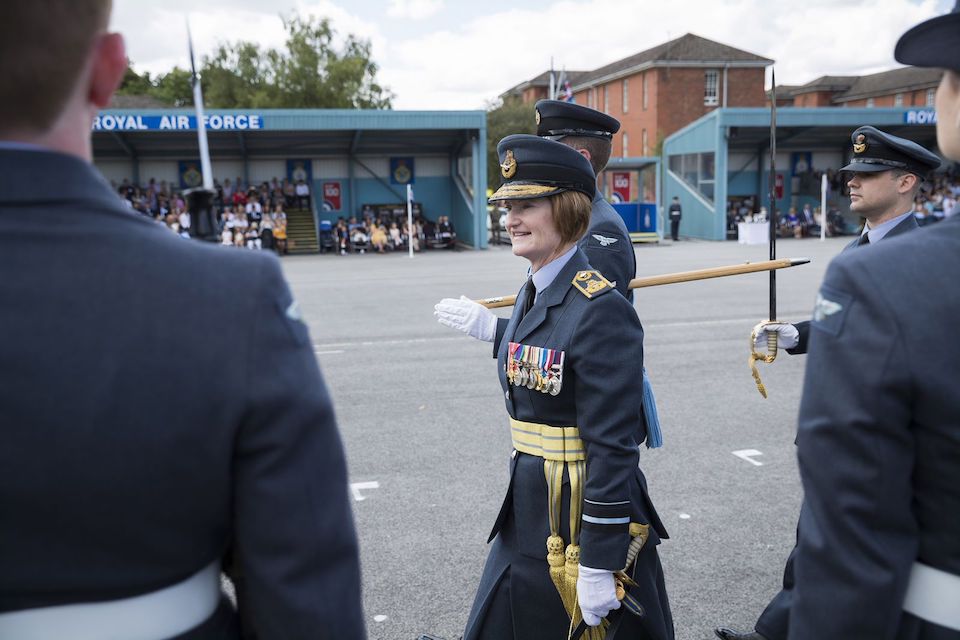 This is an historic moment as we see the most senior female appointment in the British military. Air Marshal Gray’s career shows that with hard work, skill and determination, gender is no obstacle to achieving the top ranks in the Armed Forces.

Having served in Iraq as the Chief Engineer for the Joint Helicopter Force, I hope that young girls will look up to Air Marshal Gray and see that a career in the Armed Forces will offer them every opportunity to succeed, irrespective of their gender and background.

I offer my most sincere personal congratulations to Air Marshal Gray on her promotion and I wish her every success in her important new role leading the Defence Safety Authority. Her promotion is proper recognition of her outstanding contribution to the RAF and Defence, as an engineer, as a leader and as a superb role model.