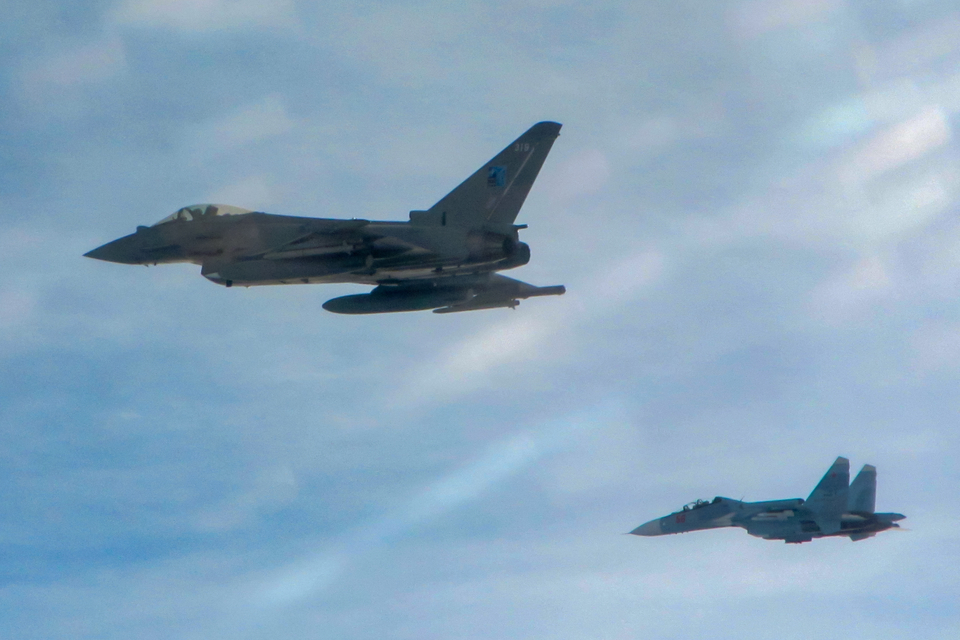 Our commitment to NATO and European security is unwavering and our brave RAF pilots have shown once again that we are ready to respond to any threat to the UK and its allies. Alongside our NATO allies, we must remain vigilant and aware of Russian military activity.

This was a routine NATO mission for the Typhoons which took over the NATO Baltic Air Policing mission from the German Air Force last month. The presence in the Baltics provides reassurance that the UK is here to work in partnership with Estonia.

A Typhoon pilot from XI(Fighter) Squadron, attached to 121 Expeditionary Air Wing (EAW), was conducting Quick Reaction Alert duty when the scramble was called. He said:

We were scrambled to intercept a group of four Russian fighters. The intercept was routine and we stayed with them for around 25 minutes during their transit from mainland Russia to the Kaliningrad oblast.

This is the fourth Quick Reaction Alert (QRA) scramble since the RAF deployed in April 2019 as part of Baltic Air Policing. The RAF operates alongside its NATO allies to deter Russian aggression and assure NATO allies of the UK’s commitment to collective defence.

International Affairs Minister for the Armed Forces visits Washington a…
0
✖