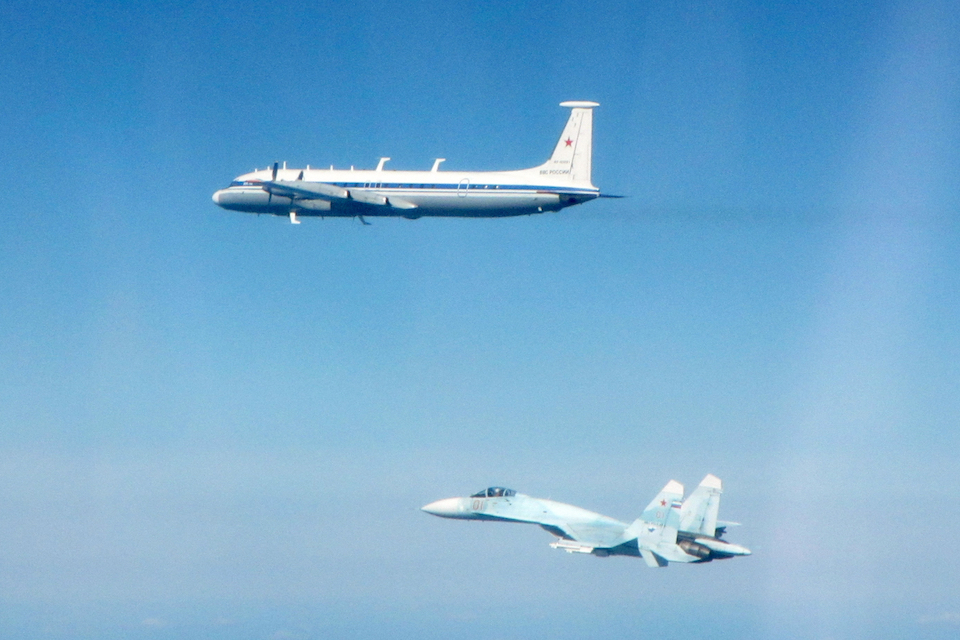 On Tuesday 14 May Typhoon jets launched a Quick Reaction Alert (QRA) scramble out of Ämari Air Base in response to two Russian SU-27 Flanker fighter aircraft and one IL-22 aircraft that were flying along the Baltic coast heading towards Kaliningrad.

On Wednesday 15 May Typhoons once again launched from Ämari to intercept another two SU-27 aircraft and an IL-22 and escorted the formation towards Russia.

At the same time as our troops forge stronger ties with NATO Allies in Estonia, our RAF Typhoons are policing Baltic skies and providing a rapid response to any approaches towards NATO airspace.

Together it sends a clear message – we are committed to defending NATO’s borders and will support our Allies in deterring any threats.

These are the first QRA scrambles since the RAF took over the NATO Baltic Air Policing mission from the German Air Force last month. Both were conducted in a safe and professional manner throughout.

The RAF operates alongside its NATO allies to deter Russian aggression and assure NATO allies of the UK’s commitment to collective defence.

This is a routine NATO mission for the Typhoons which provides reassurance that the UK is here to work in partnership with Estonia.

On 14 May 19 my flight of QRA Typhoons were scrambled on a Baltic Air Policing Mission tasked to intercept and identify an unknown aircraft. Six minutes after take-off from Ämari Air Base, vectored by Estonian fighter controllers, we closed quickly on a Russian IL-22 which was being escorted by two Russian SU-27 fighters.

Flying alongside the Russian aircraft at a safe distance, myself and my wingman (a United States Airforce Lt Col), ensured that the Russian aircraft were safely escorted around Estonian airspace. The Russian pilots and crews behaved in a professional and calm manner with nothing untoward. We subsequently handed the Russian formation over to the Hungarian QRA that had launched out of Lithuania to continue the e****t towards Kaliningrad.

This was the first Baltic Air Policing Mission of the Typhoon Detachment providing assurance of our capability and demonstrating the UK’s commitment to our NATO Allies.

International Affairs Change of Governor of Turks and Caicos Islands &#…
0
✖