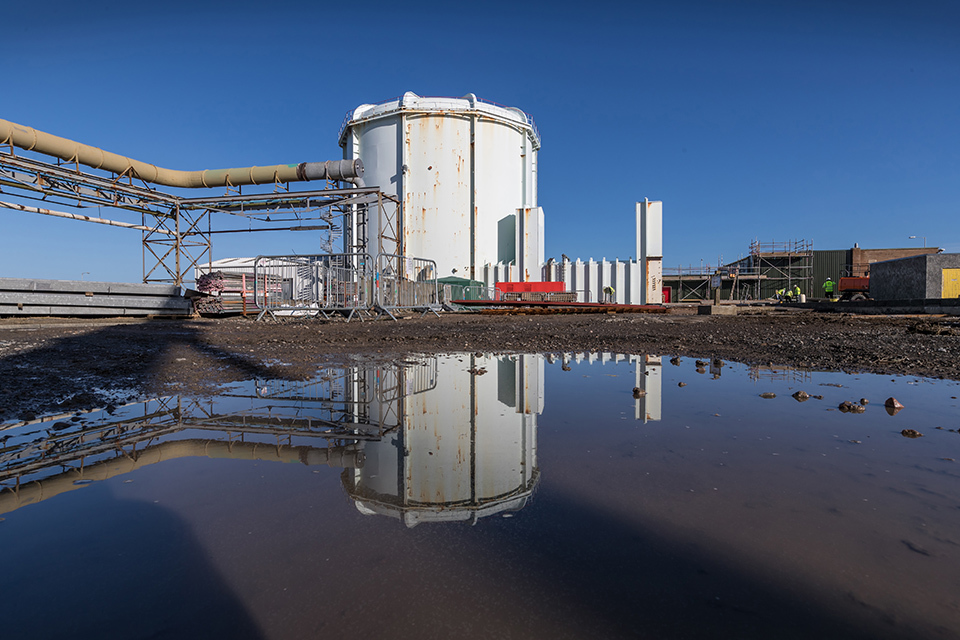 Dounreay Materials Test Reactor (DMTR) was the first operational nuclear reactor in Scotland and achieved criticality in 1958. It was built to test the effects of radiation on different materials and operated for 11 years.

The demolition of the reactor building will be a major skyline change for Dounreay and will signify another major hazard reduction milestone at one of the Nuclear Decommissioning Authority’s (NDA) sites.

Dounreay site, and the surrounding communities, have made an incredible contribution to the advancement of the UK’s nuclear industry for several decades. That contribution continues to this day with the pioneering work being carried out at Scotland’s largest nuclear decommissioning project.

The start of the work to demolish Dounreay Materials Test Reactor represents a significant step in our mission to decommission and clean-up the legacy from the very earliest days of the UK’s nuclear industry.

The 3-year contract has now been awarded to Cavendish Nuclear and its partners, local firm JGC Engineering, KDC and Frazer-Nash Consultancy, for the dismantling of the reactor block and demolition of the structure.

This is the culmination of a decade-long project to remove the internal structures from the reactor and its support buildings including a fuel storage pond, waste drum store and post-irradiation examination cells.

When DMTR was constructed in the late 1950s, it was technologically advanced and innovative. Sixty years on, its demolition will be an important demonstration of the decommissioning progress being made at Dounreay.

We were very encouraged by the response from the supply chain and our team has worked hard to undertake a robust assessment of each of the competing bids before awarding the contract.

I am delighted our innovative and collaborative approach to reactor dismantling, using proven and cost-effective technology in conjunction with the local supply chain, will deliver the greatest skyline change seen at Dounreay for many years.

Cavendish Nuclear and its partners have pledged to source materials and services from local sub-contractors as part of its commitment to the socio-economic development of Dounreay’s supply chain and wider Caithness community.

This is the latest in a number of major contracts to be awarded in the last year as the site’s closure programme progresses.

Graham Construction was awarded a three-year contract in October and will soon begin to build an intermediate level waste storage facility on the site.

Dounreay, which was once the UK’s centre for fast reactor research, is now Scotland’s largest decommissioning project. The work is being delivered by Dounreay Site Restoration Limited on behalf of the NDA.