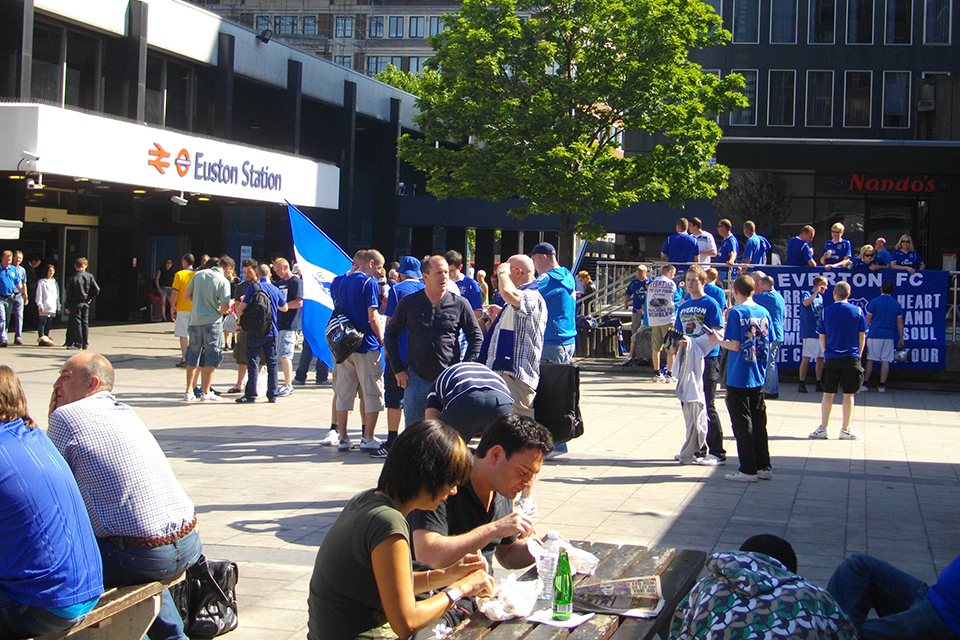 A fairer and more flexible deal for football fans who are affected when matches are rapidly rescheduled is “within reach”, Rail Minister Andrew Jones announced today (14 February 2019).

The Department for Transport has reached an agreement with football authorities, British Transport Police (BTP) and the Rail Delivery Group (RDG), representing train companies and Network Rail, that will see the Premier League working with the industry to create a package of measures aimed at improving the railways for all users on match days.

It will focus on encouraging more people to travel by train to football games, and will also ensure that passengers should not have to pay more for their train tickets in the event a match is rescheduled for TV.

The Premier League is currently drawing up an agreement to underpin this commitment. When confirmed by train operators and football clubs, trials will be launched to understand how future schemes can deliver more flexibility over train tickets for fans, improve stewarding on trains and lead to closer interaction between clubs and the BTP, ensuring better support and security on matchdays.

Football is all about passionate fans, and the last thing loyal supporters deserve is to pay more when matches are rescheduled at the last minute.

That’s why I’m delighted that the government has helped secure a vital agreement that will bring together clubs, operators and British Transport Police. Significant changes are now within reach, which can ensure even more people use our railways to get to games and improve the experience for all passengers on match days.

To drive this forward, I will be meeting with the Premier League and rail industry shortly to ensure our focus is on delivering a safe, secure and fair railway that works for fans, passengers, the clubs and the operators.

We are working closely with the government on an extensive range of schemes, and we are confident there are some truly transformational projects that we can take forward.

Both the Premier League and government are committed to working hard for a fairer, affordable, safer deal for football fans. We continue to work with rail industry leaders on proposals and look forward to setting out a joint way forward which will improve the travelling experience for fans on matchdays.

We fully endorse these discussions and are delighted to work alongside the government and the Premier League with a view to improving the travelling experience for all passengers particularly on match days.

Quite rightly the railway is a popular method of transport for fans and that’s why we are determined to work together to ensure journeys are a positive experience that don’t require police intervention. We’re really looking forward to and are excited by the next steps in this process.

It’s not fair that last minute changes to the match day schedule can increase costs for travelling fans which is why train companies are working together to see how we can increase flexibility and give people more certainty about their ticket.

This has to be alongside the ongoing, cross-industry work to tackle anti-social behaviour from an extreme minority of people on match days so that we can ensure everyone travelling can have a comfortable journey.

The government is focused on delivering successful trials as quickly as possible. If successful, these could then be rolled out more widely to cover fans across the country.

Transport Near miss with track workers at Browney Curve
0
✖