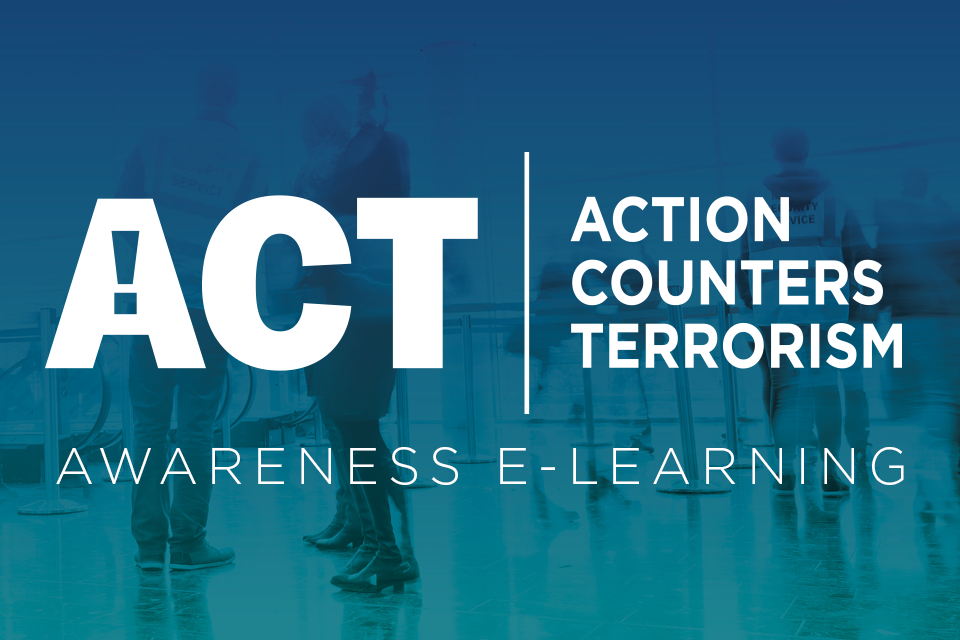 Natalie Tait and Joanette Fourie, both of London, have shared their own accounts of being caught up in the London Bridge and Parsons Green attacks, in the hope they can encourage more people to sign up to Counter Terrorism Policing’s online training package – ACT Awareness eLearning – on the first anniversary of its release.

The ground-breaking training has since been adopted by more than 3400 businesses nationwide, delivering the potentially life-saving information to nearly a quarter of a million people.

The training is free of charge to all qualifying organisations and consists of six primary modules designed to teach staff about the threat to the public from terrorism and how to mitigate it, such as spotting the signs of suspicious behaviour or how to react during a firearms or weapons attack.

It is a package that could save your life and as Joanette personally experienced, it can change the way you react in an emergency situation for the better.

She had undergone Project Argus training just two days before boarding the carriage that would carry her and an improvised explosive device to Parsons Green.

I got on the train at Wimbledon, and I remember being happy that I got a seat, the train was full, and I was looking at a little girl with her mum going through some spelling words for a test. We were sitting just along the carriage from the device. It detonated as we arrived at Parsons Green, and the explosion lasted just milliseconds but felt like much longer. Thanks to the training I had just done, I knew instinctively what had happened and what I needed to do.

Unfortunately for Natalie, when the worst happened she was not so prepared and believes that she suffered more trauma during and after her experience as a result.

What affected me most, both during the incident and in the weeks afterwards, was the uncertainty and the panic. Experiencing the training before this happened would certainly have helped me. When the fire alarm goes off at work, nobody panics. That’s because that training is drilled in from an early age.

If this training allows people to react more calmly in that awful situation then the resulting mental trauma can be reduced and that means we’re not letting the terrorists win, because they want to spread fear.

This training is there to help. It is free, easy to access and complete and it is really informative. You watch it, you store it somewhere in the back of your brain and hope to never use it. But should you have to, your instinct will kick in you will know how to react and what to expect.

The online course is interactive and can be tailored to suit business’s needs, offering those who complete it a nationally accredited commendation.

Originally designed with industries such as retail, entertainment and hospitality in mind, Counter Terrorism Policing’s National Coordinator for Protect and Prepare, Chief Superintendent Nick Aldworth also believes faith centres and religious establishments should consider delivering the training to their staff, volunteers and parishioners.

The horrific attacks which have recently in New Zealand and Sri Lanka demonstrate that places of worship are still viable targets for extremists. Whilst still rare, attacks can occur at any time or place without warning and the threat level in the UK from terrorism remains at SEVERE, meaning an attack is highly likely.

ACT Awareness is available for faith centres to use and I would urge religious leaders to consider this training for their churches, mosques and synagogues.

Natalie and Joanette have bravely come forward to share their experiences with us, so we can better understand why it is so important that as many people as possible arm themselves with this crucial advice – it is 45 minutes that could potentially save your life.

For more information about the ACT Awareness e-Learning package, and to find out whether your business qualifies for access to this free resource, visit www.gov.uk/government/news/act-awareness-elearning.

Law Sentence increase for violent rapist who hid in v…