Two unknown soldiers have been laid to rest more than 100 years after they fell serving their country during World War 1. The service took place on Tuesday 30 April at the Commonwealth War Graves Commission’s (CWGC) Ovillers Military Cemetery, on the Somme in France.

The service, organised by the MOD’s Joint Casualty and Compassionate Centre (JCCC), was conducted by the Reverend Stuart Richards, Chaplain to the 1st Battalion The Royal Regiment of Fusiliers (RRF). 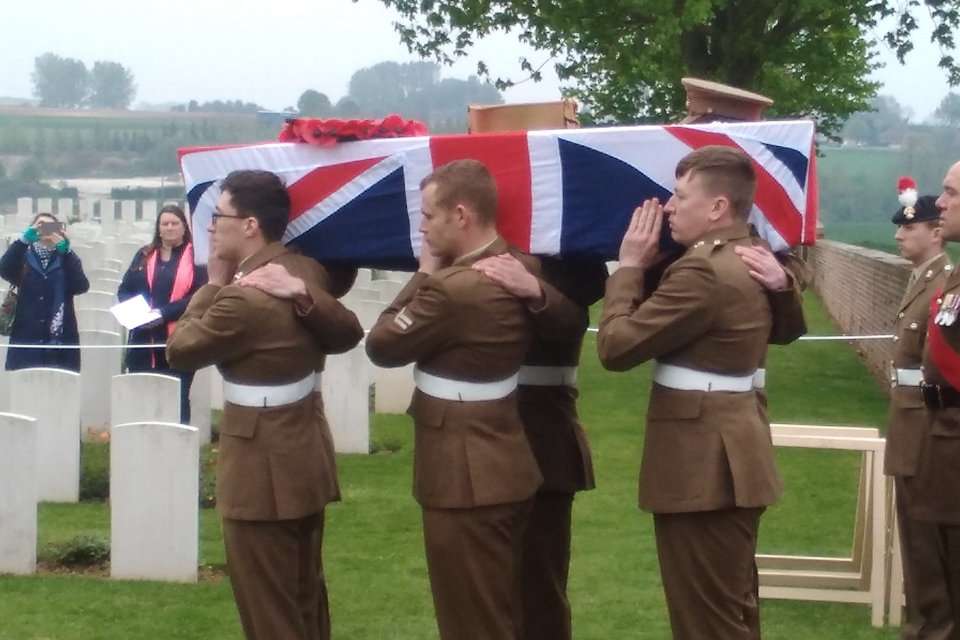 The bearer party carries the coffin of the unknown Northumberland Fusilier, Crown Copyright, All rights reserved

Whilst 1 solider was identified as a Northumberland Fusilier through artefacts found with his remains, sadly no artefacts were found with the second solider. It is believed that he also died during the Capture of La Boisselle in July 1916. The second soldier was buried as an unknown soldier of an unknown regiment.

Both men were laid to rest by a burial party composed of members of the Royal Regiment of Fusiliers. 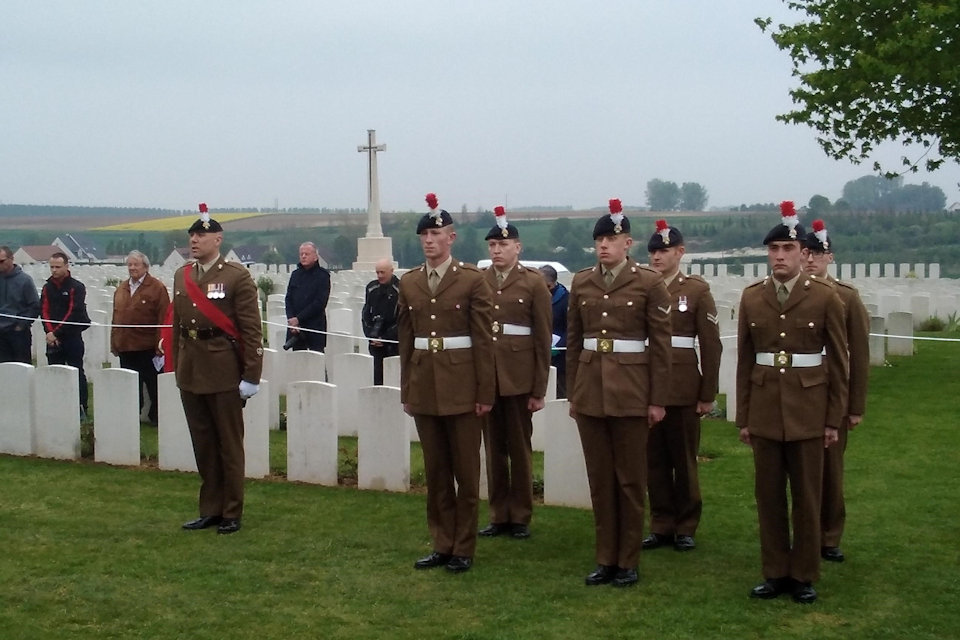 Despite extensive research, it was not possible for the JCCC to identity either of these soldiers due to the high number of casualties.

It’s a matter of great personal sadness that we have not been able to identify either of these brave men, return their names to them and bury them in the presence of their families. That said, their military family is here to mourn them both and lay them to rest with the dignity, respect and honour they deserve.

The remains of both soldiers were found in March 2015, within a ploughed field north of the village of La Boisselle in an area that was known as Mash Valley during the Battle of the Somme (July 1916). 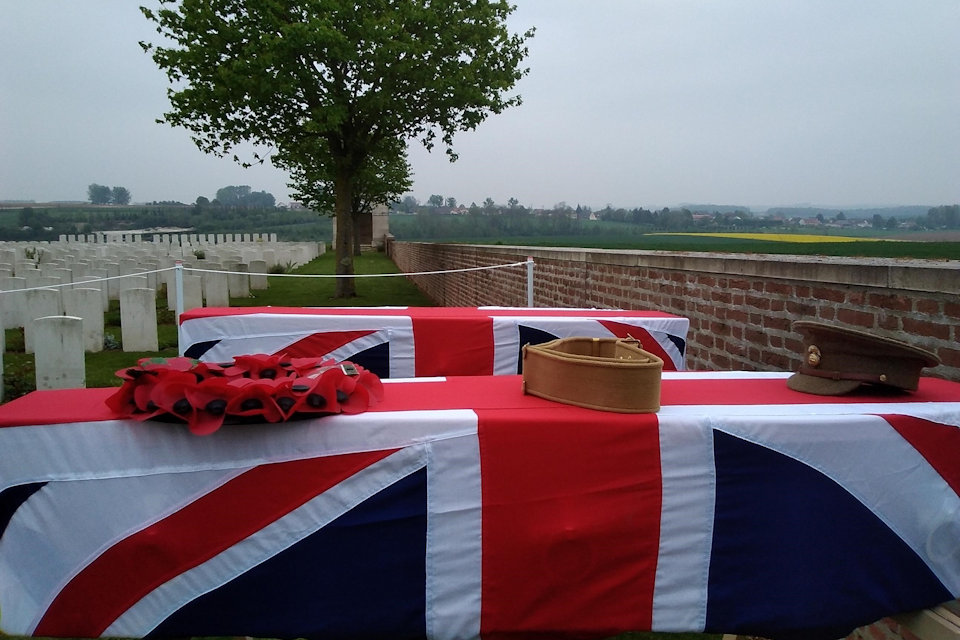 Although its over 100 years since the end of the World War 1, people are still moved to remember and honour the fallen, and as each year yields yet more bodies it is a deep privilege to take part in the burial of British soldiers and continue the tradition of a century of remembrance.

Although it has not been possible to identify these 2 soldiers, their service and sacrifice has not been forgotten. They have been laid to rest with respect and dignity alongside their comrades in Ovillers Military Cemetery. The Commonwealth War Graves Commission will proudly mark and care for their graves, together with all of those who served and fell, in perpetuity.

International Affairs Appointment of new Commissioners to the Marshall …