Speaking on a visit to RAF Waddington today, the Minister announced a £36m contract for simulation technology which can replicate up to three real-life scenarios simultaneously and independently of each other, allowing US and UK aircrew to experience the same battle environment and threats.

The capability, known as ‘Gladiator’, will give the RAF unprecedented training flexibility, enabling pilots to exercise capabilities, tactics and procedures that would be impossible in the live environment due to airspace, aircraft availability, or security constraints.

This synthetic training technology offers the RAF a cost-effective, powerful and safe way to prepare our aircrew for the complex threats they will face on the battlefield.

The UK-US defence partnership is already the deepest and most advanced of any two countries and now our pilots will be able to train for the frontline more closely than ever.

The manufacture and design of the capability is expected to be completed within two years, with aircrew to start training on the equipment in autumn 2021.

Initially, Typhoon pilots will be able to fly virtual missions alongside their counterpart aircrews in America and interact with UK and US Joint Terminal Attack Controllers who direct combat aircraft from an advanced ground-based position. F-35 Lightning jets are expected to be added to the package by September 2021.

The RAF will also look to include Wedgetail early warning radar aircraft in the future, as well as upgrading the capability to enable the Royal Navy and the Army air assets to undertake collective training exercises.

The contract, signed with Boeing Defence UK, includes the design and manufacture of the simulation systems and software, and the first five years of support, sustaining up to 40 highly skilled UK jobs. The design and manufacture of the software will take place in Fleet in Hampshire and Bristol, and the equipment will be installed at RAF Waddington. 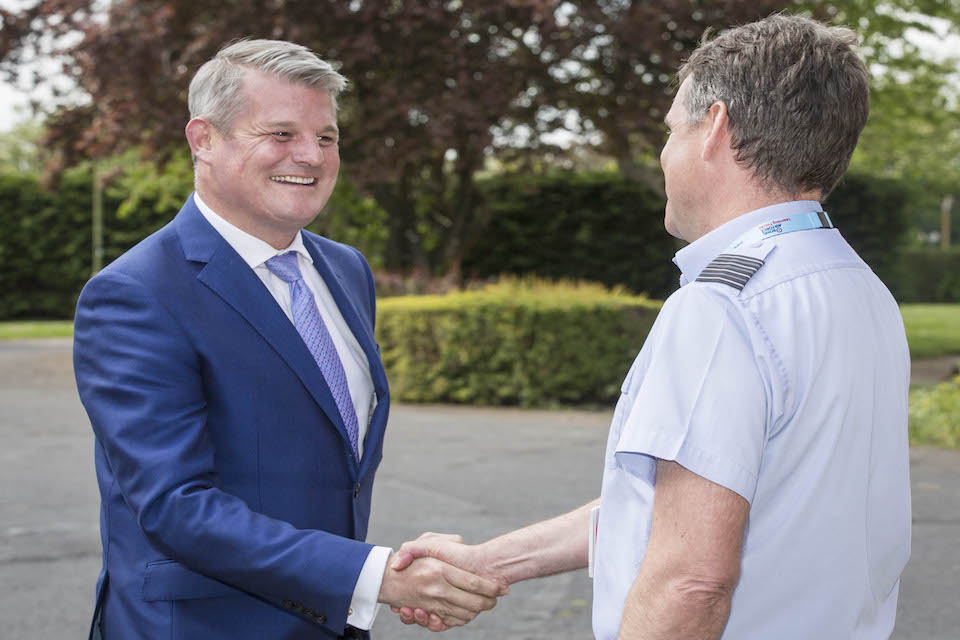 The award of this contract heralds a 21st century capability that will transform the ability of the RAF to undertake collective operations, tactics and procedures training in the synthetic environment that cannot be performed in the live environment.

We are looking forward to working with Boeing over the next few years to design, build, deliver and operate a state-of-the-art training hub at the centre of a collective training web capability.

This contract award signals the go-ahead for the core element of the Royal Air Force’s future synthetic training capability. This new capability, known as Gladiator, will provide a step-change in the ability of our front-line Forces to train together in operationally realistic situations to meet an ever-increasing adversary threat.

Combined with other Programmes that are delivering new aircraft simulators to front-line Squadrons, Gladiator will allow aircrew to hone their skills, training with colleagues and allies. Our crews will be better prepared for a range of current and potential scenarios they may face. Gladiator is the pathfinder programme for similar synthetic training solutions planned across UK Defence.

The Ministry of Defence continues to drive economic growth in the East Midlands, investing £896m with UK industry in 2017/18, supporting 6,100 jobs across the region.