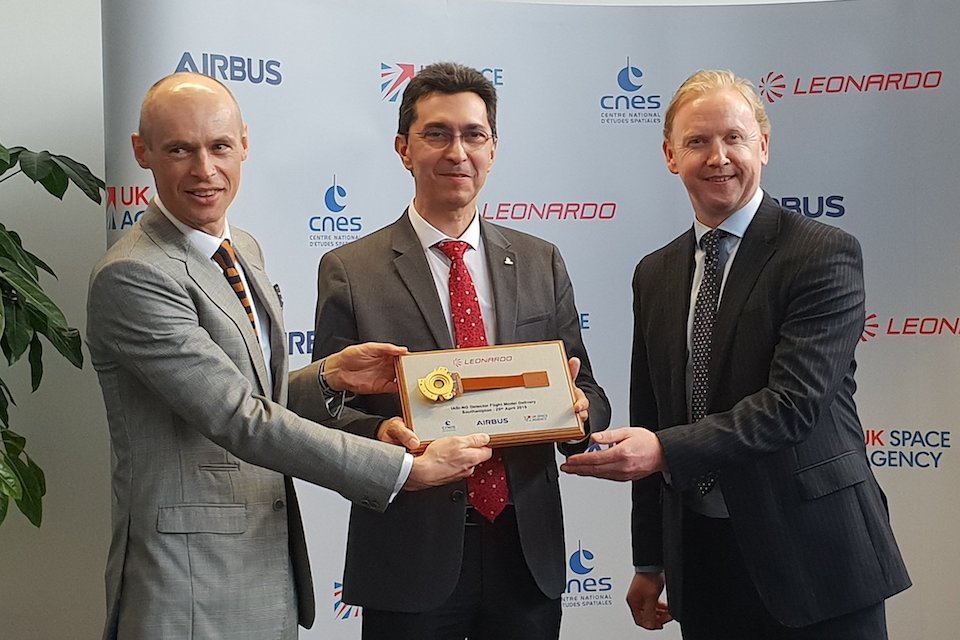 Using high-performance infrared detectors made in Southampton, the new device will improve short-range weather forecasts by monitoring atmospheric instability and cloud structure. It will also analyse the content of the Earth’s atmosphere, detecting and tracking pollutants around the globe.

The UK space sector is an export success story, generating a third of its income from international trade and creating growth and jobs across the country.

As this programme demonstrates, the strong working relationship between the British and French space industry is successfully turning future technology into reality.

The Infrared Atmospheric Sounding Interferometer New Generation (IASI-NG) instrument is an example of outstanding international collaboration between Leonardo, Airbus Defence & Space, and the UK and French space agencies. It’s first flight is scheduled for 2022, aboard the European satellite MetOp-SG-A.

The UK Space Agency invested around £8.5 million in the detector programme supporting Leonardo to further develop the technology capability involved and secure participation in a major space programme for the first time in a decade.

Thanks to cooperation between UKSA, CNES and the French industry, the socio-economic benefits of the innovative IASI-NG instrument will be substantial.

As a pioneer in Earth Observation, CNES is utilising expertise in atmospheric sounding to provide a new standard in atmospheric measurements and to support development of applications based on space data.

This international project consolidates the success of the working relationship forged between UKSA, CNES, Airbus and Leonardo to deliver a powerful weather monitoring solution.

Looking to the future, Leonardo wants young people to raise their ambitions to be part of the future of space technology, and that means spreading the message of the remarkable impact that Science, Technology, Engineering and Maths (STEM) has today in programmes such as IASI-NG.

The UK is a world leader in Earth observation technologies, which are growing at a rate of 25% each year and currently support around £92 billion worth of industrial activities. As part of the Government’s Industrial Strategy, the UK Space Agency is building on this strength while growing our share of the global space market.

Earth observation is becoming more accessible, and future opportunities will arise with the advent of new technologies and uses, with ever increasing amounts of data being produced.

In March the UK Space Agency revealed that every £1 of public spending generates up to £4 in value for the recipients in the space industry, with additional benefits to the UK economy.