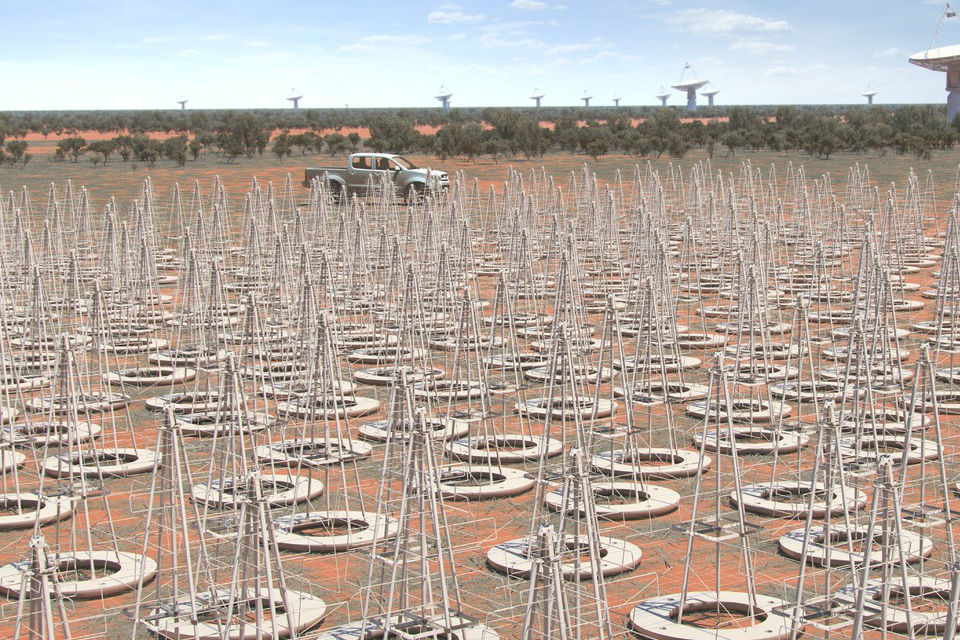 British scientists will get the chance to improve our understanding of the evolution of the universe over billions of years and map hundreds of millions of galaxies thanks to this new powerful telescope project.

Unlike the optical telescopes that just point into the sky and can be affected by cloud cover, the special radio telescope detects radio waves emitted by a wide range of celestial objects some millions of light years away.

With its headquarters at Jodrell Bank near Manchester, the Square Kilometre Array (SKA) will have its telescopes in South Africa and Australia and will be the world’s largest and most sensitive radio telescope in history.

The UK signed up to the SKA project in a special ceremony in Rome today (12 March, 11am) and directly benefits from 3 different aspects of the project:

Science has no borders and the UK’s hosting of the global HQ of this international project demonstrates our leading position and influence in leading scientific collaboration and exploration.

For generations Jodrell Bank has inspired young people and children to take an interest in science and this will now inspire the next generation of scientists.

This government, through our modern Industrial Strategy is giving the biggest boost to research and development funding in UK history to ensure we inspire our young people.

What will it do?

The telescope will be able to study the period in the early universe around 380,000 years after the Big Bang, when the universe was mostly dark until the first galaxies began to shine.

Scientists and engineers at UK universities and institutions are involved right across the design of the SKA.

UK industry has also been involved with the design of the SKA with around 55 UK companies awarded contracts in systems engineering, project management and software development.

A new £16.5 million building has been constructed to house the SKA HQ with funding from BEIS (£9.8 million) via the Science and Technology and Facilities Council (STFC), The University of Manchester (£5.7 million) and Cheshire East Council (£1 million).

The SKA HQ will eventually be home to some 135 staff from more than 13 countries, tasked with managing the construction and remotely monitoring the operation of the telescope.

The UK has also committed to investing £100 million in construction of the SKA – 16% of the total construction cost.

Organisations from 10 countries are members of the SKA Organisation (SKAO):

UK signs up to the world’s biggest ever radio telescope