The Solar wind Magnetosphere Ionosphere Link Explorer (SMILE) mission will study how the solar wind interacts with the Earth’s magnetosphere, which can impact on satellites, power grids and communications networks integral to our modern lives.

The new funding from the UK Space Agency brings the total UK investment in the SMILE instruments to £10 million and will build on the significant expertise found in universities across the country in the design and development of cutting-edge space science.

What is space weather?

The Science Minister also announced the UK’s agreement with partners including the European Space Agency in a second mission, called Planetary Transits and Oscillations of stars (PLATO), which will search for Earth-like planets orbiting alien stars.

The UK Space Agency has invested £25 million in innovative science for the PLATO mission, scientifically led by the University of Warwick.

These two exciting space missions are brilliant examples of the UK’s space industry’s innovation and expertise.

Space weather – such as solar wind – is a potential threat to our communications systems here on Earth so this research examining how the wind interacts with our planet’s electromagnetic system is important. Meanwhile, work to discover Earth-like planets around other stars may eventually lead to us answering the question of whether extra-terrestrial life exists.

This £35 million of space science funding is part of our ambitious Industrial Strategy, boosting research investment and helping the UK’s space sector to thrive.

National funding for these missions is in addition to the UK’s regular contributions to the European Space Agency’s science programme.

The UK’s involvement in the instruments onboard both of these missions underpins our separate industrial investment in SMILE and PLATO through our ongoing membership of the European Space Agency. SMILE is a prime example of scientific innovation underpinning the broader economy with real-world applications while PLATO’s innovative design is a game changer in Exoplanet science and our investment will ensure UK scientists and engineers will be leading participants in all aspects of the mission.

The UK funding is to develop a Soft X-ray Imager (SXI) instrument, being led by the University of Leicester, with scientific mission leadership at UCL Mullard Space Science Laboratory, and support from the Open University, ahead of launch in 2023.

Professor Paul Monks, Pro-Vice-Chancellor and Head of College of Science and Engineering, University of Leicester, said:

We are delighted to be leading the development of the SXI instrument at the University of Leicester, building on our long heritage of cutting-edge space research and instrumentation.

SXI will be the first instrument to provide true global imaging of the solar wind exchange process within the magnetosphere. The results of which will have meaningful implications for safeguarding our environment on Earth.

Space weather remains one of the biggest risks facing humanity and SMILE will make a fundamental contribution in furthering our scientific understanding to help mitigate its impact. I am thrilled that we have achieved this significant milestone in the development of SMILE and the mission is now incorporated in the ESA Cosmic Vision programme.

This is a crucial step for the UK institutes collaborating to make SMILE a success, and in particular its Soft X-ray Imager which is led by the University of Leicester, as adoption by ESA is a necessary step to secure funding from the UK Space Agency to support the development of SMILE to launch in 2023. 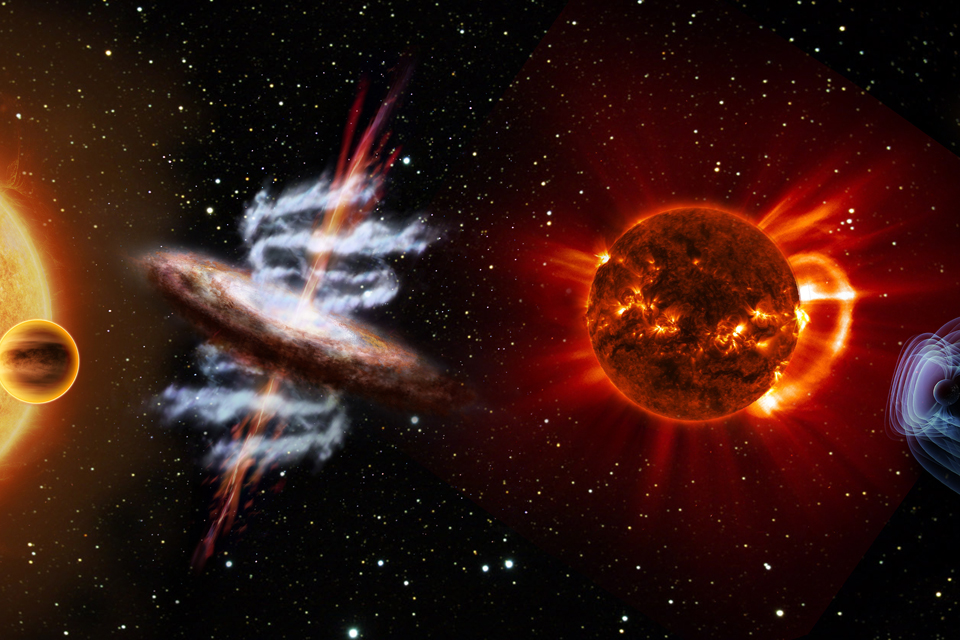 Planned to launch in 2026, PLATO will monitor thousands of relatively bright stars over a large area of the sky, searching for tiny, regular dips in brightness as their planets cross in front of them, temporarily blocking out a small fraction of the starlight.

Astronomers have so far found over 3,000 planets beyond our Solar System which are called exoplanets, but none, as yet, has been shown to be truly Earth-like in terms of its size and distance from a Sun similar to our own.

PLATO’s innovative design is set to change all that. Its suite of multiple small telescopes and cameras, reminiscent of the compound eye of an insect, will allow it to ‘stare’ at a large number of the nearest and brightest stars, with the aim of discovering Earth-sized planets orbiting Sun-like stars in the ‘habitable zone’ – the distance from the star where liquid water could exist at the surface.

This commits UK engineers to deliver a detector system that allows UK scientists to identify Earth-like exoplanets in the habitable zones of Sun-like stars using software created in the UK. These planets will be close enough to facilitate a historic search for signs of life in their atmospheres using the next generation of large telescopes. For the first time we will start to understand if life exists beyond the solar system.