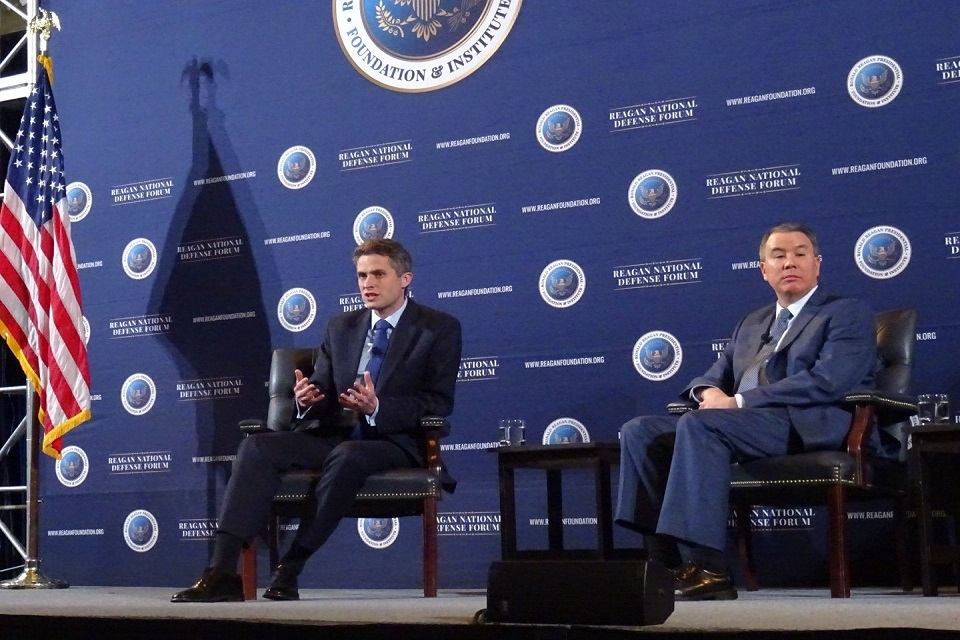 Gavin Williamson was a panellist at the Reagan National Defense Forum, at the Ronald Reagan Presidential Library in California, where he discussed the importance of allies working collectively in the modern world.

The UK has been with the US through thick and thin – we share values and stand together in global leadership. The UK is not slipping back to our shores but is in fact stepping out.

Our budget is rising year-on-year, boosted by more than a billion dollars to invest in Armed Forces, and in 2019 we are poised to take our great relationship to even greater heights.

During the conference, Mr Williamson also held a one-to-one bilateral meeting with US Secretary of Defense, Jim Mattis, to discuss how to combat emerging threats, both state-based and from extremist organisations.

The UK is the US’ only tier one partner on the F-35 programme, the biggest defence project in history. That partnership led to a historic moment in September, when the first batch of F-35 jets landed on the UK’s new aircraft carrier, HMS Queen Elizabeth, off the east coast of the US.

Unmanned Air Systems and a Common Missile Compartment for UK-US Ballistic Missile Submarines are other recent examples of collaboration.

Both nations play leading roles in NATO, which is vital to our transatlantic partnership. Both countries have been calling for other nations to invest more in security and to increase the readiness of their forces. By the end of 2018, eight members are meeting the commitment of spending 2% of their GDP on defence, compared with just three in 2014.

An even closer bond is expected after Brexit, as the UK establishes new relationships and trade deals outside of Europe.

UK-US defence partnership to reach new heights in years ahead