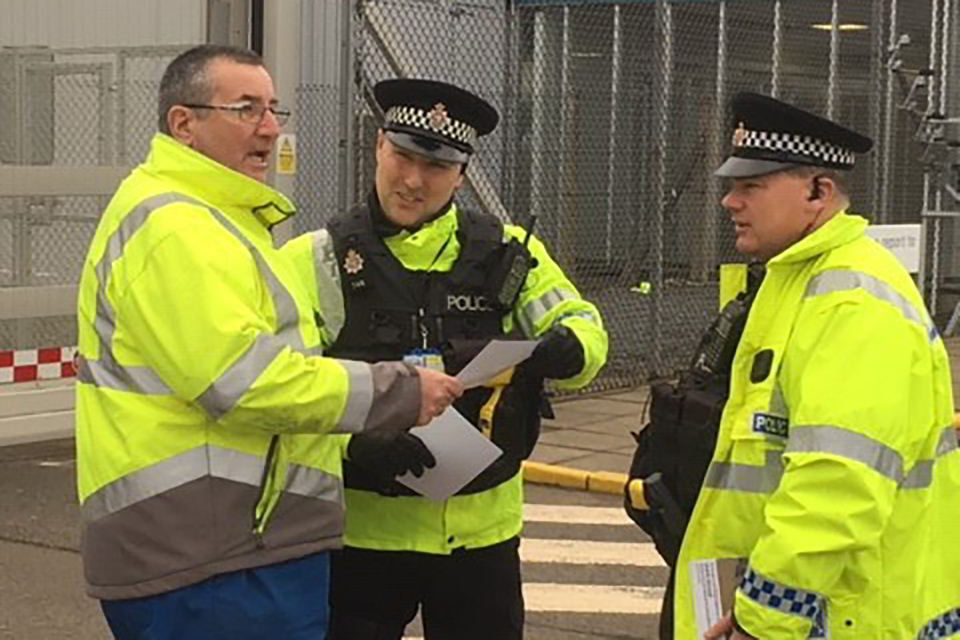 Project Servator has been running at Sellafield and other CNC sites since 2016 and has now rolled out across the Hunterston Operational Policing Unit.

Project Servator sees see highly visible yet unpredictable deployments of specially trained officers around the Hunterston site and the surrounding local community. The operational deployments involve officers working together with our communities to report suspicious activity. These officers are deployed to deter, help detect, and provide reassurance and confidence to members of the public.

The tactics used as part of Project Servator are not new and are used regularly by the City of London Police, British Transport Police and several Home Office police forces. They have been developed to enhance the effectiveness of our resources and not as a response to any change in threat.

Supt Tony Cole, who is the CNC lead for the implementation of Project Servator, said: “These tactics are not new but allow us to have a focus on community engagement. This is not restricted to the Hunterston site but also to the surrounding areas. We are aware of the vast amount of information members of our community have and they are aware of what is out of the ordinary. All we ask is that they report any suspicions to us.

“The deployments will be unpredictable and on occasion may be highly visible or more covert on another. The aim is to work with our local communities to deter any hostile threat.

“Remember, Trust your instinct and report any suspicious activity directly to the CNC by calling 01847 811229.”

The CNC is the armed police force in charge of protecting civil nuclear sites and nuclear materials in England, Scotland and Wales. We employ over 1,500 highly trained police officers and police staff across the UK. Counter terrorism is a major part of our policing.

Will you Trust your Instincts? Project Servator launches at Hunterston