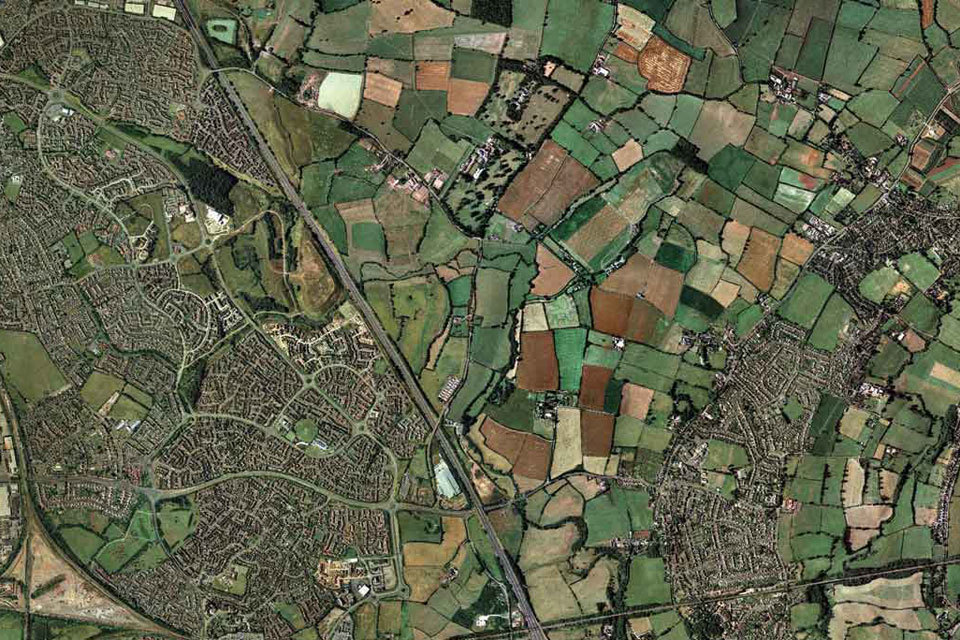 As part of the Prime Minister’s commitment to level up every place in the UK, the government wants local leaders to draw up proposals that could kick start the delivery of thousands of new homes, boost local growth and deliver new jobs for communities after Brexit.

Councils will compete by submitting transformational proposals to win a share of the new funding. These will be locally-led by the people who know their community best.

Sir George Iacobescu, founding father of Canary Wharf, will advise the Housing Secretary on which project to take forward for further government support.

The Housing Secretary has today announced intent to establish the first project with a new Development Corporation at Toton, which will be led by the former chairman of Burberry, Sir John Peace.

Located close to the M1 and East Midlands Airport, civic leaders in the East Midlands want to maximise the area’s international links to create tens of thousands of new jobs and new homes needed – including exploring the potential for a new freeport.

Alongside today’s announcement, a consultation has been launched to ensure development corporations have the legal powers they need to deliver high-quality new communities at the right speed.

We want to drive economic growth outside London and the South East. Our new development corporations will empower local areas to come forward with ideas for new towns that deliver jobs, houses and economic growth – creating the future Canary Wharfs of the North and Milton Keynes’s of the Midlands.

That’s why I am announcing this competition to find major growth opportunities that will receive government support and investment.

Today I am proud to announce that we are supporting Sir John Peace and the local area on their proposal for a new Development Corporation which could be a catalyst for growth in the region.

In the future, development corporations could also be used on a smaller scale – and used to plan high street and town centre redevelopments as consumer trends change.

Up to 10 local areas will receive money to help them make the case to government for development corporations which could deliver thousands of new homes for local people.

Sir John Peace, Midlands Engine chairman said a new development corporation at Toton could have a transformational impact on the region.

In taking forward our proposal for a Development Corporation, we will capitalise on a once-in-a-generation economic and regeneration opportunity, of scale.

Coming together in partnership to plan and develop a new model for a Development Corporation means we will realise a much greater breadth of social, environmental and economic benefits for our communities, as we invest jointly in the future of our region.

We’re delighted to be bringing forward the first in a new approach of development corporations, designed to address market failure, accelerate our path to delivery and embed innovation.

By working in partnership, around regionally significant opportunities and by investing together, we will ensure the future success of our communities and our region.

Thirty years ago, development corporations breathed new life and energy into towns and cities across Britain.

This New Development Corporation Competition will be a chance for local areas to promote their plans for delivering the Milton Keynes’s and Canary Wharfs of the 21st century.

I would like to encourage local authorities and their private sector partners to come forward with ambitious programmes and ideas.

I am pleased to have been asked to share our experience and to work with the next generation of development corporations.

I am looking forward to seeing some innovative proposals which will help drive transformational growth across the country.

The fund will be open nationwide to help areas with ambitious plans for transformational housing and regeneration where it is most needed.

New towns and developments will be planned in close and detailed consultation with local areas – and councils will be expected to demonstrate they want to build not just houses, but new infrastructure and vibrant communities where people want to live.

Development corporations can help boost developments by providing focus, help coordinate plans for new development across different council boundaries and give builders the confidence to invest in sites.

Many of the laws date from the early 1980s – when new towns were being delivered – and a review is being undertaken to see whether they need to be updated. A response will be published in due course.

Historically development corporations have helped over 20 new towns rise from the ground – including Milton Keynes and Telford, as well as delivering transformational urban regeneration projects such as Canary Wharf.

In recent years, Ebbsfleet Development Corporation has been driving the delivery of new homes in Kent in the first garden city of the 21st century.

Collectively, all the new towns are now home to over 2.5 million people.

Development corporations will be subject to appropriate vision and business cases.

Next generation of new towns and economic growth opportunities to be developed, levelling up every region