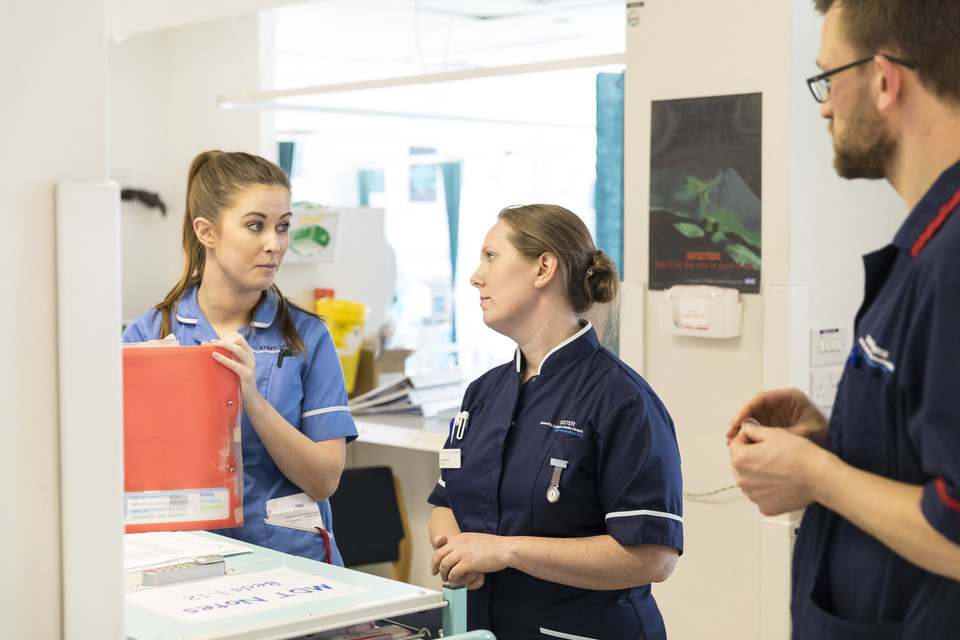 It’s fantastic that there are now over 13,500 more nurses and over 7,800 more doctors working in our NHS compared to last year.

This pandemic has shown how proud the entire country is of all our brave health and care workers, and what an essential role they play in society.

We made the commitment of 50,000 more nurses by end of this Parliament, and I’m determined we will meet it.

Earlier this month the latest UCAS statistics revealed a 16% rise in applicants for nursing and midwifery courses in England, the second year-on-year increase. The Nursing and Midwifery Council (NMC) has also reported its largest ever annual increase of registered nursing and midwifery professionals, with around 18,370 more on the permanent register to work in the UK compared to a year ago.

On Tuesday the government announced a 2.8% pay rise for NHS doctors and dentists, backdated to April 2020, accepting in full the recommendations of the Review Body on Doctors’ and Dentists’ Remuneration.

Separate figures released on Tuesday by Health Education England also show the number of GP trainees in England have risen for the third year running, with recruitment up 15% compared to the same point last year.

The figures for April include some former healthcare professionals who bravely volunteered to return to the frontline during the pandemic. April figures also show that 442 returners were identified, of which there are 82 doctors and 112 nurses and health visitors. Not all returners are reflected in the monthly workforce stats as they could have been employed on fixed-term, honorary or bank contracts, or via NHS Professionals.

April 2020 figures also show that 442 ‘returners’ were identified through the ‘Return to NHS – COVID-19’ code. Of these, there are 82 doctors and 112 nurses and health visitors.

Figures released by Health Education England show there have been 3,441 acceptances onto GP specialty training in 2020, compared with 2,891 at the same stage in 2019.

NHS Professionals is an organisation in the United Kingdom that supplies temporary staff to the NHS.

Health Half of all private and voluntary sector fostering…
0
✖