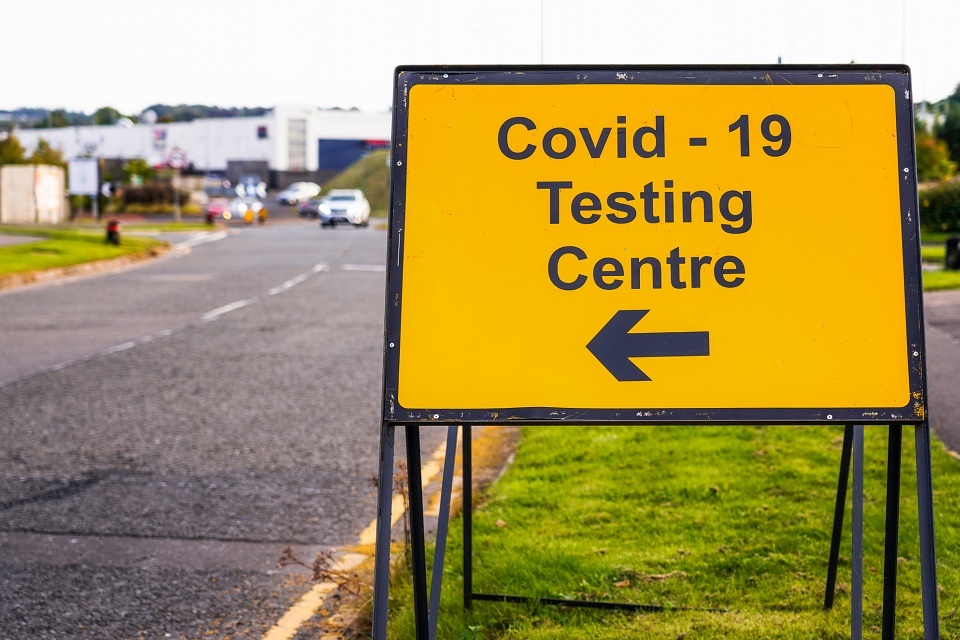 Changes such as improving the contact tracing website, reducing repeat calls to households, and increasing numbers of call handlers have led to increases over past weeks in the proportion of contacts being reached and reached faster. The improvements were made following feedback from the public, our colleagues and our local tracing partners, and have been positively received.

Due to growing demand over the holiday period and the recent emergence of a new and more transmissible strain of coronavirus, the service has prioritised making more tests available so that anyone who needs a test can get a test. This increased demand and supply has resulted in a temporary dip in turnaround times, but tests are available for anyone who needs one.

NHS Test and Trace will be open every day over Christmas and the New Year, providing and processing tests for those who need them and tracing contacts of positive cases. All test sites will remain open, only reducing opening hours and booking slots available on the bank holidays, when demand is expected to be lower.

NHS Test and Trace contact tracers will also continue to work throughout the festive period to ensure there are no delays in contacting close contacts of positive cases and breaking chains of transmissions.

NHS Test and Trace’s vastly expanded test site network now has more than 700 test sites, including 400 local test sites, in operation. The median distance travelled for a test just 2.3 miles, compared to 5.1 miles as recently as September. More than 4.9 million tests have been processed in the UK in total since testing began, more than any other comparable European country.

These figures mark another week of strong performance from our contact tracing service despite increased demands on NHS Test and Trace. Around 1 in 3 people infected with coronavirus may show no symptoms. Thanks to NHS Test and Trace, more than 3.9 million people have been reached who could have otherwise unknowingly spread this dreadful virus.

The service will continue to work night and day to ensure testing is accessible across the country and this crucial work will not stop over the Christmas period. We have built increased testing capacity ahead of the winter and this will continue in the months ahead.

As we enter the holiday period, I would urge the public to heed our advice on ‘Hands. Face. Space’, and not to hesitate to book a test if they have coronavirus symptoms. NHS Test and Trace continues to test record numbers of people and people can have confidence that if they have symptoms and need a test, they can get one.

NHS Test and Trace has developed into one of the largest contact tracing and testing systems anywhere in the world and the COVID-19 contract tracing app we launched in September has now been downloaded more than 20.7 million times.

Thank you to everyone who is working over the holiday period across the country to keep NHS Test and Trace running on Christmas Day and throughout the holiday period. So much effort has been put into developing the service throughout the year and I am hugely grateful to all of those who will be sacrificing time with their loved ones to make sure it is there for those who need it over Christmas and the New Year.

More than 4.9 million tests have been processed in the UK in total since testing began, more than any other comparable European country.

The NHS Test and Trace laboratory network will also be processing samples as normal with the same level of capacity, including on bank holidays, to ensure continuity of service.

Testing capacity for those with COVID-19 symptoms has increased 6-fold in 7 months, from 100,000 a day at the end of April to more than 650,000 a day.  In this reporting week we can see that, as the demand for tests has increased, particularly in the south east, turnaround times have also increased slightly.

139,332 positive cases were transferred to contact tracers between 10 December and 16 December, 88.1% of whom were reached and told to self-isolate, compared with 87.5% the previous week.

Between 10 December and 16 December, 287,756 people were identified as recent close contacts, with 96.5% who had provided communication details reached and told to self-isolate. Since Test and Trace launched 83.2% of close contacts for whom contact details were provided have been reached.

Over the past few months our teams have been working incredibly hard to make the contact tracing service as effective as possible and NHS Test and Trace has now reached more than 3.9 million people.

The statistics from week 29 of NHS Test and Trace show in the most recent week of operations (10 December to 16 December):