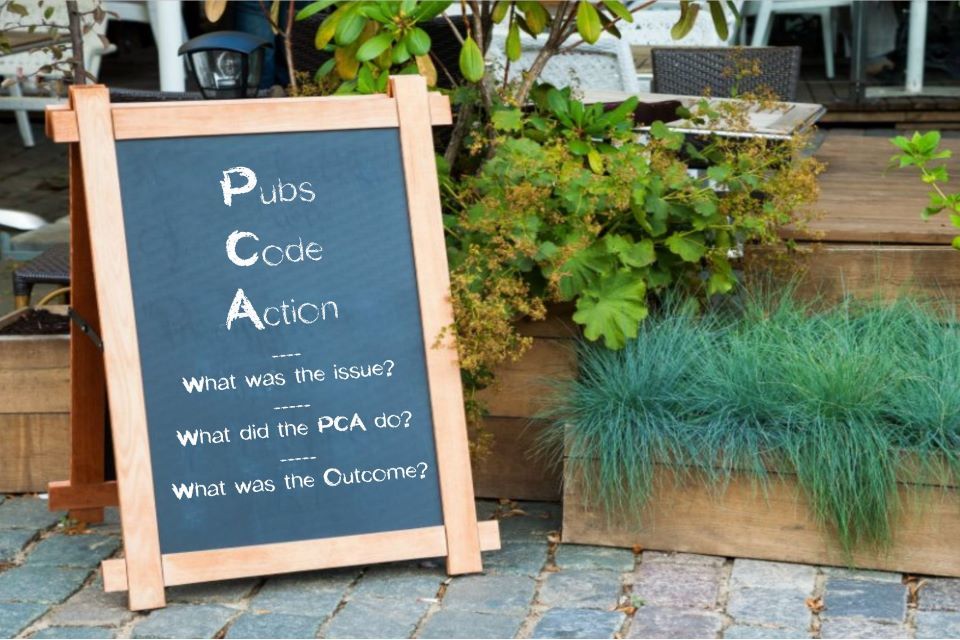 What was the issue?

Star Pubs & Bars Limited (Star) was informing all tied tenants who requested a Market Rent Only (MRO) option that they would be charged for a schedule of dilapidations.

The PCA was concerned that this upfront cost could put off tenants who wished to exercise their Pubs Code right to request MRO. Requiring the tenant to pay for the schedule of dilapidations when requesting MRO could amount to a pub company subjecting them to detriment because they exercised a Code right. Regulation 50 of the Code protects tenants against this.

What did the PCA do?

The PCA first raised concerns with Star about this approach and its consistency with the PCA’s statutory advice, the arbitration awards Star had received, and the core Code principle of fair and lawful dealing. The PCA asked for Star’s justification for requiring the tenant to pay for a schedule of dilapidations on receipt of a MRO Notice. This resulted in Star changing its policy.

The PCA then asked for a breakdown which identified those tenants it had charged under its previous policy. The PCA required Star to review all those cases and explain what steps it was going to take to rectify the situation for the tenants affected.

What was the outcome?

Following the PCA’s first intervention, Star had stopped requiring tenants to pay for the schedule of dilapidations when requesting MRO. In 2020, Star identified all tenants who had been charged for a schedule of dilapidations in response to a MRO notice and refunded them. Star made a refund totalling £25,460 to tenants. This was regardless of whether the tenant ultimately took the MRO option or not.

But Star’s administrative systems did not ensure that its website was updated with its change in policy, and this was only updated in March 2021. Tenants may therefore have read information about its MRO policies that was out of date. Star acknowledged this failure and has updated its website. It has also in its newsletter asked any affected tenants to contact its Pubs Code team.

Any tied tenant with a concern about whether Star’s published information had an impact on them should contact Star’s Code Compliance Officer Lynne Winter.

The PCA continues to monitor Star’s compliance with the recommendations contained in her recent investigation report on non-compliant stocking terms. These include a requirement to have administrative systems which support and evidence Star’s Code compliance.