The government has taken over the running of services across the Northern network today (1 March 2020), marking a new start for the future of the franchise.

Demonstrating the government’s commitment to rebuild passenger confidence and put their priorities first, the government operator has launched a new panel to provide ongoing advice on how services will be run. Political leaders including Andy Burnham from Manchester and Judith Blake from Leeds will be joined by regional leaders, passenger representatives and industry leaders on the panel, which will be led by Richard George, the chairman of the operator.

The government has also announced that overcrowding on Northern’s network will be a priority focus for improvement, with new technology being trialled to identify crowding pinch points. Work is underway to extend platforms at 30 stations across the network to allow for longer trains and improve journeys for passengers.

Capacity will be further boosted with the roll-out of more electric trains across the network next year, in addition to the extra capacity already being delivered by the new fleet. A major deep cleaning program has also commenced today, along with an overhaul of on-board cleanliness, to make sure carriages meet the high standards passengers deserve.

This is new era for rail in the North, but there will be no quick fix for the network as we build solutions for the future.

Today marks the beginning of rebuilding of trust in these services, and voices from the region will be essential as we work together to understand and deliver the improvements passengers need.

Our aim is to give the North of England more powers over their railways, restoring the confidence of passengers and delivering a network they can truly rely on. 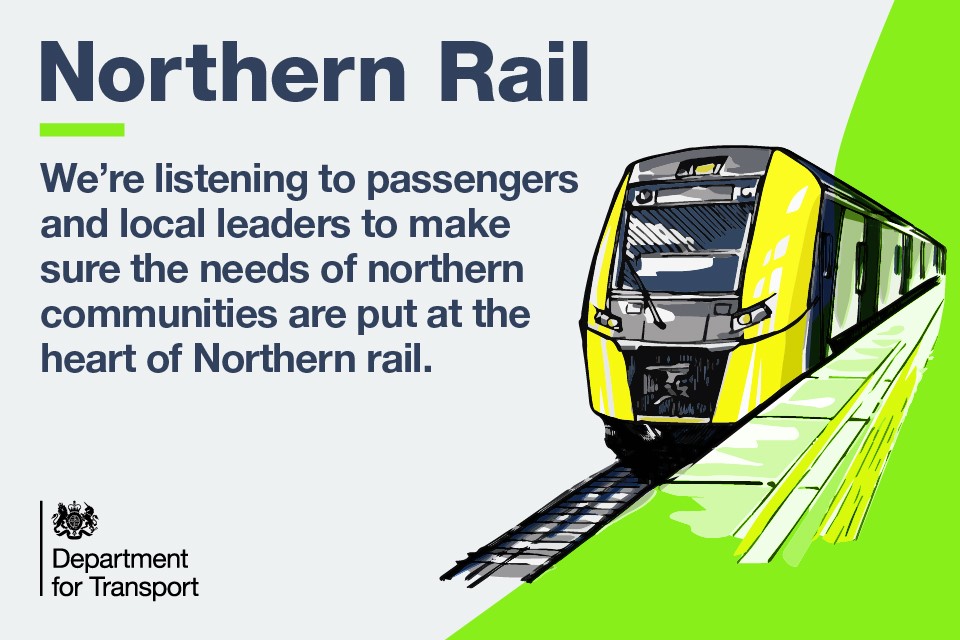 The panel announced today will play a crucial strategic role as we look to transform services across Northern’s network, putting the needs of passengers first.

By collaborating with local leaders, we’re taking a step towards reconnecting the railways with the people of the North. We need to improve performance and also provide passengers and their elected representatives with the confidence that their concerns are being addressed.

The Transport Secretary has tasked the operator with delivering a new vision for the North’s railways, restoring confidence for passengers and delivering tangible improvements, but has made clear that the complexity of the challenge means transformation will not take place overnight.

The leadership of the government operator will be using the first 100 days running services to prepare an ambitious plan, consulting with passengers and leaders across the North to understand their priorities, and leaving no stone unturned in their efforts to improve the service for passengers.