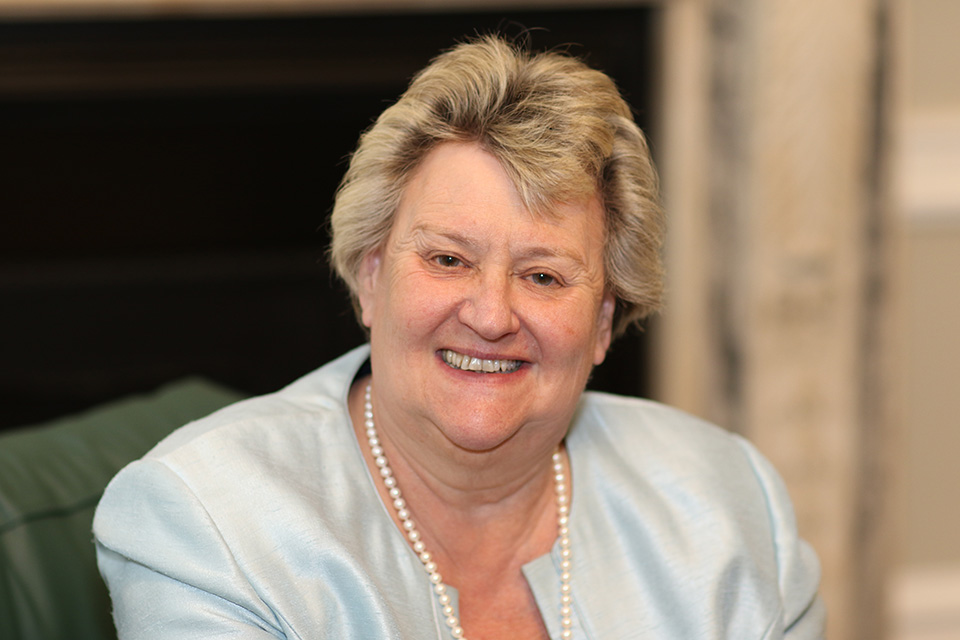 Ladies and gentlemen, it is a pleasure to welcome you all to London on behalf of Her Majesty’s Government, and to welcome the tenth One Young World Summit back to the UK, where it all began.

Lancaster House has hosted many an historic diplomatic occasion – prior to this evening’s! This is a night up there with them all.

From the Coronation Banquet thrown by Winston Churchill, and the founding negotiations of NATO in the 1950s; you guys are making history where history had been made.

To more recent State Visits by President Obama and President Xi Jinping and last year’s Commonwealth summit. Last time I was here was for the Commonwealth Trade Ministers Meeting.

What all these occasions have in common with this evening is that they are all about bringing people together to make the world a better place. I am not going to sing the song.

That applies as much to local politics as to international diplomacy. I was first elected as a Councillor at the age of 22, and I have been Member of Parliament for the lovely constituency of South Derbyshire since 2010. I may be a Foreign Office Minister but the needs of my constituents are always still a massive priority for me. When I get back at midnight I will have a packed few days in Derbyshire.

Each Friday I meet people for open-door, face to face “surgeries”. I need to be ready to consider questions about anything from the price of heating, and how to access services, to problems with parking and planning permission. Maybe even visa issues. It is a constant reminder that politics is about real people with real concerns.

I am pleased and stunned that One Young World is also alive to the practical nature of the challenges in front of us. And that it is an engine of ideas for responding to the concerns of real people around the world.

These certainly are interesting times, both here in the UK and globally.

We in the UK are leaving the European Union and reshaping our place in the world as a truly Global Britain. A country that is loyal, energetic and committed – to friends both near and far, new friends and old friends.

We live in a time when people across the world are re-engaging with politics and the issues that matter to them – which is great. The job of those of us in government is not to pay lip service to them, but to listen and learn, to stay true to our values, and to act in the best interests of the people we serve.

It is an approach that I take in both local politics and international affairs.

Let me leave you with 3 messages about what that means for the UK, with our newfound freedom on the world stage.

First, we are going to engage more, listen more, and do more.

We have expanded our diplomatic service and we are opening new posts, meaning ours will be the third largest diplomatic network in the world, after the US and China. We will be more open than ever before to foreign visitors, students and workers.

Second, the UK will continue to play a leading role in global affairs, defending our interests and promoting our values as an active global citizen and a force for good in the world.

That means continuing to work for global peace, security and prosperity as a permanent member of the UN Security Council, and a leading member of NATO, the G7, G20 and the Commonwealth.

Our Commonwealth delegates will have heard my colleague Lord Ahmad talk on Monday about the critical importance of that organisation as a global voice and influence.

The UK’s role as a force for good also means continuing to support the world’s most vulnerable people, through our generous humanitarian and peacekeeping funding, and through helping countries build resilience to climate change.

We have already helped tens of millions of people to adapt to our changing climate, and now we are doubling our support for international climate finance, as our Prime Minister announced at the UN Climate Summit in September. One of the first things he did as the new Prime Minister.

We were the first major economy to legislate for net zero emissions by 2050. We will continue to invest in clean energy, we will build sustainable infrastructure, and we will share British expertise in science, innovation and green finance.

Next year we are hosting COP26 in partnership with Italy, up in Glasgow. We want to raise the level of global ambition and the sense of urgency, to prevent further catastrophic global warming and help the worst affected countries adapt to the impacts that are already being felt.

My third and final message to you today is that we need you – young politicians, thinkers and entrepreneurs – to get stuck in, and offer your ideas on how we can fix the problems we all face, and make the world a better place.

If you don’t know about it, the Chevening programme brings bright young people to the UK to study in our fantastic universities, and then afterwards they join a global network of 50,000 alumni.

So many of them are now in positions of influence that we call them Changemakers.

They include the youngest minister in Botswana’s history; a distinguished Indian conservationist, and the first female judge in Pakistan, who has made a huge difference to women and other marginalised members of society.

Get on the scheme and go for the stars because you are the ones who will change the world.

If you want to make a positive difference in this world, be it in government or the judiciary, or through business or civil society, you will find a supportive partner in the UK government.

So make the most of the Summit. Enjoy London. Keep in touch.

And most of all – whether big or small, local or international – always strive to make a positive difference.

One Young World event: Minister for Asia and the Pacific speech