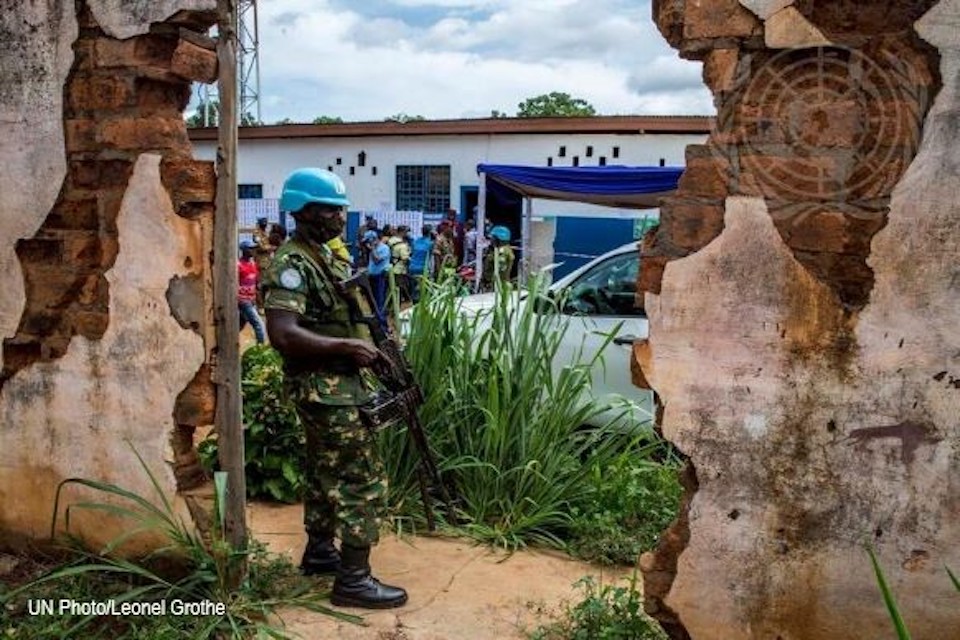 I would like to thank our all briefers; Special Representative Ndiaye, Ambassador Bankole, Ambassador Skoog and Ms. Derom for their presentations. I also welcome the participation of President Touadéra and I support the findings in the Secretary-General’s report. I would like to make four key points.

Firstly, the United Kingdom welcomes President Touadéra’s call on Friday for a unilateral ceasefire. We now urge the President to press for real progress on the peace process. It is imperative that all political actors, including the government, armed groups and the opposition, move ahead with a constructive and inclusive national dialogue. A fully inclusive and sustained peace process is the only solution on the table and is critical if the Central African Republic is to attain lasting peace and security. The United Kingdom welcomes regional engagement and welcomes the International Conference on the Great Lakes Region joint roadmap announced in September.

Second, like France, the US and others here, the United Kingdom remains concerned by credible reports of human rights abuses committed by the Russian mercenary group, Wagner, in CAR. These abuses are not only wrong, they are a driver of conflict and undermine the vital work of international peacekeepers and the Central African authorities.

Wagner does not offer long-term security answers in Africa. The United Kingdom joins other Council members in calling for a full investigation of Wagner’s human rights abuses, and in stressing that their activities must comply fully with the United Nations arms embargo.

Third, the increase in violence perpetrated by armed groups who are signatories to the Peace Agreement is unacceptable. The United Kingdom is ready to agree appropriate measures, including UN sanctions, in response. Higher levels of violence contribute to the increase of internally displaced people and food insecurity and causes further harm to the civilian population.

Finally, Madam President, we are concerned by continued reports of Status of Forces Agreement (SOFA) violations, which hinder MINUSCA in the execution of its mandate. The sustained and coordinated disinformation campaigns against the UN and the mission are also unacceptable. We call on the Government of the CAR to work with MINUSCA to ensure that SOFA agreements are fully implemented and respected.

In conclusion, I would like to emphasise that this moment, following the ceasefire announcement, is an opportunity to advance a peace and security for the people of the Central African Republic. In this context, MINUSCA’s role in the country remains critical, and I welcome the Secretary-General’s recommendation to extend MINUSCA’s mandate.