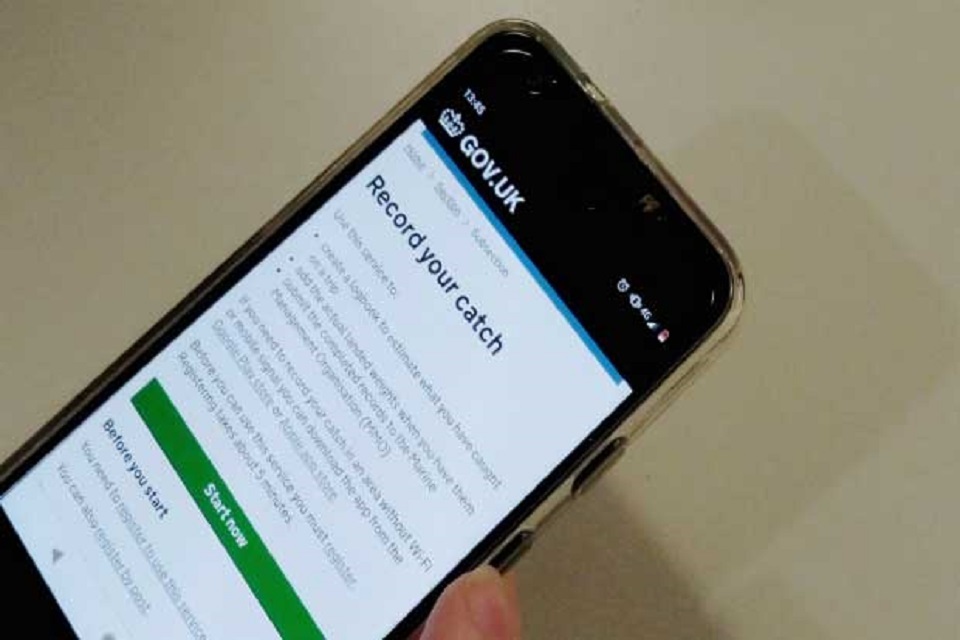 The catch recording application was introduced by the Marine Management Organisation (MMO) at the end of 2019 to enable better management of fisheries and provide evidence of sustainable fisheries practice across the under-10-metre fishing fleet. The application captures the volumes and species of fish being taken from English waters by under-10-metre fishing vessel owners.

The data that the catch recording application collects will not only enable the MMO to have an accurate understanding of the total catch from English waters, but importantly help inform negotiations to agree future allocations of shared stocks.

In advance of its introduction, the catch app was developed and tested with the involvement and support of more than 100 fishers. To support implementation, the MMO has shared blog posts, provided ‘how to’ videos, staggered user registration and engaged fishers through one-to-one support sessions and a series of drop-in events across the coast. This support continues and the MMO, with colleagues based around the English coast, are available to assist fishers with the catch app.

To date, over 1,900 under-10-metre fishing vessel owners have now registered on the system, representing 77% of the fleet. Over 27,000 individual catch records have been recorded and submitted so far.

Across the MMO, we continue our focus on engagement and support to the fishing industry with a range of support and assurance services.

We will further build on our Covid-19 related engagement and support activity with the fishing industry to help shape further progress.

The MMO has clarified publicly in updates published on 10 and 26 February 2020 that there would be time for those within our fishing industry to adjust to the introduction of the new catch recording application.

In addition to continued one-to-one support from coastal offices, over 15 drop-in sessions were held around the country earlier this year to support our fishing industry with the continued roll out. Feedback provided has already led to several improvements on the app, including:

The requirement to register and submit landings records is a licence condition for all under-10-metre fishing vessel owners. Fishers need to register and use the application to achieve our collective goal of sustainable fishing opportunities for the future.

We have been clear in previous updates that when we move to a phase of enforcement industry would be notified and this remains the case.

Despite recent reports in the media, our stance has not changed since the introduction of the application, and we remain committed to continuing to listen to and support the fishing community in adapting to this new requirement, making changes to the system where necessary.

Like many other public services, the catch recording application is currently in a state of public BETA. This means that the MMO is continuing to work with users to strengthen the service, in terms of its functionality and utility.