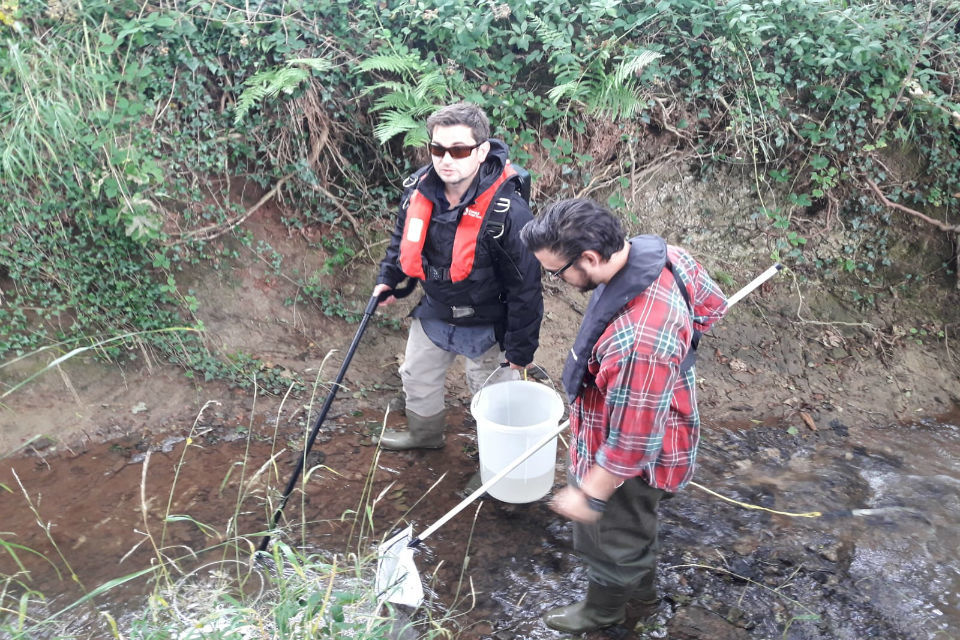 A partnership project aimed at improving the state of the River Stour and its tributaries for wildlife and people is calling for local anglers to help it raise the angling potential of the catchment through the development of a new Stour Passport scheme.

The scheme, created by the ‘Salmon in the Stour’ partnership, is an important tool in the ongoing conservation of the River Stour.

The ambitious Salmon in the Stour project, run in partnership between the Environment Agency, Wildlife Trust for Birmingham and the Black Country, Worcestershire Wildlife Trust and Severn Rivers Trust aims to make improvements to fish migration, habitats and water quality.

Its new Stour Passport scheme, which is a web-based portal designed for use by anglers in the River Stour catchment, will collect information on fish species distribution and their general health, as well as creating an overall picture of water quality and habitat condition.

Anglers will be able to find out how the new scheme can work for them and learn about the progress of the Salmon in the Stour project at an angler engagement event on Wednesday 6 November at Sadler’s Brewhouse in Lye, Stourbridge.

Another element of the passport scheme, which is still in its infancy, is to open up previously unused sections of the river to anglers and its success will be dependent on engaging with local landowners and other stakeholders.

The Stour catchment can suffer from pollution and misconnection incidents, which, if reported early on, mean we can intervene before they become a bigger problem. As anglers are the ‘eyes and ears’ on the riverbank we are hoping they will use the passport scheme to report pollution and environmental incidents. Such information will then be used to improve the catchment for everyone.

Similar passport schemes have been implemented elsewhere in the country and we are hoping to build on our scheme in order to get more people out on the river bank, appreciating the countryside and catching fish!

The angling community is a very important stakeholder to the Salmon in the Stour project and we look forward to providing an update at our next engagement event on the work we have so far delivered and how we can further improve the recreational and angling amenity for them.

Tarun Ingvorsen, Senior Project Officer for the Salmon in the Stour project, said:

By working with anglers in the catchment, much can be gained mutually. This will provide us with vital information about the river such as access, species and water quality information. This can be used to really improve the ‘Forgotten River’ for all those who use it.

The long-term aim of the Salmon in the Stour project is to remove barriers to fish movement, provide habitats for threatened species, re-naturalise artificial banks, tackle the spread of invasive species, identify and address sources of pollution, improve access for people and celebrate the watercourses’ history and heritage. For more information follow @SalmonStour and @StourPassport on Twitter.