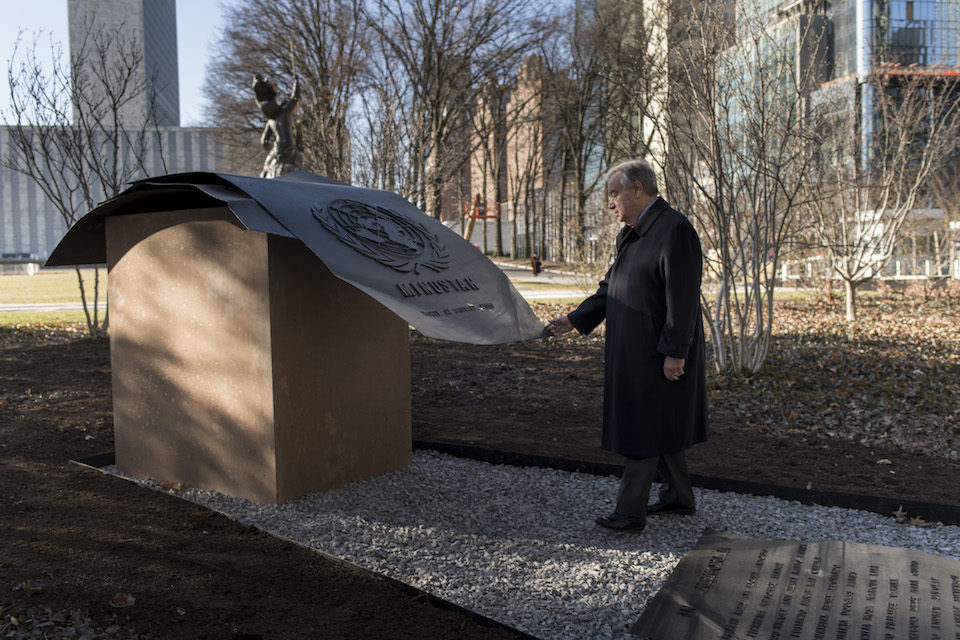 The UK welcomes the Secretary-General’s first report on BINUH’s activities. The United Kingdom is encouraged that BINUH is making a good start, in spite of the complex and challenging operating environments that the SRSG and many other council members this afternoon have described.

Firstly, with regard to the transition from MINUJUSTH to BINUH, we welcome the pace at which BINUH has staffed up and the steps taken towards greater UN integration. We are looking forward to the finalisation of the integrated strategic framework, which is an opportunity to translate the global UN reforms into a more strategic approach on the ground in Haiti – one more able to support Haiti to address the root causes of instability.

Mr President, turning to the substance of the SG’s reports, the ongoing political impasse in Haiti remains a source of enormous frustration for this council and, above all, for the Haitian people. It is vital that all parties now re-engage in direct talks to find a solution to the political deadlock. The issues of constitutional reform and credible, transparent elections should be a fundamental element of these talks.

With other state institutions paralyzed, maintaining the functionality of the Haitian National Police is absolutely critical. We welcome the progress made in this area by previous UN missions. But as other speakers have noted, significant challenges remain. In particular, sustainable solutions are needed to resourcing the Haitian National Police, and we encourage the Haitian leadership to address this challenge as a priority.

On the humanitarian front, the United Kingdom is relieved that there have been no new cases of cholera reported since February 2019. However, we remain deeply concerned by the broader humanitarian situation and especially the acute vulnerability of women and children.

Mr President, the UK welcomes the validation of the National Action Plan for Human Rights. However, we also remain deeply concerned about the overall human rights and rule of law situation in Haiti, in particular with regard to prison conditions, pre-trial detention, court functionality and the scant progress in pursuing accountability for recent violations. We also share South Africa’s concern regarding incitement to violence on Haitian media. Such incitement risks undermining prospects for progress on the political front and puts Haitian lives at risk.

Mr President, in conclusion, this new UN configuration provides, as we see it, the opportunity for a fundamentally new era of UN cooperation with Haiti – one geared at sustaining peace and advancing developments. We urge all parties to do everything possible to ensure that this opportunity is not lost.