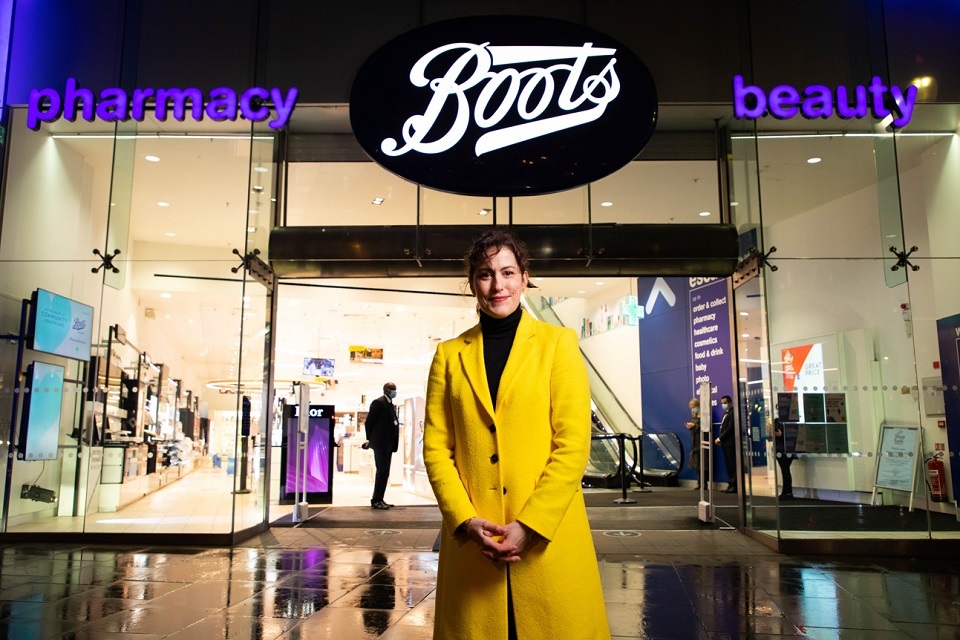 From today (14 January), victims of domestic abuse will be able to access much needed support from thousands of pharmacies across the UK, backed by the government.

The Ask for ANI scheme allows those at risk or suffering from abuse to discreetly signal that they need help and access support. By asking for ANI, a trained pharmacy worker will offer a private space where they can understand if the victim needs to speak to the police or would like help to access support services such as a national or local domestic abuse helplines.

As an essential retailer based on high streets across the country, and with specifically trained staff, pharmacies can provide a safe space for victims to sound an alarm if they are isolated at home with their abuser and unable to get help in another way.

The Prime Minister committed to launch this scheme at the Hidden Harms summit last year in recognition of the impact of Covid restrictions on the ability of victims to reach out for help and support. The scheme was initially proposed by survivors as something that would have helped them.

As we once again have to ask people across the country to stay at home to tackle this virus, it’s vital that we take action to protect those for who home is not a safe space.

That is why we have launched this scheme, supported by pharmacies up and down the country, to give some of the most vulnerable people in society a critical lifeline – making sure they have access to the support they need and keep them safe from harm.

The codeword scheme will be promoted using discreet social media adverts and paid search. Pharmacies will be given promotional material to display in store to signal to victims that they are participating.  Health professionals, social workers and Job Centres will also be asked to promote the scheme, alongside police, local authorities and specialist support services for victims.

The scheme will be initially available through the 2,300 Boots stores across the UK as well as 255 independent pharmacies. There will be an on-going sign-up process open to all pharmacies.

I know that lockdown restrictions are especially difficult for those experiencing domestic abuse. Home should be a safe place, but for those confined with an abuser it is clearly not.

The codeword scheme will offer a lifeline to all victims, ensuring they get urgent help in a safe and discreet way.

Throughout this pandemic this Government has invested millions in ensuring that vital services including helplines, counselling and refuge accommodation remains accessible during this challenging period.

With over 170 years at the heart of community care, Boots pharmacies have long been a place where people can turn to for help and advice on their local high street. Since the start of the pandemic, our 2,300 stores in communities across the UK have taken on increased importance as a place of safety for those who need one.

In addition to the designated Safe Spaces in our pharmacies, we hope with the new codeword scheme we can continue to help people access the support they need quickly, safely and discreetly.

This is something our pharmacy teams feel very passionately about, and we are proud of their continued dedication supporting those in need at a time of such extraordinary challenge.

Community pharmacies are about people, not just pills. There is a clear and urgent need to support victims of abuse and we want to play our part.

The Ask for ANI alert mechanism is a discreet and sensitive way to help support some of the most vulnerable people in our society.

The codeword scheme will complement the charity Hestia’s UK SAYS NO MORE Safe Spaces initiative by enabling pharmacy staff to offer immediate and emergency assistance. Building on the successful Home Office #YouAreNotAlone campaign, this scheme is another way government is raising awareness of the vital support available through domestic abuse charities and other partners including the police.

The launch of the scheme comes as Home Secretary Priti Patel announces new laws to reform pre-charge bail which will allow for better protection to victims and witnesses in cases of violent and sexual offences, including domestic abuse.

The Home Office today published its response to a consultation on pre-charge bail, which enables police to release a suspect from custody subject to conditions, while they gather evidence or await a charging decision. The new measures will include removing the presumption against use of pre-charge bail, enabling police to impose strict conditions on more suspects in high-harm cases – including most cases of domestic abuse and sexual violence – and where there are real risks to victims, witnesses, and the public.

As Home Secretary, it is my priority to deliver justice for victims and restore confidence in our criminal justice system.

The introduction of the national codeword scheme, Ask for ANI, will ensure victims of domestic abuse can always get help when they need it, while our pre-charge bail reforms will ensure that suspects, including those charged with domestic abuse, are more closely monitored and the public is protected.

Taken together, these changes will help us create a safer more secure UK after the pandemic.

In another move to support victims of domestic abuse, Business Minister Paul Scully has today issued a rallying call to employers across the country to take some simple steps to ensure their organisation is spotting signs of domestic abuse and helping their staff find the right support. In an open letter to all UK employers, the Business Minister has outlined a few key, practical steps they can take to build awareness of domestic abuse, ensure they are noticing warning signs, and helping workers access the support they need.

Law Domestic abuse: open letter to employers on how to…
0
✖