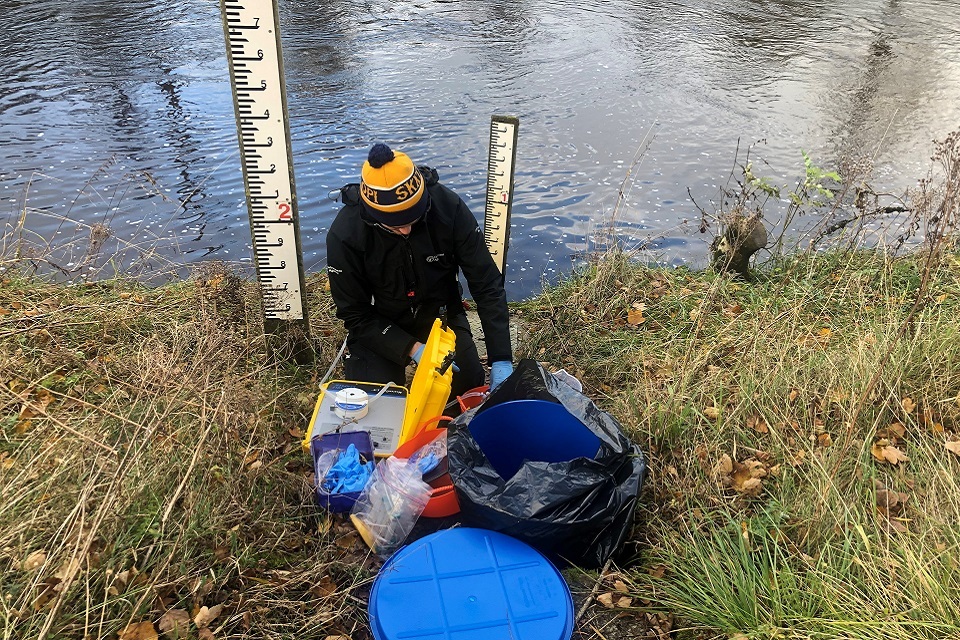 Surveys took place in November across Northumberland, North and West Yorkshire, including the River Ure near Bainbridge and a Stillwater near Holmfirth.

The signal crayfish, which originates from America, is bigger, more aggressive and out-competes the native white clawed crayfish. They also carry a fungal disease known as crayfish plague, which is fatal to the native species. Some areas of the North East and Yorkshire have some native crayfish populations in their rivers, some of the last strongholds in the country.

Ian Marshall, Biodiversity Technical Specialist in the North East and white-clawed crayfish National Species Lead for the Environment Agency, is leading on the work. He said:

It’s well known that our native white clawed crayfish is in perilous danger and it’s imperative we take steps to safeguard its future.

The more we know about the presence and movement of both native and non-native crayfish the more we can do to help. This pilot project will result in a new sampling protocol being developed for use right across the country, which will support conservation efforts.

By using the latest techniques, we will be able to better focus our efforts, enabling us to make a greater impact on conserving this valuable species.

The new method was successfully implemented by the Marine Institute Ireland (MII) and involves pumping a large amount of river water through a glass fibre filter using a specialist pump. This is then sent to MII and the Environment Agency’s National Laboratory Service for analysis.

Ian is also exploring how to apply the new method to other protected species, such as freshwater pearl mussels, as well as to invasive species. He added:

The opportunity to also work with freshwater pearl mussels to identify potential relic populations or introduction sites is currently being investigated.

River users can play a vital role in conserving the future of white clawed crayfish. The Environment Agency urges people to ‘Check – Clean – Dry’ their footwear and equipment after spending time in and around watercourses.

Anything that has contact with the water and riverbank needs to be cleaned thoroughly and dried until it has been dry for 48 hours. If this is not possible, cleaning and the use of an environmentally friendly aquatic disinfectant is recommended. This will make sure all aquatic diseases and invasive species are killed. More information can be found on the Invasive non-native species website.