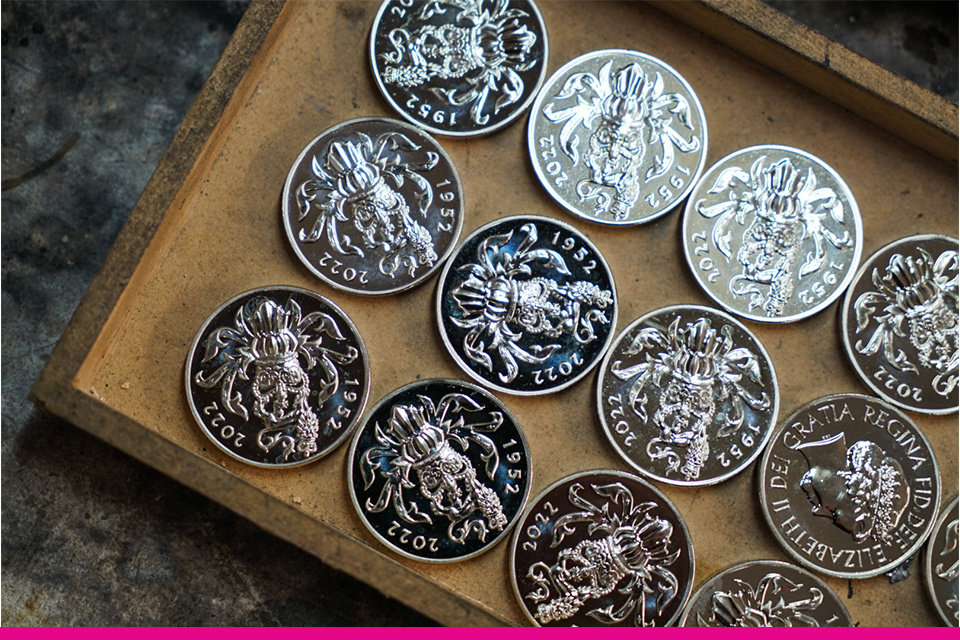 The design of the medal awarded to a number of front line emergency workers to mark Her Majesty The Queen’s Platinum Jubilee next year has been unveiled today.

The medal, which has been designed by Timothy Noad of the College of Arms, will be awarded to individual George and Victoria Cross recipients and serving members of the Armed Forces and emergency services, among others, and acts as a token of the nation’s thanks to those who diligently serve the public.

The medal, which is made of nickel silver, features an image of The Queen with the Latin inscription ‘Elizabeth II Dei Gratia Regina Fid Def’ which stands for ‘Elizabeth II, By the Grace of God, Queen, Defender of the Faith’.

Her Majesty The Queen’s Platinum Jubilee is a wonderful opportunity to recognise the dedication and service of those who, like the Queen, tirelessly serve our country.

From the troops who serve overseas to the emergency services workers at home who run towards danger when others would flee, we are honoured to have such dedicated and professional public servants who keep us safe.

2022 is an opportunity for us to come together as a nation to celebrate and say thank you to Her Majesty and all those who work so hard to make Britain Great.

The history of awarding medals to mark Royal Jubilee’s dates back to the Victorian period when the first medal was awarded to mark the 50th anniversary of Queen Victoria’s reign.

Those who will receive the medal for Her Majesty The Queen’s Platinum Jubilee are:

2022 will be a blockbuster year of celebrations with plans to mark Her Majesty The Queen’s Platinum Jubilee with a four-day Bank Holiday weekend from 2 – 5 June which includes Trooping the Colour, the lighting of beacons, a Service of Thanksgiving, a concert, Platinum Pageant and nation-wide street parties.

As well as celebrating 70 years of Her Majesty The Queen’s reign, Britain will host the Commonwealth Games in Birmingham and the Festival 2022, which will celebrate the cross collaboration of the Science, Technology, Engineering, Art and Maths sectors.

The government is developing plans to mark the contribution of key workers, including NHS workers, to the fight against the Covid-19 pandemic and will announce further plans in due course.

For those eligible, there is no application process – eligible staff will be automatically notified via their employer.

Government departments are responsible for applying the eligibility criteria (agreed across Government) to their staff and those organisations they sponsor for Honours purposes.

The government has also launched its Platinum Jubilee website which includes an interactive map for people and organisations to contribute to and search for information on events and activities taking place near to them.