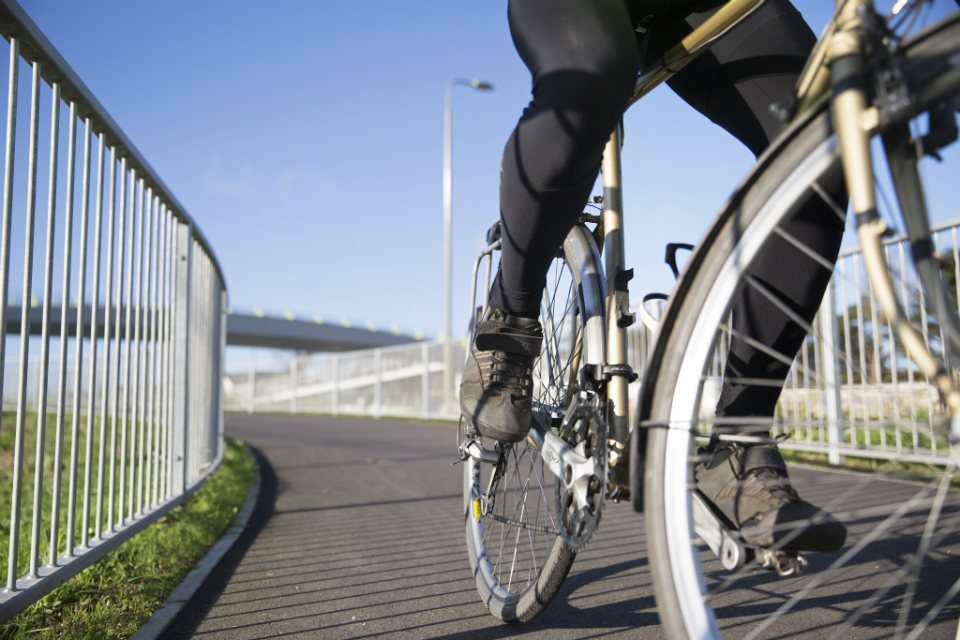 As well as improving and maintaining the country’s motorways and major A roads, the company is committed to providing more attractive, safe, accessible and integrated cycling facilities, to encourage more people to cycle. It aims to install 150 cycling schemes by the end of March 2020 and today, to coincide with national Bike Week, it has announced more than £5 million of safety improvements to benefit cyclists and walkers living and working near Bristol.

Funding for the schemes comes from a £175 million pot dedicated for cycling, safety and integration improvements.

We’re committed to significantly improving safety across our road network, and the new and improved cycle and footpaths will make it much easier and safer for cyclists and pedestrians.

Our designated funds programme was developed so that we can invest in projects beyond our traditional road build and maintenance.

We’re delighted to be partnering with Sustrans and business and local authority partners to realise these cycling projects and this is a glowing example of how this funding can have a positive impact on people and communities.

To date, a total of 101 cycling schemes have been completed, with a further 49 schemes to be delivered this year. A scheme already delivered in the Bristol area has provided safer journeys for cyclists around M5 Junction 16 at Almondsbury, and elsewhere, the designated fund has assisted in delivering schemes around the A540 near Ellesmere Port in Cheshire, the A64 near Musley Bank (near Malton) and Tadcaster Bar and the M11 near London Stansted Airport.

Earlier this year, Highways England announced £17 million of funding to enable Cornwall Council to deliver four major cycle routes alongside the busy A30 and this latest announcement will pave the way for cyclists and walkers living and working around the Avonmouth area of Bristol to benefit from £5.18 million of infrastructure improvements.

The latest initiative, which will see the upgrade of three routes spanning a total of 10.7 kilometres around the M49, is being developed by Sustrans, the sustainable transport charity, in partnership with Mott MacDonald, South Gloucestershire Council, Bristol City Council and local social enterprise SevernNet.

Sustrans and SevernNet are also working with local businesses, the community and Travelwest to promote walking and cycling on both the new and existing routes within the local cycle network around Bristol. They are looking at bike loan schemes, better information, confidence-building activities and travel hubs to help more people out of their cars and onto the National Cycle Network.

The Government allocated £675 million of funds to Highways England over a five-year spending period covering 2015 to 2020 – a series of ring-fenced funds designated to address a range of issues including Environment, Cycling, Safety and Integration, Air Quality and Innovation, and separate to funding for road improvements, repairs and maintenance.

Cycling and walking should be a natural choice, which is why in England we are delivering crucial infrastructure and making active travel easier.

I’m delighted that this scheme will deliver improvements to nearly 11km of cycle routes around Bristol, allowing residents to benefit from transport links that are safe, accessible and sustainable.

This is an extraordinary walking and cycling project. The funding not only covers design and construction, but business engagement, behaviour change, monitoring and future maintenance, to maximise usage of the new infrastructure.

This investment coming to Avonmouth and Severnside will have a huge impact on the ability for local people to access the jobs in the enterprise area without contributing to congestion or poor air quality.

For more information regarding Highways England Designated Funds go to the website.

100 cycle path schemes clocked up in the Bristol area