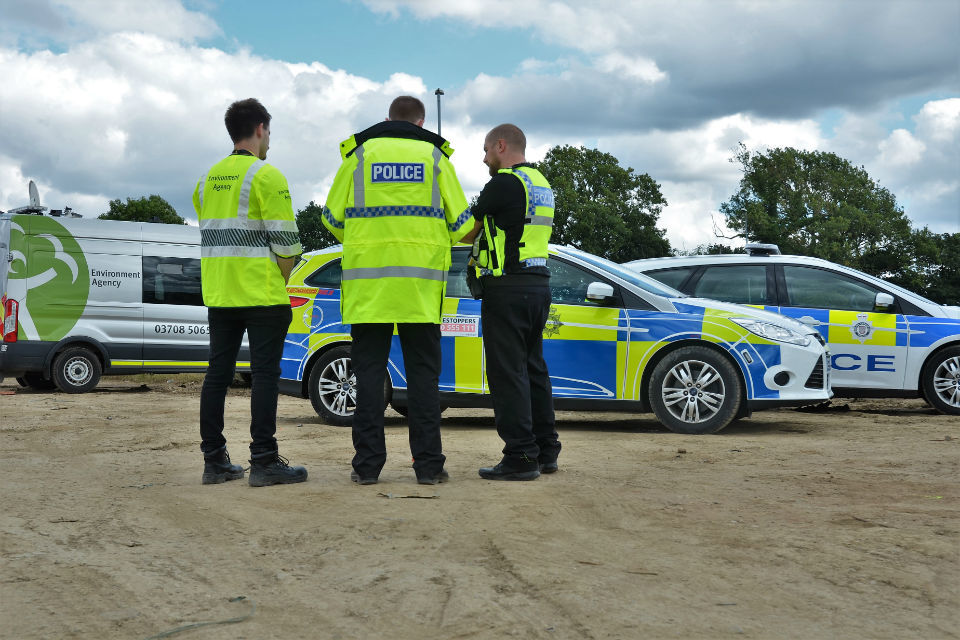 A 42-year-old man from Derby has been ordered to pay £520 after pleading guilty to operating as an illegal waste carrier throughout the Midlands in a case heard at Lincoln Magistrates’ Court on Tuesday 14th May.

On 14th May he was conditionally discharged for a period of two years and ordered to pay costs of £500 and a Victim Surcharge of £20. A licence would have cost just £154. Anyone caught transporting waste as part of their business, whether it is their waste or someone else’s, has to have a Waste Carrier Licence.

Varey was warned by the Magistrates that, if he offends during the next two years, he will face punishment for these eight offences as well as penalties for his new offending.

The investigation into this case involved the Environment Agency working in partnership with the police on Operation Transporter – a multi-agency operation targeting road crime.

Police discovered one of the vehicles that Varey had used to transport waste when they were called to a restaurant in Lincoln on 15 July 2018.

On inspecting the vehicle, officers found a ticket confirming scrap metal had been delivered to a recycling centre in Sheffield on 14 July 2018. The recycling centre confirmed that Varey’s account had also been used on the eight dates relating to his charges, between 14 July 2018 and 26 February 2019, at their branches which also included Nottingham and Birmingham.

The case demonstrates how seriously we take illegal waste crime and how we take robust enforcement action against those who deliberately ignore the law to protect communities and the environment. We hope it makes it clear that, if you transport waste, you must register for a Waste Carrier Licence.

We also highlight to householders and businesses the importance of only using licensed waste carriers to ensure any waste will be properly and legally managed.

We thank our partners, Nottinghamshire Police and Lincolnshire Police for co-operating with us throughout this investigation and for providing crucial evidence and assistance which led to today’s successful prosecution.