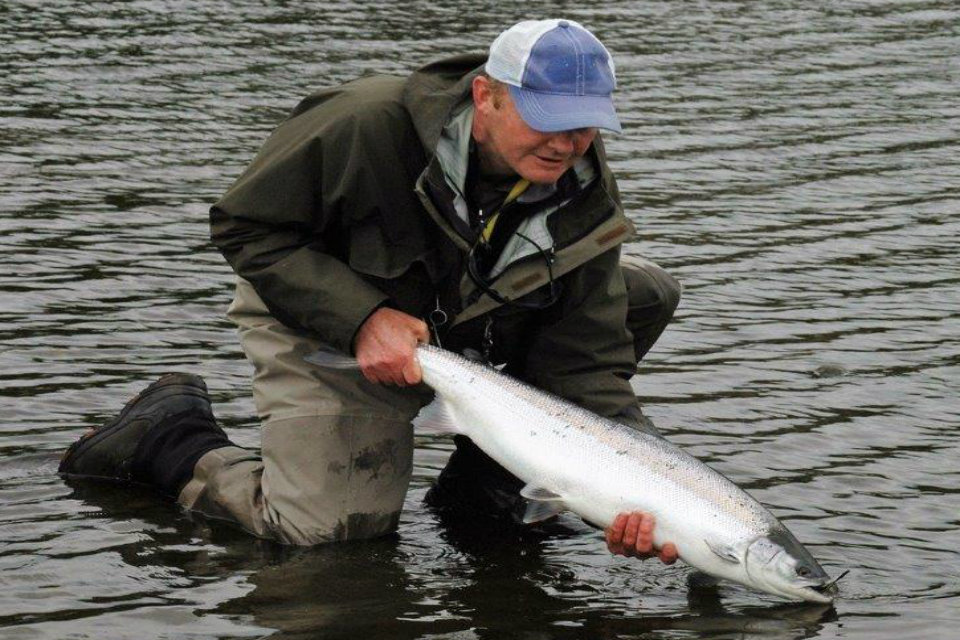 The call comes after the release of the 2018 Salmon Stock Assessment report showing that salmon stocks are continuing to decline.

After several years of poor catches on most rivers, the Environment Agency and partner organisations are now asking anglers to take great care in returning voluntarily the salmon they catch this year to the water. Some of the most vulnerable rivers already have byelaws to require all fish to be returned. Even where the rules don’t require anglers to release their catch, they are being asked to help secure salmon fishing for the future – by releasing more of the fish they catch using best practice.

With the salmon fishing season underway in England, anglers can play an important role in reviving this species by returning any caught salmon, so they have a chance to return to their headwater streams and spawn. Byelaws are already in place requiring that any salmon caught before 16 June are returned safely to the water. The Environment Agency also prohibits the sale of rod caught fish.

Current salmon return rates across rivers in England and Wales vary widely and the Environment Agency is asking anglers to increase these rates above 90% and to 100% where stocks are most threatened.

The Environment Agency is taking these actions because of the need to protect salmon stocks that have declined to unsustainable population levels in many of our rivers. The decline in the numbers of wild salmon, seen not just in English rivers but throughout the North Atlantic, is of great concern and the Environment Agency is determined to protect the future of this important species.

Kevin Austin, Head of Fisheries at the Environment Agency, said:

We need anglers to support the recovery of this iconic and endangered fish by adopting 100% catch and release in our rivers.

We know that salmon have good chances of surviving after being caught by a rod fisherman if they are handled with care and returned quickly to the water.

The Environment Agency aims to restore the abundance, diversity and resilience of salmon stocks throughout England working with partners.

We warmly welcome the Environment Agency’s voluntary approach to the management of fish mortality from salmon angling.

Now it is up to the angling community to deliver these voluntary targets. We also need to play our part by releasing fish carefully and not taking them out of the water for anything more than a few seconds.

This can make a huge difference to the survival rates of released fish. There is a best practice guide on our web site available to everyone.

The International Year of the Salmon is a collaboration among organisations and countries throughout the Northern Hemisphere. It aims to support the conservation and restoration of wild salmon species, which are under threat worldwide.

The effort to increase catch and release of Salmon in England is part of the salmon five point approach which sets out commitments to restoring salmon in England.

Anglers asked to embrace careful catch and release of salmon