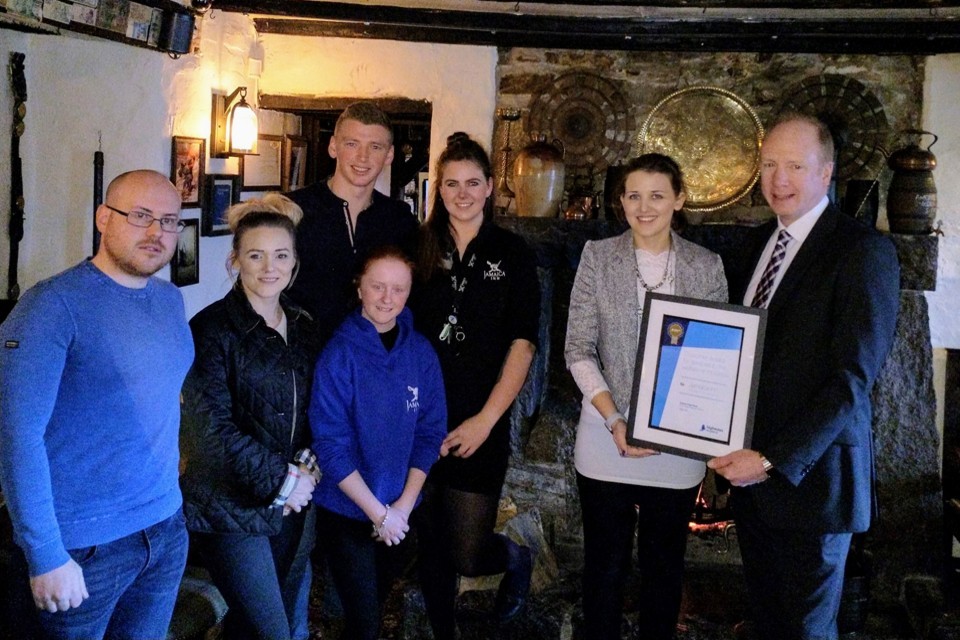 The Jamaica Inn became a safe haven for 140 people when heavy snow swept across the county and trapped motorists on Bodmin Moor, together with other vulnerable locations on the A30, such as Temple Hill.

With the route blocked by incidents, people were forced to abandon their vehicles and make their way through the snow to the historic hostelry made famous by Daphne du Maurier in her classic novel.

Once the pub’s 36 rooms were fully booked, general manager Sammy Wheeler and staff worked through the night to provide a comfortable refuge. They provided hot food and drinks and set up makeshift dormitories with mattresses on the floors, and also assisted people back through the snow the next morning to recover their vehicles.

Highways England, the company which maintains and manages the A30 route through Devon and Cornwall, deployed 48 gritters and six tractors over the three days of last week’s severe weather event, treating its South West network with 1,700 tonnes of salt and covering a total of 26,000 miles – the equivalent of travelling Land’s End to John O’Groats 32 times.

During the heavy snowfall in Cornwall, teams were busy throughout the evening and into the night, working with police, council partners and local communities to free trapped vehicles, clear the road of snow and get traffic moving.

And it has been quick to recognise the effort of the Jamaica Inn team by stepping in to award them a Customer Award for Services to the Welfare of Motorists.

Motorists in Cornwall experienced some pretty hazardous conditions last week and we too faced some real challenges across our network when a combination of incidents and a heavier than anticipated snow event led to many drivers finding themselves stranded.

We worked hard with Devon & Cornwall Police and Cornwall Council to free many drivers and get the A30 moving – two of our inspectors in fact, James Andrew and Trevor Holloway, spent eight and a half hours in the snow helping to free people and get them moving up Temple Hill.

During that time the offer of accommodation from the Jamaica Inn was very welcome. Sammy and the team, as with our teams and many others that evening, went above and beyond their usual shift. At Highways England, the safety and welfare of our customers is our top priority and that’s why we felt this exceptional provision of welfare deserved special recognition.

The Inn has helped many travellers in need over the 270 years of its history when wild and unexpected weather has hit.

On this occasion, we were able to give, without charge, a combination of emergency beds, mattresses, settees and even just carpet space when we ran out of everything else. All had a blanket, we kept the kitchen and three log fires going all night and Sammy and her staff were quite remarkable.

The way we see it is we are just continuing this tradition but it’s nice to be recognised and we’re delighted to receive this award from Highways England – it will take pride of place at the inn.