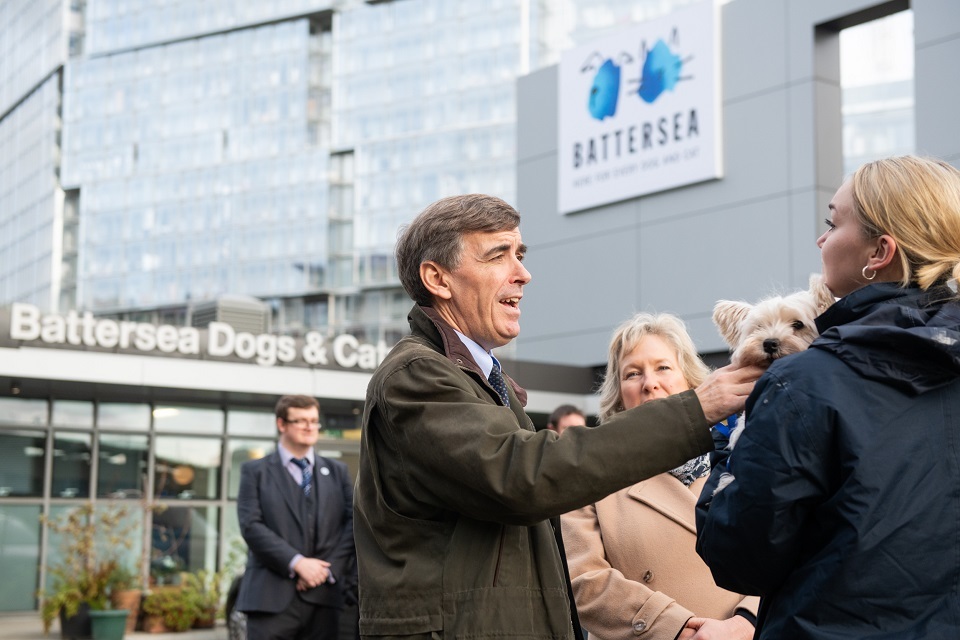 The government has confirmed it will be banning third party sales of puppies and kittens, Animal Welfare Minister David Rutley announced today (23 December).

The decision was taken following a public consultation, from which there was over 95 per cent support for a ban. It will help bring to an end the terrible welfare conditions found in puppy farming and solve a range of existing animal welfare issues.

This will mean that anyone looking to buy or adopt a puppy or kitten under six months must either deal directly with the breeder or with an animal rehoming centre.

This will help to crack down on puppy farms and make it much harder for high volume low welfare breeders, both licensed and unlicensed, whose trade relies on third party sellers.

These include the early separation of puppies and kittens from their mothers and the increased likelihood of long journeys that puppies or kittens have to undertake. All of these can contribute to an increased risk of disease and a lack of socialisation for the puppies and kittens.

This ban on third party sales of puppies and kittens is part of our commitment to make sure the nation’s much-loved pets get the right start in life. I pay tribute to the Lucy’s Law campaign and the many stakeholders who have passionately campaigned for this ban. Today’s decision builds on our previous action in this area, including banning the sale of puppies under eight weeks and tackling the breeding of dogs with genetic disorders.

I urge anyone who is thinking of buying a puppy, or any pet, at this time of year to pause and think carefully before doing so. Pets become a part of our families and it is a decision that requires careful consideration and planning. It should not be undertaken on a whim or as a surprise. That is why we promote responsible pet ownership in our welfare codes and I urge fellow animal lovers to consider the idea of rehoming a dog from the many wonderful organisations across the country.

This is a real victory for grass roots campaigners as well as the UK’s dogs and cats. On behalf of my phenomenal Lucy’s Law team I thank the government, and every animal lover, ethical animal welfare organisation, parliamentarian, and celebrity that’s helped make Lucy’s Law’s ban on third party puppy and kitten sales a reality.

The third party trade supports and sustains both legal and illegal puppy dealing, inappropriate activities suffering exactly the same negative welfare implications; effectively the puppy or kitten (and their mum) is damaged before reaching the licensed or unlicensed seller. Thanks to Lucy’s Law’s ban on third party dealers, every breeder now becomes accountable and transparent, prospective owners will always see mum interacting with puppy or kitten in the place they were born, and illegally smuggled pups become more difficult to sell, make it making it the first major step in tackling irresponsible dog and cat breeding in the UK and beyond.

Lucy’s Law will help end puppy farming, protect the future health and happiness of dogs like poor little Lucy, as well as encourage prospective pet owners to adopt from their local rescue shelter too.

Battersea welcomes today’s government confirmation that third party sales of puppies and kittens will be banned. Properly enforced, this will help put an end to dogs being used as breeding machines and kept in shocking conditions.

The days of unscrupulous puppy dealers lining their pockets with no regard for animal welfare must now come to an end. This ban makes breeders properly accountable for the puppies they produce and will now give future owners the reassurance that they can adopt their new dog or cat from a safe and trusted source and ideally from a rescue centre.

Christmas time is often a popular time for puppy and pet purchases but this carries a number of risks and can have tragic consequences for animal welfare when pets are either abandoned or given to rehoming centres to deal with.

The government fully supports those charities who have been calling for responsible dog ownership and for people to consider carefully whether they want to buy a pet for Christmas before doing so. Pets should not be bought as a surprise.

Today’s announcement is a positive step for animal welfare and we are also pleased that our recommendation to regulate the rehoming sector is being seriously considered.

We already know of cases where unscrupulous sellers set themselves up as fake breeders, with fake homes and fake puppy mums, while shipping in puppies from puppy farms or overseas. By looking to address this loophole we can also prevent unscrupulous sellers from setting themselves up as a rehoming organisation in order to continue their devious trade. This is one of a package of measures which must be addressed for a ban to be fully effective.

We ask everyone to remember our famous slogan, ‘A dog is for life, not just for Christmas®,’ when deciding to welcome a puppy into their lives.

The government will also continue to work with stakeholders on the issue of whether non-commercial rescue and rehoming centres will require a licence to operate. Over 90% supported this idea in a call for evidence.

Environment Fair funding for farmers across all parts of the …
0
✖