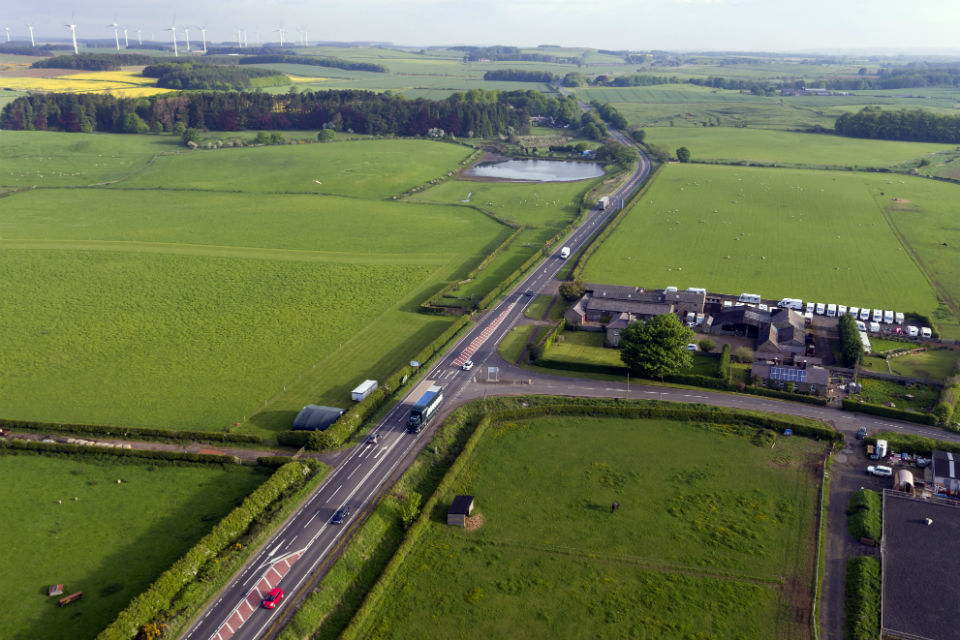 Highways England is asking for views on a scheme which will dual around five miles of the A1. The consultation opens on Monday 25 February and anyone with an interest in the route is encouraged to take part.

The consultation – which can be viewed here – will run for six weeks until Monday 8 April and there will also be a series of public events.

We are holding four public consultation events across the area which will provide people with an update on the progress we have made since the last consultation in November 2016 and the preferred route announcement which was made in September 2017.

The events will also provide an opportunity for people to understand the proposals in more detail and provide feedback which we may be able to incorporate into our preliminary design for the scheme.

In September last year it was announced that the orange option was the preferred route between Alnwick and Ellingham. It will include a new junction at Charlton Mires.

Highways England is planning to upgrade sections of single carriageway in Northumberland as part of a £290m investment, creating a dual carriageway on the entire stretch of the route between Newcastle and Ellingham.

These improvements will provide additional capacity, and improve journey times and safety while supporting economic growth in the region.

Junction improvements north of Ellingham have already started. Work has been completed at Adderstone and work has started at Fenham and Outchester. Work is due to start at Old Mousen and Newstead in March 2019.

Six other junctions, Cheswick, Warenford, Station Road, Haggerstone Castle, Purdy Lodge and Fenham Hill will be started by the end of March 2020.

Work on the section between Morpeth to Felton is continuing and the Development Consent Order, similar to planning permission is due to be submitted in summer 2019.

Consultation events for Alnwick to Ellingham will be held at the following:

We will also be at Heighley Gate garden centre, Morpeth, NE61 3DA, on Friday 1 March between 9am and 11.30am and then between 1pm and 4pm in Alnwick main square to highlight the upcoming consultation events taking place.

Chance to have your say on dualling the A1

Transport Government to consult on ban on 10-year-old tyres…