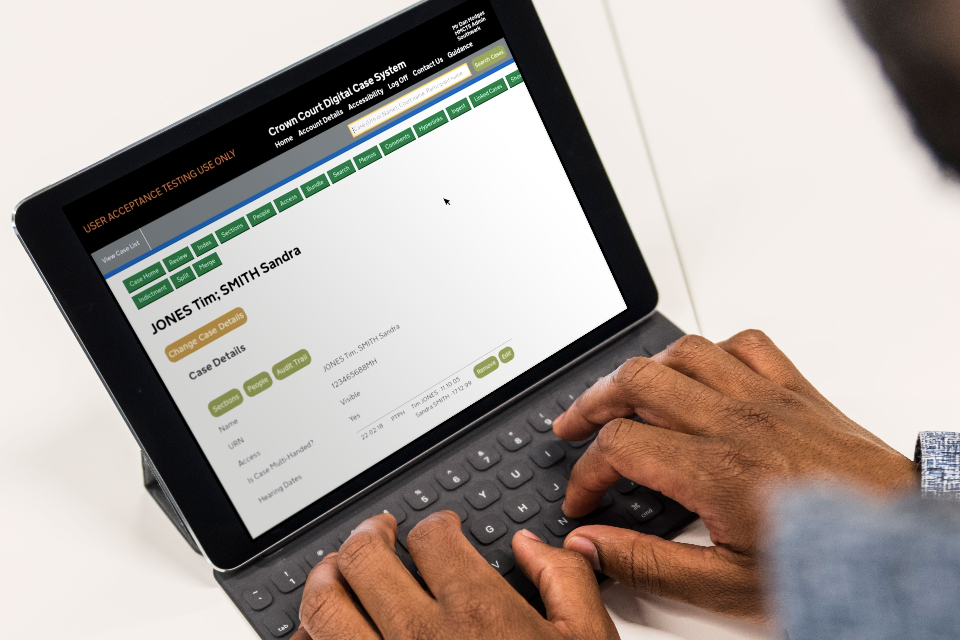 What do 40 double decker buses, 55 African elephants and 300 cars have in common?

Remarkably, the weight of each group – almost 500,000 kilograms – reflects the amount of paper saved in last four years by a new digital system designed to improve court efficiency.

Used in all Crown Courts across England and Wales, the Digital Case System allows case material to be accessed, prepared and presented digitally by the judge, clerk, defence, prosecution and probation. Court users working digitally are then able to access, navigate and annotate identical pages of the same document. The system recently reached the milestone of 100 million sheets of paper saved. This has improved efficiency and collaboration while saving the criminal justice system and legal professionals valuable time and money in the process.

If every piece of paper saved by the Digital Case System was placed on top of one another it would reach a height of 33,500 feet – almost 5,000 feet higher than Mt. Everest. Placed next to one another, the paper trail would stretch from Land’s End to John O’Groats and back again 10 times.

The Digital Case System is a great example of the benefit technology is bringing to our courts and tribunals. Not only has it saved a staggering amount of paper but it is making a real difference to legal professionals up and down the country every single day.

We will continue to use technology and digital ways of working to ensure our world-renowned justice system remains fit for the 21st century.

Before the Digital Case System was launched, court staff were printing thousands of pieces of paper every day, which would then have to be filed and distributed across the building before being taken to and from court.

The judges in our Crown Courts have been enthusiastic supporters of the use of Digital Case System. It has transformed the way in which criminal cases are conducted and improved immeasurably the administration of justice.

The Digital Case System is just one example of how technology and modern ways of working are making a difference to people across the country and improving the way we administer justice.

More than 35,000 applications for divorce have been made online since the system was launched in May 2018 with errors in applications cut from 40% to less than 1%. HMCTS’ online civil money claims service has had almost 60,000 applications in the past year and claims now take, on average, 10 minutes to issue down from 15 days using the old, paper based service.