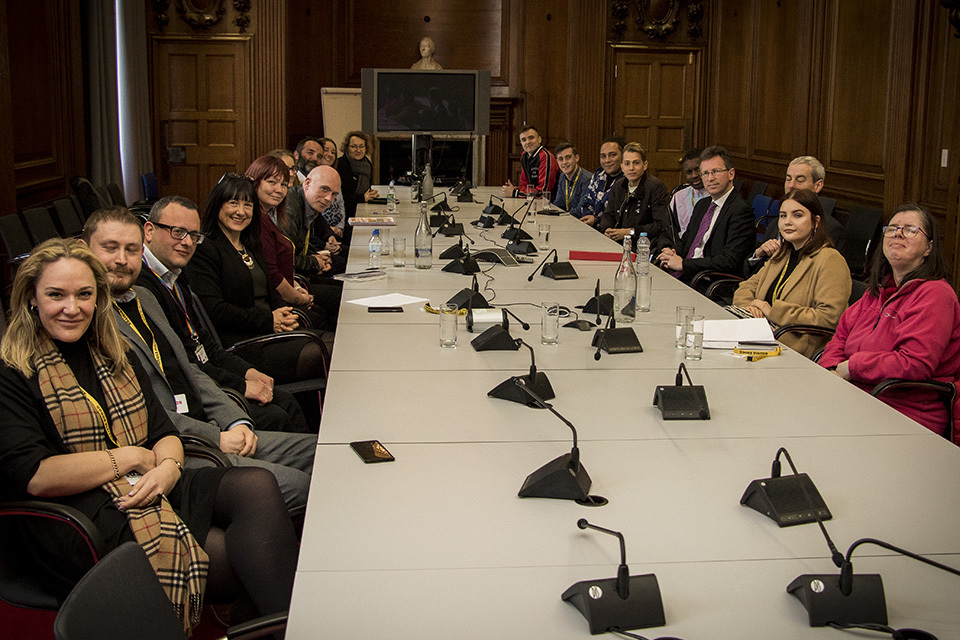 The Digital Secretary Jeremy Wright has today met with people affected by online harms, as the Government finalises what new laws will be necessary to ensure UK citizens are better protected online.

Many of those the Secretary of State met with have suffered directly from online harms – including cyber bullying, revenge p**n and hate speech. They are now publicly campaigning on online safety issues and supporting others through their own platforms and work with charities.

The meeting at the Department for Digital, Culture, Media and Sport (DCMS) comes ahead of the publication of the Online Harms White Paper, which will outline steps government will take to ensure the UK is the safest place in the world to be online.

The meeting was an opportunity to listen to those who have been directly affected by these issues to help shape any new legislation and hear their views about what more social media companies could do to combat the negative effects of their platforms.

Today I have heard directly from those who have suffered the very worst that the online world has to offer. I am grateful to them for sharing their experiences and for their input into what needs to change to ensure future generations can make the best possible use of everything good about the internet, without experiencing these harms.

The Diana Award has been one of many organisations engaged with government throughout this process, and it was useful to again meet with Jeremy alongside parents, young people and our Anti-Bullying Ambassadors from across the UK who are trained to keep themselves and peers safe online.

Industry play a vital part in interventions working with organisations like ours and many others to help us to manage risks and reduce harms for individuals, particularly children & young people. I hope that the White Paper will not only allow the UK to continue to be leaders in internet safety but that it also attracts wider international support from other governments.

Alongside representatives from charities the Diana Award, the UK Safer Internet Centre, Mencap and the NSPCC, attendees included:

James McVey – James was bullied at school and has since been vocal about it as a Diana Award ambassador, and member of the band, The Vamps.

Calum McSwiggan – is a prominent Youtuber and frequently posts to his 200,000 followers about LGBT issues, including his own experiences of abuse online.

James Okulaja – James was subjected to online abuse and is now a national anti-bullying ambassador.

Sarah Parke – Sarah is the mother of Grace Parke, who was cyber bullied and suffered from serious mental health issues. Sarah and Grace campaign together on the issues.

Amy Clarke – Amy is a digital spokesperson at Royal Mencap Society. Amy has a learning disability and has received abuse on social media as a result of this.

Ruth Moss – Ruth’s daughter Sophie took her own life, aged 13, after being exposed to inappropriate self-harm and suicide content on social networks. Ruth has involved the police and taken steps to prevent her daughter being able to view more distressing and harmful images online.

Mared Parry – Mared was manipulated into sending sexual pictures of herself as a child. She now educates young girls about the dangers of online grooming.

Business Audit regime in the UK to be transformed with new…