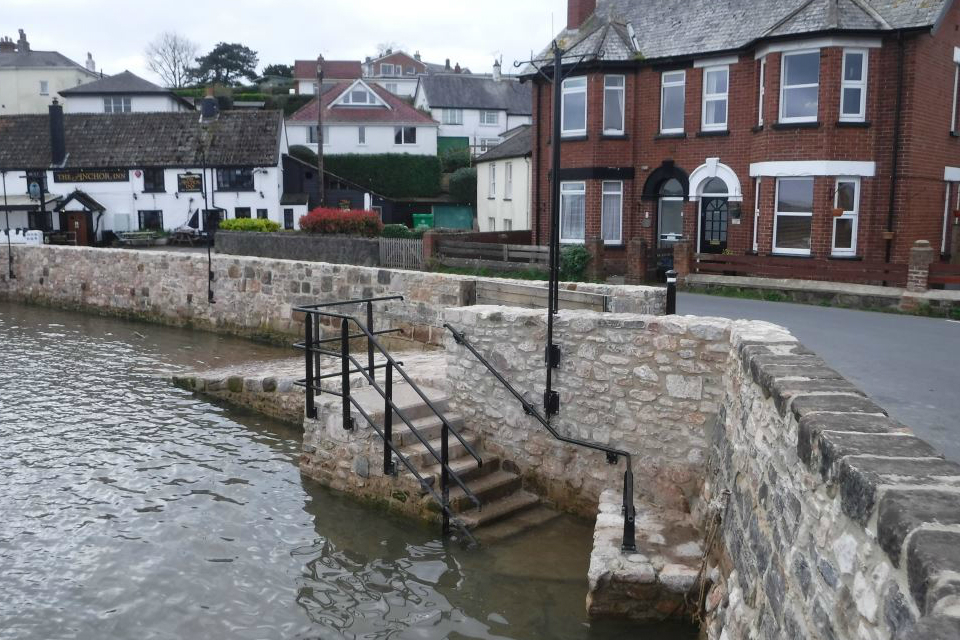 Alongside the project’s flood defence benefits, the project has included work to enhance habitats for local wildlife and to improve walkways for residents around Cockwood Harbour.

The scheme significantly reduces the risk of tidal flooding to the communities of Starcross and Cockwood, taking into account the impacts of climate change and rising sea levels until 2050.

I am delighted to see this important project completed. These new flood defences will see 650 homes and businesses in Starcross and Cockwood better protected from coastal flooding and the effects of climate change for decades to come.

We have worked closely with the local community to design and build a scheme which blends into the local environment whilst also creating additional habitats for marine wildlife and improving walkways along the seafront.

The scheme was officially opened today by Philip Rees, Chair of the South West Flood and Coastal Committee, in a ceremony with local representatives. He said:

It is an honour to cut the ribbon on this new scheme, that sees over 600 properties better protected from the worst effects of flooding. This is a unique location and it is very satisfying to see that the character of the area has been maintained whilst bringing peace of mind to many residents.

The scheme also includes a unique contingency plan. In the event that all usual forms of communication fail, the 18th and 19th-century bells in St Paul’s Church will be used to alert residents to flood risk.

The chances of tried and tested traditional electronic methods failing are remote but every flood plan has a contingency so the Environment Agency worked with Starcross Flood Group, St Paul’s Church and flood wardens on this unique solution. The bells were restored earlier this year thanks to community fundraisers and funding from the Environment Agency.

The local community also identified a need for improvements to pedestrian and road safety around Cockwood Harbour. The Environment Agency included these improvements in addition to the direct flood risk benefits of the scheme. Other features include habitat niches on the harbour wall, improved public amenity, surface water drainage and landscape finishes.