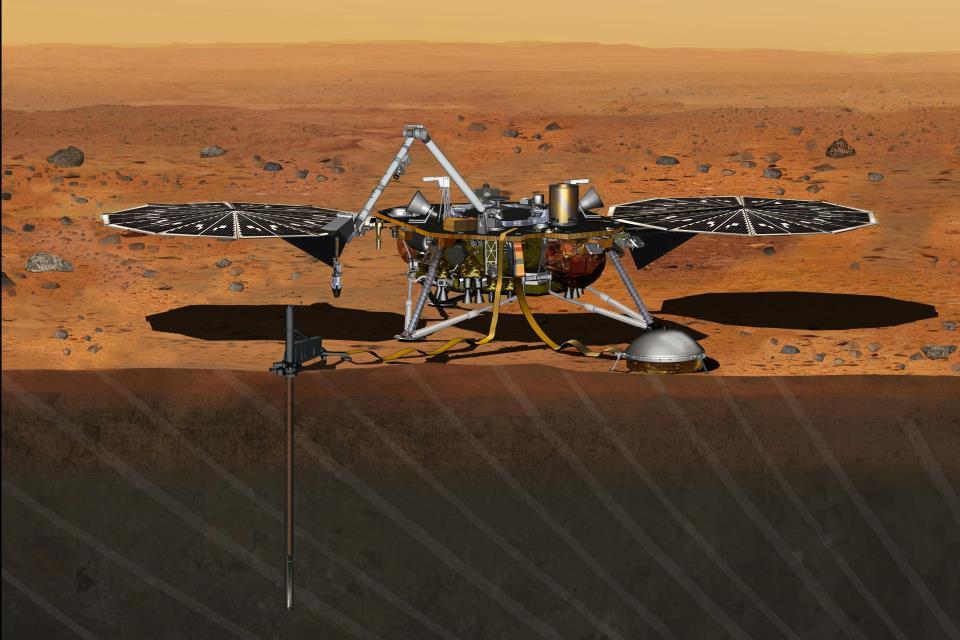 The NASA InSight lander, which is supported by the UK Space Agency, has recorded its first likely ‘marsquake’. Seismic vibrations of the Martian surface were detected by a set of silicon sensors developed in the UK.

The quiet but distinct signal was detected on 6 April 2019 (the 128th Martian day, or sol, of the mission). The signal was detected by InSight’s Seismic Experiment for Interior Structure (SEIS), which the lander placed on the Martian surface on 19 December 2018.

This project shows what can be achieved through our flourishing international partnerships and signifies our commitment to the international space sector, creating high skilled jobs across the UK as part of our modern Industrial Strategy.

Thanks to the Apollo missions of the 1960’s we know that moonquakes exist. So, it’s exciting to see the Mars results coming in, now indicating the existence of marsquakes which will lead to a better understanding of what’s below the surface of the red planet.

This is what we what we were all waiting for, the first quivering of the planet picked up by our sensors. We worked hard to develop the most sensitive silicon sensors on Earth to send to Mars as part of SEIS. Up to now we didn’t know if even that was going to be good enough.

But it looks like Mars, although very much quieter than Earth, is giving us seismic signals we are able to clearly detect. Our first investigation of the interior of another planet is now underway.

In December, the British-developed silicon sensors of SEIS captured the first sounds ever recorded directly from Mars – a haunting, low rumble caused by vibrations from the wind. Recording this wind allows scientists to separate “noise” from actual marsquakes.

InSight, which landed on 26 November 2018, will study the inside of Mars to learn how planets, moons and meteorites with rocky surfaces, including the Earth and its Moon, formed.

Dr Neil Bowles, from the University of Oxford’s Department of Physics, said:

Seeing the first likely ‘marsquake’ is really exciting and it shows the fantastic performance of the SEIS instrument. We can now start to characterise the types of signals we see on Mars to try and understand how this relates to the structure of planet.

The news of the first recorded marsquake was revealed today (23 April) at the Seismological Society of America conference in Seattle, USA.

Business Chancellor launches search for next Governor of t…