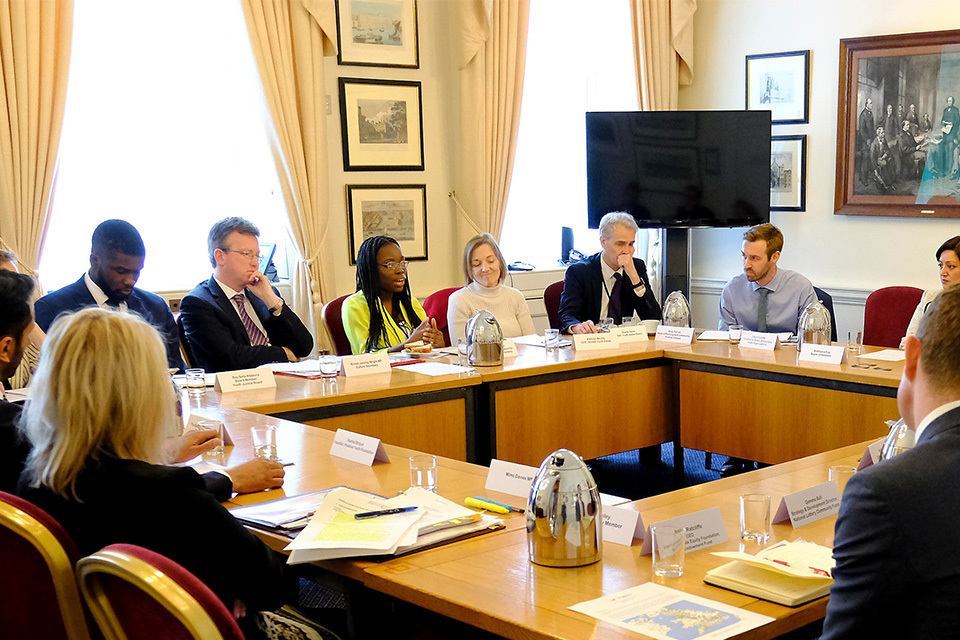 The Government has renewed its commitment to use sport to support young people in serious violence hot spots, Jeremy Wright, Secretary of State for Digital, Culture, Media and Sport, said today.

The Premier League said it will work in partnership with Government to increase one of its flagship community programmes, Premier League Kicks. Currently reaching 75,000 participants a year, the programme uses football to inspire young people to develop their potential and build stronger, safer communities.

Government will also work with a range of sports’ organisations including basketball, boxing and cycling and community-based sports charities to see what more they can do to use sport to engage young people in hard to reach areas.

Sport England, which invests more than £10 million in projects that use sport to support crime reduction, has also pledged to increase investment in sport and physical activity for children in hot spot areas. This will include increasing the number of sports ‘satellite’ clubs, which are held after school and at weekends for 14 to 19-year-olds and aim to bridge the gap between school, college and community sport. A total of 10,000 satellite clubs have been established in England, helping over half a million young people to get active.

Jeremy Wright, Secretary of State for Digital, Culture, Media and Sport, said: “Sport has the power to reach and connect people of all ages and backgrounds.

“We want to harness that power to encourage young people to choose positive activities that build confidence and key skills, rather than turn to crime and violence.

“Sports bodies already do excellent work in the community and we will work with the sector to expand sporting opportunities in youth crime hot spots to reach as many young people as possible.”

The Serious Youth Violence Summit in Downing Street will bring together over 100 attendees from a diverse range of backgrounds, including young people with experience living in communities impacted by serious violence, law enforcement, health, the voluntary sector, and businesses and education leaders.

Bill Bush, Premier League Executive Director, said: “The Premier League and our clubs recognise that young people today face huge pressures in their lives. Our education and social inclusion programmes engage thousands of youngsters every week in areas of high need. Working in partnership with a range of Government and third-sector organisations we are determined to use our popularity and reach to strengthen local communities. This includes working together with young people and supporting them in understanding how to deal with the very real dangers of gangs and knives.”

Nick Pontefract, Sport England Chief Operating Officer, said: “Sport and physical activity is a powerful and positive force for good in society. That’s why we welcome being part of the conversation at today’s serious crime summit. Sport builds a sense of community and social trust, provides role models, and new skills that can drive meaningful change. Yet we’ve only scratched the surface of its potential as a tool to engage young people at risk of being involved in knife crime. Now is a crucial time to ask what part sport and physical activity can play in tackling violence.”

The Prime Minister opened the Summit setting out proposals for a new legal duty to ensure public bodies, including hospitals, raise concerns about children at risk of becoming involved in knife crime.

The joined-up approach would ensure professionals in health, education, police, social services, housing, and the voluntary sector work together, and are held accountable for, preventing and tackling serious violence.

During the Summit the Prime Minister also confirmed plans to create a new Serious Violence Reduction Unit, based in the Cabinet Office, to continue to drive cross-government action.

The Prime Minister will also Chair a Ministerial Taskforce, within government, focussed on improving and better coordinating, our response to knife crime.

This will complement the existing Serious Violence Taskforce, set up as part of the Government’s Serious Violence Strategy, and Chaired by the Home Secretary, to bring together politicians from across parties, law enforcement and other agencies, regularly on this issue.

Government Ministers from across Whitehall will continue to chair a series of meetings throughout the week, harnessing expert knowledge to boost joint work and drive forward action in specific areas such as the justice system, healthcare and community support.