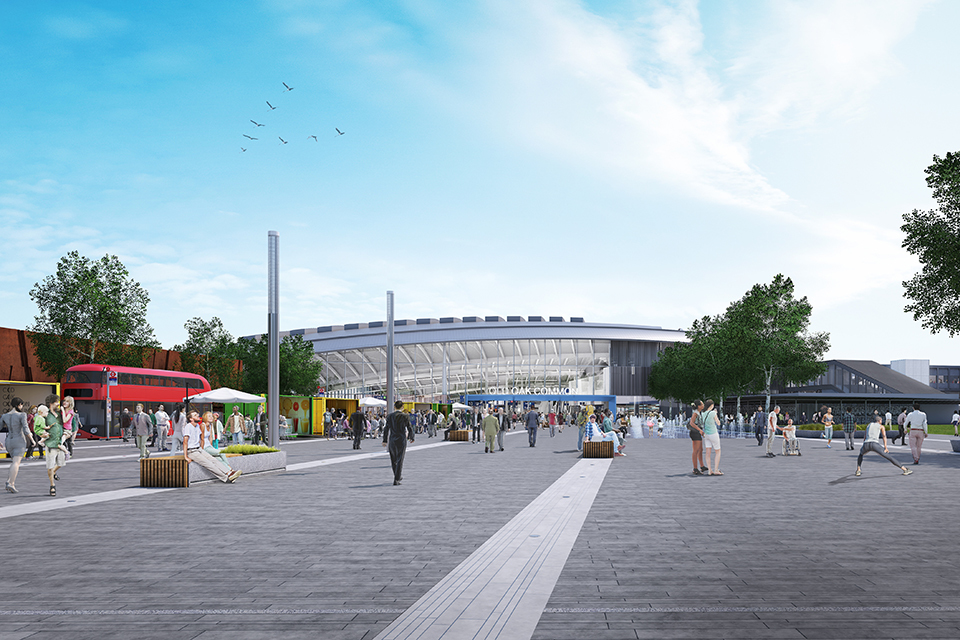 The news comes a day after the release of the latest design images for Old Oak Common, where HS2 meets London’s Crossrail line.

Work is already well underway on the transformative high-speed rail project, with more than 7,000 jobs already supported, both directly and across the UK-wide supply chain. In London, more than a thousand people are at work on site, clearing the way for the start of construction and delivering essential pre-construction works, including HS2’s pioneering archaeological programme.

The station Construction Partners will be responsible for working with HS2 Ltd and the station designers, to coordinate the delivery of the station, including platforms, concourse and links to the London Underground and other rail services.

Euston and Old Oak Common are 2 of the most important elements of the project. Two landmark stations which will help unlock tens of thousands of jobs and new homes across the capital. Together with our Birmingham stations, they will transform the way we travel and set new standards for design, construction and operation.

Mace/Dragados and Balfour Beatty/VINCI have strong track records of delivering some of the world’s most challenging and exciting infrastructure projects and I look forward to welcoming them to the team.

Euston and Old Oak Common will be catalysts for real change and regeneration, driving forward growth in their local communities while providing better journeys for passengers.

I am confident that these leading construction firms will deliver iconic stations that are safe, accessible and open to all.

At Euston, HS2 will more than double capacity, to deal with increasing passenger demand while freeing up space on the west coast mainline for more freight and local and long distance commuter services to places like Watford and Milton Keynes.

In February 2018, HS2, on behalf of the Department for Transport and Network Rail, appointed Lendlease to develop a masterplan for the wider Euston site, which could support up to 14,000 new jobs and almost 4,000 new homes, as well as shops, cafes and public spaces.

At Old Oak Common, the arrival of HS2 is expected to help kick-start the UK’s biggest regeneration project, transforming the former railway yards into new neighbourhoods supporting up to 65,000 jobs and 25,500 new homes.

With platforms both above and below ground, Old Oak Common will be the UK’s best connected station, with direct services to three major airports and eight out of Britain’s ten largest cities as well as London’s new Elizabeth Line (Crossrail).

Balfour Beatty and VINCI have experience of some of the world’s most complex construction projects, including the new Tours-Bordeaux TGV, Thames Tideway tunnel and the London 2012 Aquatics Centre.

HS2 services will eventually connect over 25 destinations and 30 million people across the UK. Trains will serve existing city centre stations in places like Glasgow and Liverpool, as well as brand new purpose built stations in Birmingham, Manchester, Leeds, and the East Midlands.