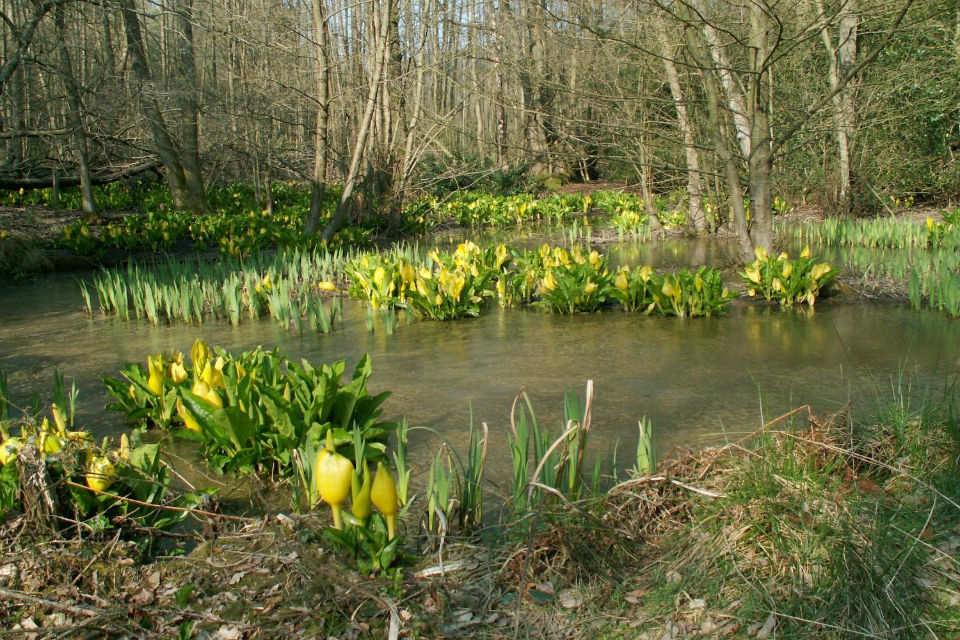 American Skunk Cabbage, one of the hundreds of invasive non-native species which threaten Britain’s native plants and animals, has been found in the East Midlands area for the first time, at Thulston Brook in Derby.

The invasive plant species is native to north-western America and was originally introduced to the UK at the beginning of the 20th century as an ornamental plant in gardens. Since then it has spread and established large populations across the UK.

Officers from the Environment Agency in the East Midlands are working to eradicate the invasive species by removing the flower heads to prevent them seeding and spreading.

We are working to eradicate the American Skunk Cabbage from Thulston Brook before it becomes too established.

In 2016, American Skunk Cabbage was banned from sale in the UK. Now gardeners are being urged to make sure that they “Be Plant Wise”, dispose of plants correctly and ensure they do not discard this species in the natural environment.

This week (13 to 17 May 2019) is Invasive Species Week and the Environment Agency is working with organisations across the UK to raise awareness of invasive non-native species to help prevent their spread, to protect the environment and recreational spaces for future generations to enjoy.