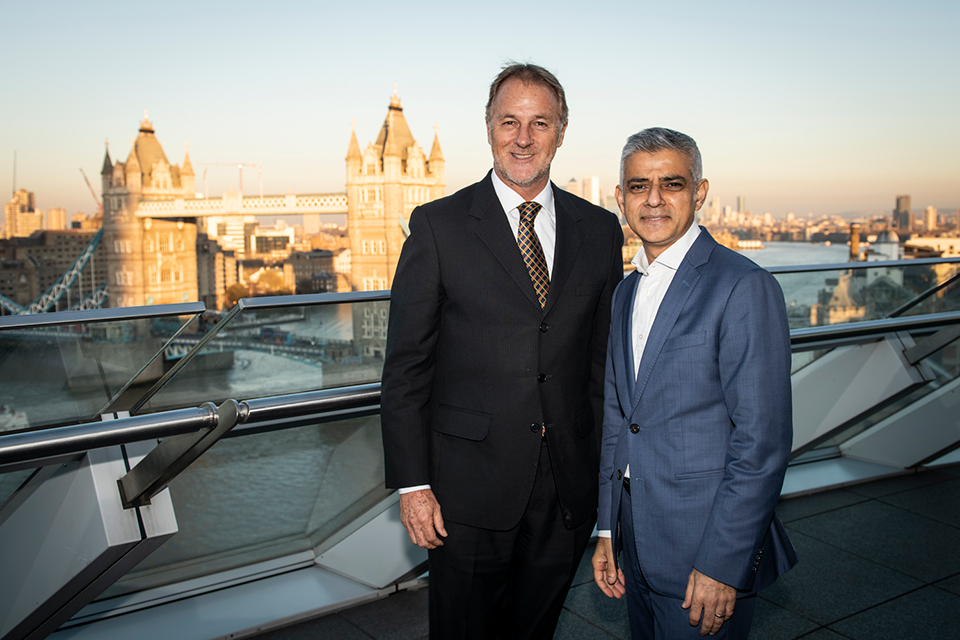 Jorge Muñoz, the newly-elected mayor of Peru’s capital of Lima, met with the Mayor of London, Sadiq Khan. Their first meeting, which took place in the context of the InPERU trade and investment roadshow to the UK, was an opportunity to share experiences in putting on major global sporting events such as the London 2012 Olympics and the Lima 2019 Pan American Games. The Games and Para Pan American Games will take place in Lima, Peru, in July this year.

The UK is Peru’s main delivery partner for the Lima 2019 Games through a Government-to-Government Agreement and British expertise is helping Peru’s organising committee to deliver the Games on time and on budget. This framework of government-to-government support and knowledge-sharing is widely seen as a successful model that could be replicated to other areas, such as major infrastructure or reconstruction projects.

“The success of the 2012 London Olympics and Paralympics was a proud moment for all Londoners as we showed the best that the UK and London has to offer on the world stage. I am confident that the 2019 Pan American and Parapan American Games will prove to be a similar showcase for Lima and I’m delighted that we can share our knowledge and expertise with our Peruvian friends. London has always been open to hosting the world’s greatest sporting events and helping other cities to do the same.”

Peru has an estimated infrastructure gap of $160bn which creates an opportunity to contribute to sustainable growth of the Peruvian economy as well as an opportunity for British businesses seeking to export goods and services. A Joint UK-Peru Infrastructure Task Force will be meeting in London so that key public, private and third sector actors can discuss priority issues for infrastructure development.

This will be the second meeting of the joint Infrastructure Task Force. It will build on the previous meeting following its creation last year when former Foreign Secretary Boris Johnson travelled to Peru. So far the task force has led to the UK delivering a workshop to Peru’s audit office on contract models, a scoping visit on Building Information Modelling, the appointment of experts to provide advice on the development of Peru’s National Infrastructure Plan, and the launch of terms of reference to share experience on delivery models for large infrastructure projects.

The purpose of the Task Force is to provide an effective mechanism for sharing experience and best practice on the prioritisation, financing, procurement, management and delivery of major infrastructure projects in Peru.

International Affairs Free and fair elections to support the people of …