Highways England used the pipes to hold electricity cables while it carried out the biggest improvement scheme since the motorway first opened in Cheshire in 1963, adding extra lanes and new technology to tackle congestion and improve journey times.

The pipes ran the length of the 19-mile scheme and were temporarily secured to the top of the concrete safety barrier in the central reservation while work was taking place at the edge of the motorway.

Some of the pipes were donated to Sandbach School ahead of the scheme’s completion to mark out sports pitch boundaries and they are already playing their part in the students’ sporting successes.

Since the purple pipes were introduced, the under 12 and under 16 hockey squads have both become North of England Schools Champions with the under 16s also qualifying for the national finals at the Olympic Park in London.

We’d been looking at purchasing pitch dividers for our all-weather pitch but they can cost thousands of pounds so we’d been considering other options.

I was driving on the M6 to the football one day and it suddenly popped into my head that the purple pipes that ran along the motorway would be the perfect solution for what we needed.

Everyone’s been massively impressed with the pipes since they were donated to the school as we can use them to create smaller pitches for the different year groups and they stop balls disappearing. They’ve saved us a lot of money and work really well! 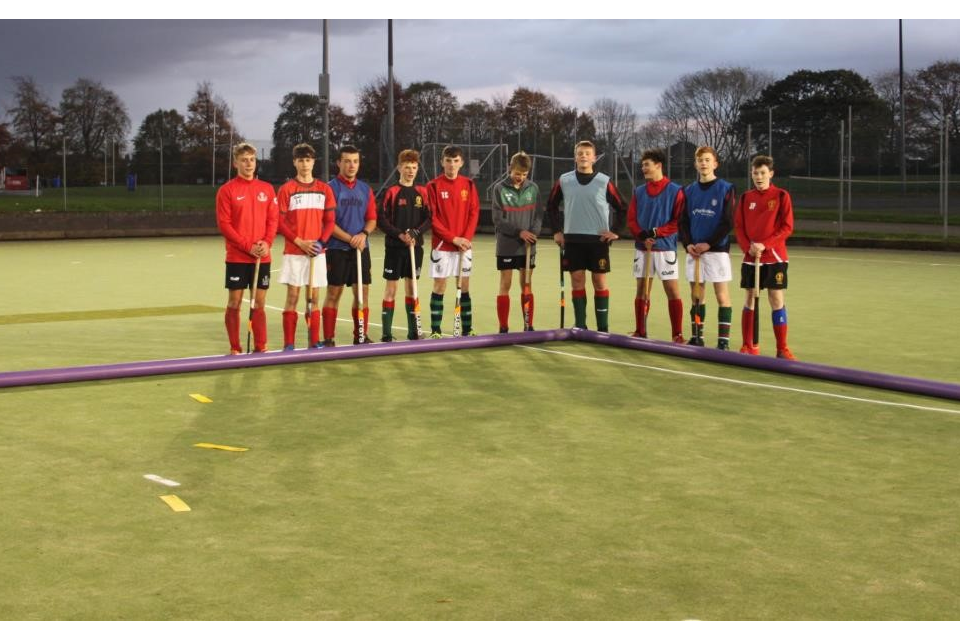 The M6 upgrade between Crewe and Knutsford is the first of four smart motorway schemes to be finished that will increase the M6’s capacity by a third on 60 miles of the motorway between Coventry and Wigan.

Highways England’s main contractor for the project, Kier, also worked with local community groups during the upgrade to provide extra benefits. The construction team turned a scrap piece of land into disabled parking spaces at St Oswald’s Church in Brereton, resurfaced the access road to Holmes Chapel community centre, and provided cones and signs for the Winter Wonderland charity event in Weston and the Sandbach Transport Festival.

The scheme, which employed over 6,000 workers including 16 apprentices during the three-year upgrade, was also recently awarded the Gold Award in the national Considerate Constructors Scheme.

The improvements we’ve made to the M6 are benefiting the tens of thousands of drivers who travel on the key route between the Midlands and North West every day.

We’ve also been keen to make sure that local communities have been able to benefit from the scheme while the work has been taking place, and it’s great to see the purple pipes we used on the motorway have now found a new life at Sandbach School.

I’d like to pass on my thanks to everyone who worked on the scheme for going the extra mile to get the project finished ahead of schedule, and to local residents for bearing with us while we carried out the upgrade.

The donation of the purple pipes to Sandbach School isn’t the only sporting link to the M6, with a new Highways England partnership with the Football Association also set to benefit Manchester City fans heading down the motorway to Wembley Stadium for the FA Cup Final next month.

Highways England has teamed up with The FA to help drivers plan their journeys and warn them of any incidents, delays or congestion, using social media and the extensive array of digital messaging signs on motorway gantries.