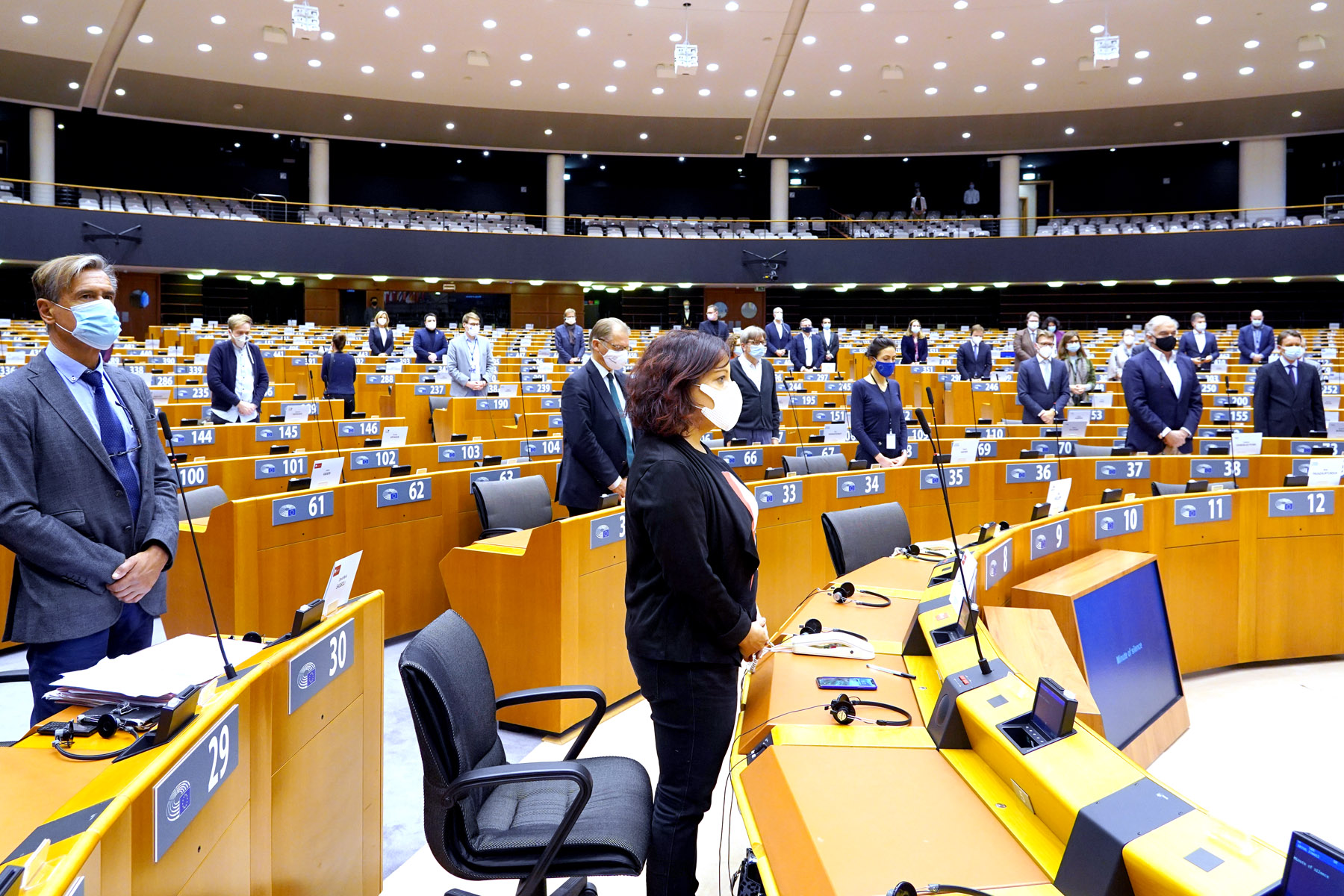 Expressing his condolences to the friends and families of the victims of the terrorist attacks in Dresden, Conflans-Sainte-Honorine, Nice and Vienna, President Sassoli stressed that every attack represents an attack on the EU’s fundamental values, freedom of expression, religion, and an open and inclusive society.

It is our shared responsibility to fight all types of extremism, said the President, adding that MEPs stand united against violence and hate.

Council and Commission Statements on the Multiannual Financial Framework (including Own Resources), Rule of Law Conditionality Mechanism and the Recovery Fund for Europe are added as the first item in the afternoon.

Two statements by the Vice-President of the Commission/High Representative of the Union for Foreign Affairs and Security Policy on:

are postponed to the November II part-session.

The debate on the report by Mr Mureşan and Mr Tang on Sustainable Europe Investment Plan – How to finance the Green Deal is moved to Thursday morning as the last item in the morning.

The reports by Ms Bilbao Barandica and Ms Roose which were part of the Joint debate on the Fisheries Partnership Agreements with Senegal and Seychelles are moved directly to the votes.

The reports by Mr Winkler which were part of the Joint debate on the Agreement between the European Union and the government of the People’s Republic of China are moved directly to the votes.

In addition, the following files are added directly to the votes:

The information concerning the distribution of votes is available on the website of the European Parliament under the section “Priority information”.

The changes to the agenda with timing of votes can be found here.

Decisions by committees to enter into inter-institutional negotiations (Rule 71) are published on the plenary website.

If no request for a vote in Parliament on the decision to enter into negotiations is made by Thursday 12.00 midnight, the committees may start negotiations.

Information on the extraordinary remote participation procedure is available here.