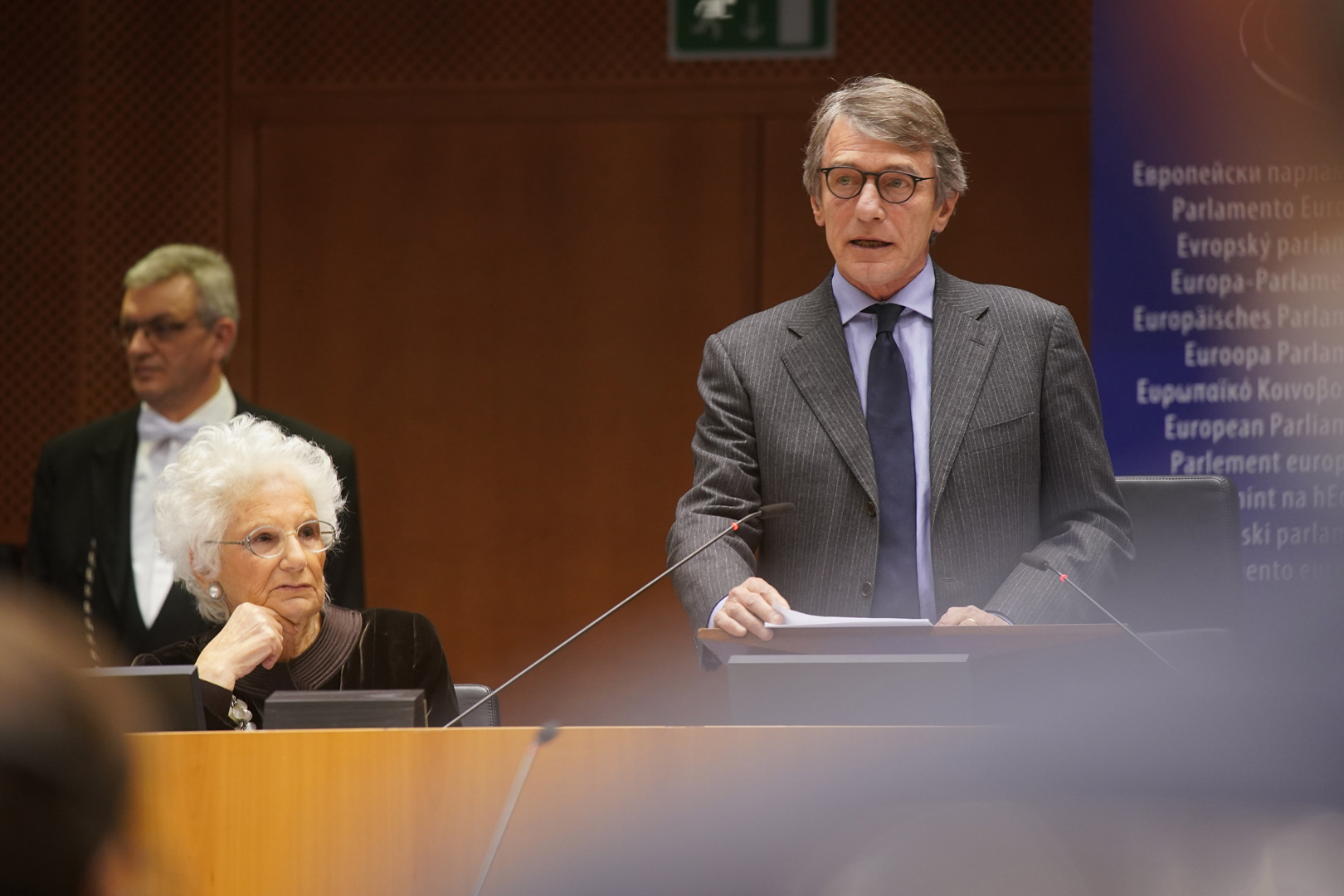 In the presence of Ms Anita Lasker-Wallfisch, world famous cellist and surviving member of the Women’s Orchestra in Auschwitz, Mischa and Maxim Maisky performed “From Jewish Life: Prayer” by Ernest Bloch on cello and piano.

In her speech, Liliana Segre, the 89-year-old Italian senator-for-life and Auschwitz survivor, recalled the absolute inhumanity of the camps and “death marches” organised by the Nazis in 1945, which she survived as a young girl, unlike many others: “They were merely guilty of being born”. She stated that she has a duty to bear witness, as long as she lives.

Statements by EP President David Sassoli and Commission President Ursula von der Leyen on the inviolability of each and every person’s dignity and the duty of Europeans to stand up against anti-Semitism, racism and discrimination were followed by a minute of silence. The Karski Quartet and Naomi Couquet (Mezzo-Soprano) performed Maurice Ravel’s “Kaddish” to close the solemn sitting.

View the full ceremony by VOD

Press release – Parliament commemorates the liberation of Auschwitz 75 years ago