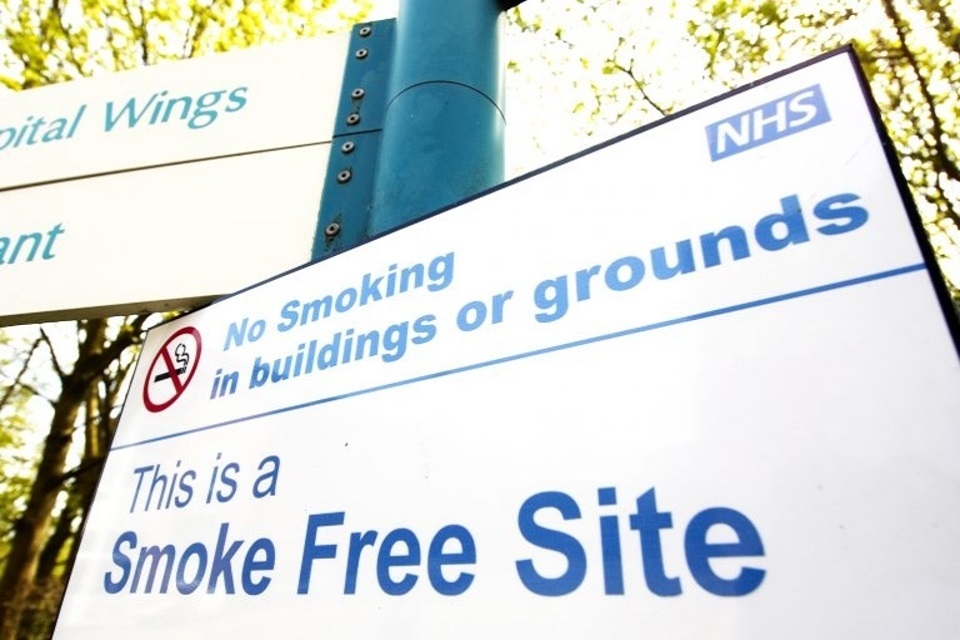 Public Health England (PHE) has found that Trusts are making steady progress in becoming smokefree, with smoking now banned completely on the grounds of more than two thirds (69%) of NHS acute Trusts in England. Yet despite this progress, almost a third (31%) have not yet enforced total smoking bans across hospital premises.

The survey was carried out as part of PHE’s Smokefree NHS campaign, which encourages all hospitals to provide smokefree environments as part of supporting smokers to quit and reducing tobacco-related harms. The NHS Five Year Forward View included a commitment for all Trusts to have fully smokefree sites by spring 2020.

One in four hospital beds are occupied by a smoker, and most of them want to quit. Many patients or visitors will be going through difficult times, but smoking remains England’s biggest preventable killer and it is time for the NHS to stop smoking within its hospital grounds, everywhere.

It cannot be right that it is more acceptable in some hospitals to smoke at the front door than it is outside a pub.

As well as encouraging Trusts to prohibit smoking on site, the Smokefree NHS campaign calls for all patients who smoke to be offered evidence-based quitting support. The NHS Long Term Plan, published in January 2019, commits to offering NHS-funded tobacco treatment services to all inpatients who smoke, regardless of why they are in hospital, by 2023 to 2024.

Quitting smoking has clear health benefits, which is why the NHS Long Term Plan details a number of practical actions to help people kick the tobacco habit.

Smokefree NHS premises are an important part of this drive, and the successful schemes we are seeing already provide a blueprint for other Trusts to achieve this over the coming year.

The survey highlighted examples of how Trusts are successfully implementing smokefree policies, including:

NHS acute Trusts such as mid-Yorkshire, Northumbria and South Tees are among those highlighted as adopting innovative approaches to help ensure smokefree premises.

Some NHS Trusts reported that implementing policies on e-cigarette use and allowing vaping in designated areas had helped them to achieve smokefree status.

No one should have to walk past a cloud of smoke in order to enter or leave their local hospital – we must lead by example, and I am determined to see a smoke-free NHS by 2020.

Smoking is still one of the biggest causes of death in this country, and through our NHS Long Term Plan, every smoker admitted to hospital will now be offered targeted NHS support to quit. I am encouraged by this new survey, which shows great strides have already been made towards a smokefree NHS – I strongly urge all Trusts to follow suit.

The PHE survey ran from December 2018 to March 2019. Participation in the survey was voluntary, with Trusts participating on condition of anonymity. Out of 145 Trusts contacted by PHE, 134 responses and 11 nil-returns were recorded.

Being a smokefree Trust was defined as providing evidence-based support for smokers to quit and prohibiting smoking anywhere on the premises, in line with NICE Guidance.

Trusts were scored on a seven-point scale according to the smokefree policies they have in place. Trusts with nil-returns were automatically scored zero for all criteria.