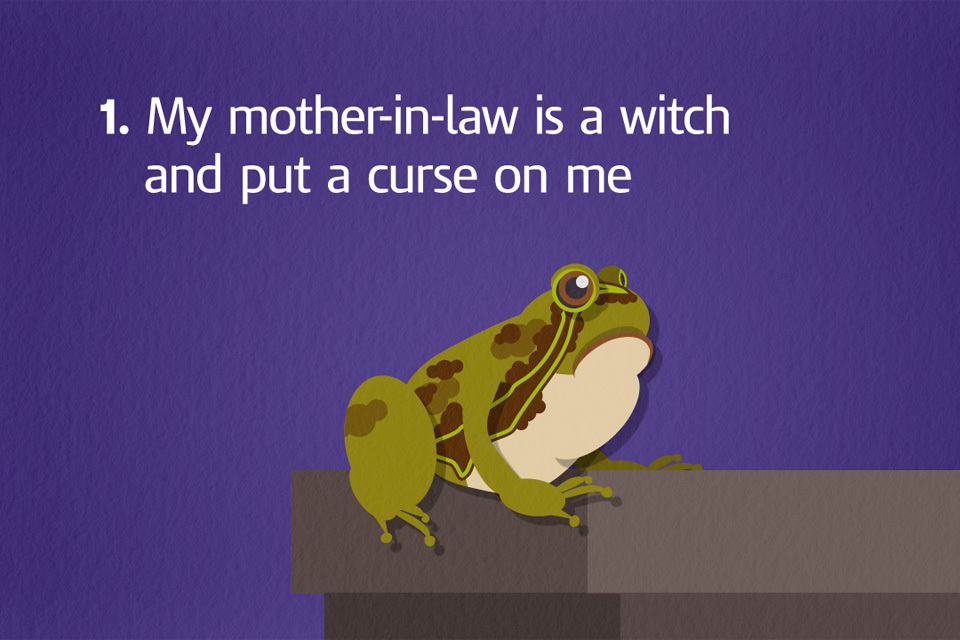 Most of our customers complete their tax returns honestly and on time but every year HM Revenue and Customs (HMRC) receives some outlandish excuses and expense claims.

Some of the most bizarre excuses HMRC received from customers who missed the Self Assessment deadline include being too short to reach the post box and having fingers too cold to type. Here are some of the strangest from the past year:

You can watch a YouTube video about the most bizarre excuses.

As well as unbelievable excuses, every year we also receive some dubious expenses claims for unconvincing items like woolly underwear and pet insurance for a dog. Some of the most questionable include:

All these excuses and expenses were unsuccessful.

You can watch a YouTube video about dubious expense claims.

We want to make it as simple as possible for our customers to do their tax returns and the majority make the effort to do theirs right and on time. But each year we still come across some poor excuses and expenses which range from problems with maids to televisions.

Help will always be provided for those who have a genuine excuse for not submitting their return on time but it’s unfair to the majority of honest taxpayers when others make bogus claims.

If you think you might miss the 31 January deadline, get in touch with us now – the earlier we’re contacted, the more we can help.

HMRC will treat those with genuine excuses leniently, as we focus our penalties on those who persistently fail to complete their tax returns and deliberate tax evaders. The excuse must be genuine and we might ask for evidence. Those listed above were all declined on the basis that they were either untrue or not good enough reasons.

Customers who provide HMRC with a reasonable excuse before the 31 January deadline can avoid a penalty after this date.

The penalties for late tax returns are:

There are also additional penalties for paying late of 5% of the tax unpaid at 30 days, 6 months and 12 months.

Finance Self Assessment deadline: less than one month to …
0
✖