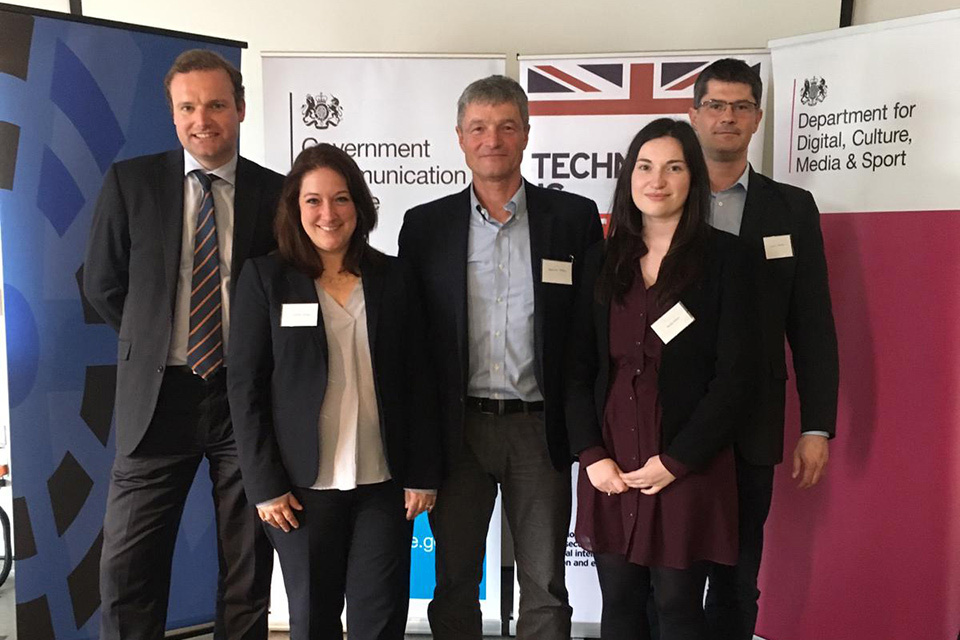 Semantic Visions has been announced as the winner of a $250,000 grant to help fund the development of cutting-edge new technology to combat disinformation online.

“The Tech Challenge” was created as part of a transatlantic crackdown on the spread of disinformation – a collaboration between the Department for Digital, Culture, Media and Sport, the Cabinet Office and the US State Department’s Global Engagement Centre (GEC).

Held yesterday in Bristol, the competition brought technology companies from across the globe together and gave them the opportunity to showcase new product ideas for tackling disinformation.

After a competitive pitch process, Semantic Visions secured the funding award to finance their platform which provides real-time detection of adversarial propaganda and disinformation and gives user joint situational awareness of event and emerging trends.

‘The Tech Challenge’ forms part of a series of UK Government initiatives to address the growing threat of disinformation and ensure citizens are safe online.

This event brought our international partners together to help foster creative solutions to a shared problem – I congratulate all who helped bring it to life. Soon I will be setting out the actions UK government has taken to address this issue in the publication of our Online Harms White Paper. It will establish a range of new measures – including clear responsibilities for tech companies – to improve the safety of UK citizens online.

Having worked on creating ways to counter disinformation since 2016, this is the first major recognition we have received on our work. It is an honour and a pleasure to receive this grant. We look forward to working with the UK and U.S government on helping to protect democracy.

Semantic Visions is a Czech company that collects and analyses 90% of the world’s online news in real time, and using their Open Source Intelligence platform they will work with the UK and US to provides real-time detection of adversarial propaganda and disinformation and act as an early warming system for governments and institutions.

The Global Engagement Center first kicked off its Tech Demo Series in the summer of last year to identify technological solutions and build stronger public-private partnerships in the fight against foreign propaganda and disinformation. Today’s Tech Challenge in Bristol, organized in close partnership with the UK government, shows how far this effort has already come and the potential it has to continue to grow.

The competition attracted entries from both sides of the pond and 7 finalists were selected from UK, Indiana, Bulgaria, Italy, Ukraine, and the Czech Republic. Deep Seer and the Changing Character of War Centre represented the UK.

A flourishing democracy is based on citizens being empowered, through fact-based public debate, to make informed decisions. The UK Government has been publicly consulting on the requirement for digital election material to include the details of who has produced it and I am encouraged to see these tech companies playing their part to help protect the news environment from disinformation.

In addition to exhibiting technology companies, speakers included experts from the UK Government, NATO, and EUCOM, who provided further insight on the challenges brought by the ever-evolving online media landscape.

Competitors were judged by a panel of senior UK and US government representatives. Their product ideas where reviewed against their potential to tackle the following criteria: